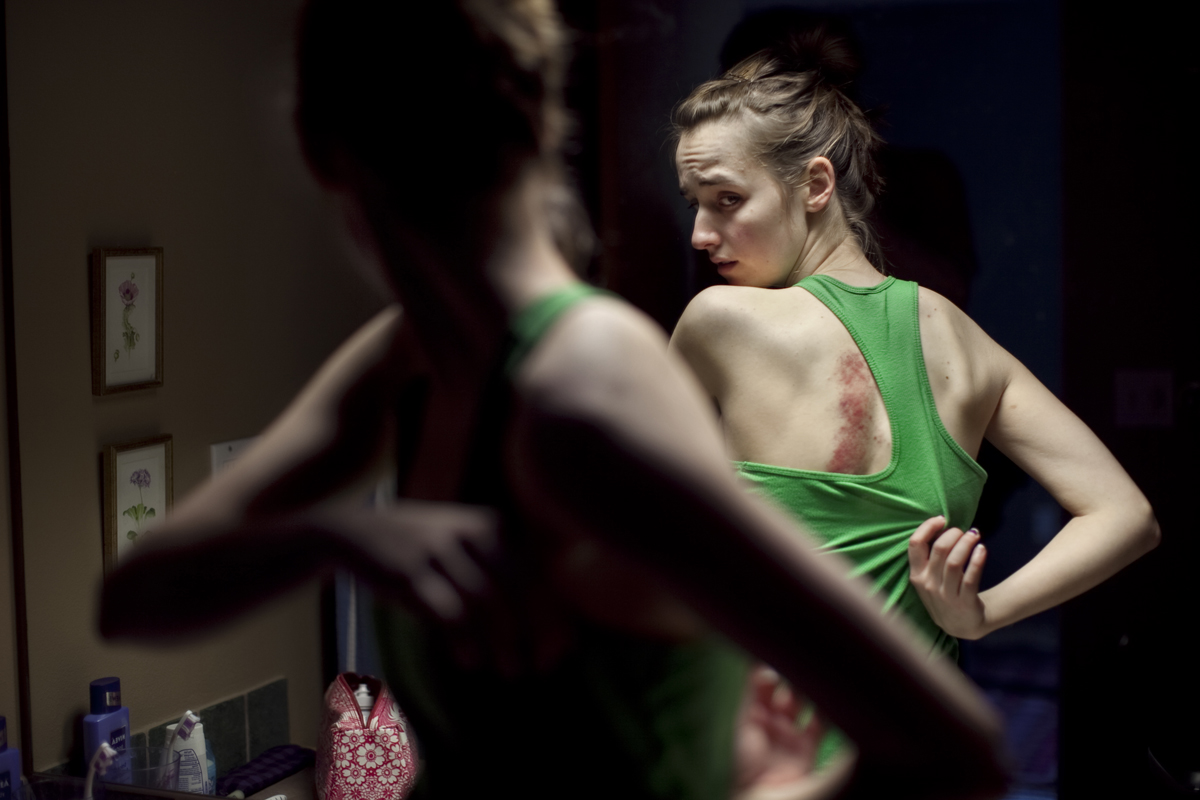 Named as one of Filmmaker Magazine’s 25 New Faces of Independent Film, director Mark Jackson has crafted a perfectly balanced portrait of a young woman balancing on the edge of sanity, whilst drowning in the depths of grief in his feature debut Without.

On a remote wooded island, a young woman becomes caretaker to an elderly man in a vegetative state. She has no cell signal, no Internet. Only a year removed from high school and forced to meet the needs of a man who cannot respond, Joslyn vacillates between finding solace in his company and feeling fear and suspicion towards him. As the monotony of her daily routine starts to unravel, boundaries collapse and Joslyn struggles with sexuality, guilt and loss.

A lot of it is people watching and projecting ideas and backstory on strangers.