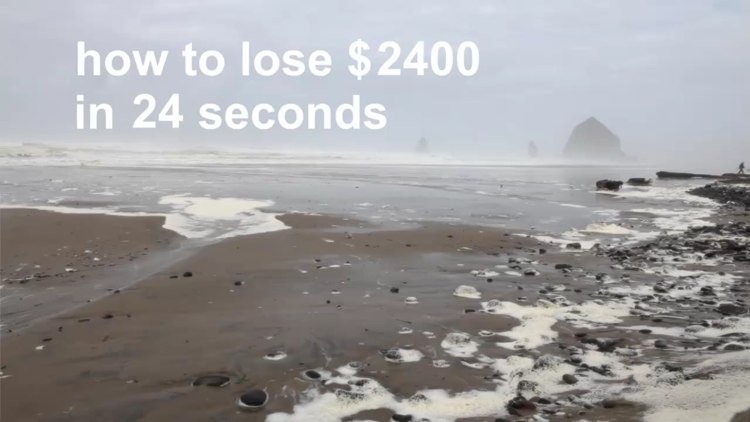 We’ve long known that our friend Kurtis Hough likes to push things to their limits in his experimental filmmaking, but it seems this time Kurt got pushed back hard by the elements at Cannon Beach, Oregon who claimed his Canon 5D Mark II as an offering for the sea.

Kurt shared his misfortune in the painful watch How to Lose $2400 in 24 Seconds as a warning to the rest of us. Luckily the camera Gods over at B&H took pity and sent Kurt a free replacement – they probably couldn’t bear to hear his wailing and gnashing of teeth anymore.