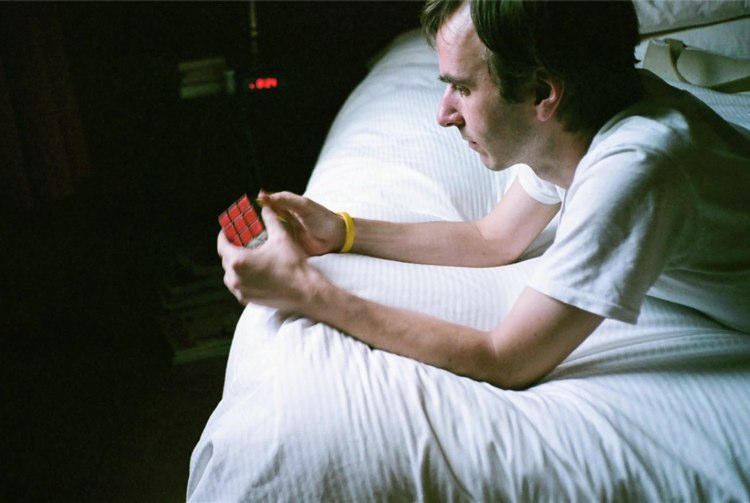 When I initially hit play on Jeff Harris’ 4,748 Self-Portraits and Counting, I have to admit that a hint of cynicism did flicker across my mind. Why did I want to watch yet another pic-a-day project peppered with the odd beautiful image rising from a mountain of averageness? I couldn’t have been more wrong!

Harris, who’s been shooting daily self-portraits since 1999 (sometimes assisted by friends, strangers or famous idols), goes through the typical progression of any constant photographer, with his early mundane shots giving way to more adventurous, visually interesting compositions as his adeptness increases. But at some point there’s a shift where his life, and not simply his images, becomes more interesting as he strives for new daily experiences to document. It is this hunger to surpass what has gone before that spurs him onwards after cancer treatment leaves him partially paralysed due to the severing of his sciatic nerve – an ordeal which Harris continues to document, through X-rays, surgery and convalescence images.

After watching 4,748 Self-Portraits and Counting I couldn’t help but come away with the sense that a life well documented could be the kick many of us need to lead a life well lived. If looking back at your everyday leaves you bored shitless, then perhaps you’ve been wasting your precious time here? Now tell me, what did you do today worthy of a picture?