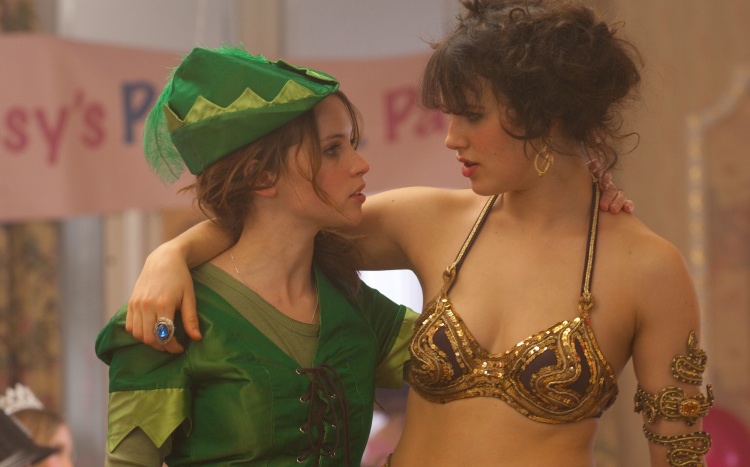 Outside of the briefest of flying visits I was a no show at last year’s Edinburgh International Film Festival, which meant that (amongst many other things) I missed the world premiere of Niall MacCormick’s debut cinematic feature Albatross. It also slipped past me on its UK theatrical release so I was intrigued to finally take a look once it hit DVD.

In the spirit of fairness, I’d like to point out that Alex caught Albatross at EIFF and, a couple of reservations aside, gave it a largely positive review. I think he’s a much more forgiving soul than I.

In the Making of Featurette (the only extra included in the DVD release outside of the trailer) writer Tamzin Rafn states that growing up in Worthing she became obsessed with David Leland’s Wish You Were Here and Albatross was her version of the film; Emily Lloyd’s acerbic Lynda Mansell excised to make room for Beth, Rafn’s mother’s advice to her rebellious daughter made flesh, counterbalanced by the embodiment of Rafn’s Sherlock Holmes loving, desperate to escape the narrow confines of her hometown self. It’s a comparison which I’d suggest is best not brought to mind, as Albatross has none of Wish you Were Here’s wit and is most certainly lacking in any engaging drama which could stand up to Leland’s highly regarded classic.

MacCormick may have purposely avoided the feel of ‘Brit Grit’ to instead embrace universality, but what he actually managed to achieve wasn’t the emotionally profound piece he strived for but instead a hackneyed 88 minutes that isn’t weighty enough to be considered dramatic, yet lacks the humour which could have allowed it to be enjoyed as a farce. It would however make for a decent game of cliché bingo: marginalised, bookish daughter – check; put upon, blocked writer – check; unappreciated, unaware wife – check; an attractive rebellious teen ready to come shake things up, but who has her own problems despite a ‘don’t give a fuck’ exterior – check; let the affairs, betrayals and revelations commence – Bingo!

That said, Jessica Brown-Findlay does what she can as Emelia Conan Doyle (yes, that Conan Doyle), but her efforts were never going to pay off saddled to this project – OK, that was a cheap shot I admit, but if you call your film Albatross you’re asking for it.

Albatross is released on DVD today.