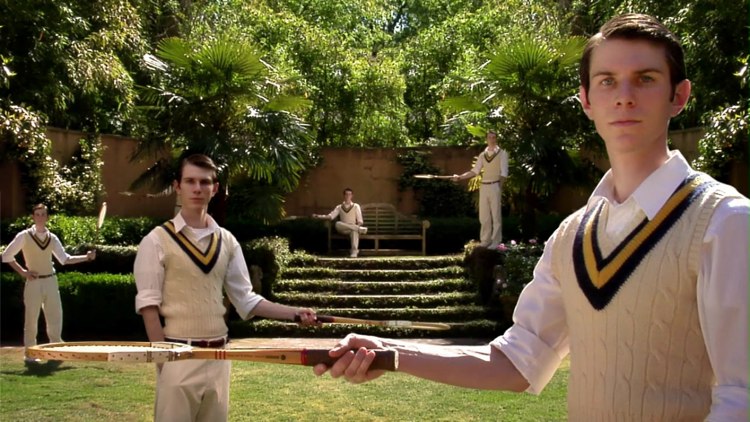 Film is imitating life […] and we can mess with it like crazy! (IFC Icons)

Yesterday I read Thrash Lab’s interview with Andrew Huang for Solipsist and saw he cited fellow experimental filmmaker Michael Langan as a source of inspiration, so I figured I’d check him out. I haven’t stop kicking myself since!

Langan’s been a recognised force on the filmmaking scene (by everyone with their eyes open, i.e. not me) since his student film Snail made its premiere in 2007 at the Ann Arbor Film Festival. He’s since had his films screened at over a hundred film festivals worldwide garnering top awards, including a Student Academy Award nomination for Doxology.

His approach to experimental filmmaking manages to be jawdroppingly impressive whilst remaining fun and playful, as you find yourself pulled into the currents of his repositioned looping frames.

In a pitiful attempt to recompense for my previous ignorance, here are some films from Langan and while you’re at it take a listen to the interview he did with Spoiler Alert Radio.