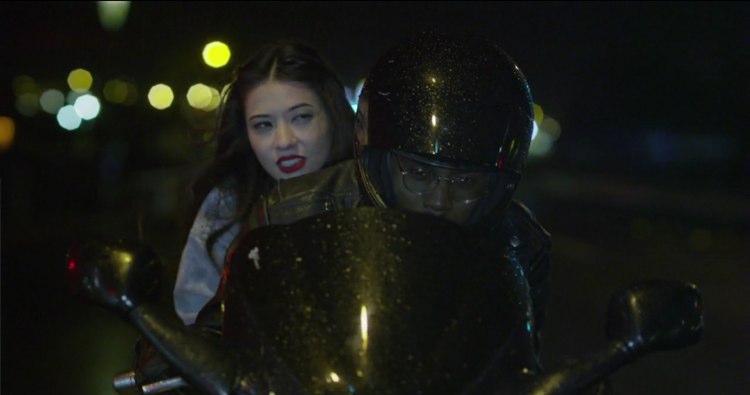 I think someone needs to inform the music authorities (no not the RIAA, we need someone who understands things such as evidence and cause & effect), because there seems to an epidemic this year of music promo murders going down. Don’t believe me? Let’s count the unmarked graves:

First we had the victims’ party for the famed starved serial killer of The Twilight Sad’s Another Bed followed by the warped maternal love of The Golden Filter’s self-evidently titled Kill Me. Then Jake Gyllenhaal goes all batshit crazy in The Shoes’ Time To Dance, and Liars get hunted down in No.1 Against The Rush.

Well now Blood Orange (come on, you were tempting fate with a name like that Devonté!) gets to add his name to the missing persons list of fame when he gets suckered in by a wily woman in Abteen Bagheri’s promo for I’m Sorry We Lied. When will you music types learn? Always tell a friend where you’re going and check in when you get there!