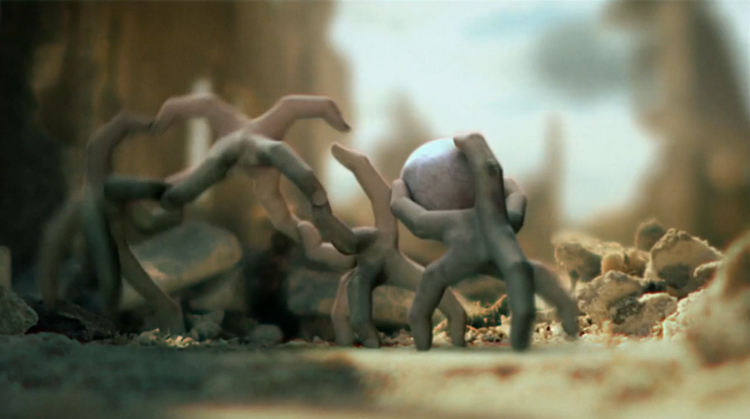 The Origin of Creatures

In a post-apocalyptic world, destroyed by an unknown disaster, a horde of creatures shaped like mutated human limbs strive to rebuild and repopulate the planet. Created by Dutch animator, artist and creative ambassador of The Hague, Floris Kaayk, The Origin of Creatures is a dark new twist on a classic story.

The storyline of The Origin of Creatures is based on one of the most well-known tales about collaboration, the Tower of Babel. This tale is transformed and twisted and is set in an imaginary future, after the world is hit by a catastrophe. Among the remains of a devastated city lives that what is left of humanity. Human bodies are divided into separated parts of the body and are fused to special beings. Together, these creatures form a colony, they can only survive when collaborating. In the rubble of destroyed buildings they are trying to build a nest as large and as high as possible, so that the colony’s queen gets enough sunlight to reproduce, but due to miscommunication this mission is doomed to fail.