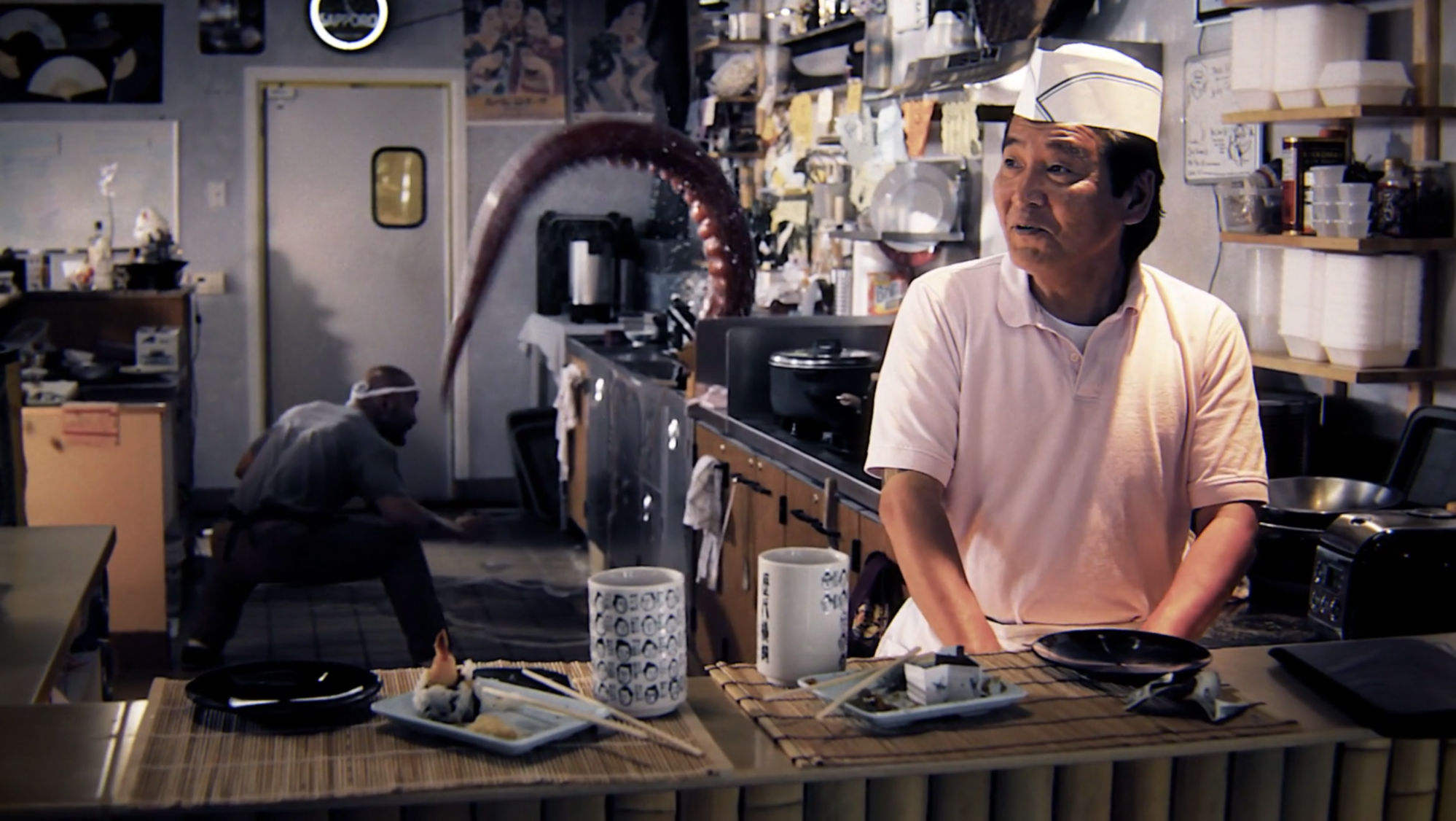 Sushi chefs finally get to show off their knife skills as they enter into an epic battle against an army of giant sea creatures in Dan Blank’s Monster Roll.

This short was created as a proof-of-concept for a feature about sushi chefs fighting sea monsters. It’s a crazy idea, but one we just really wanted to see made. So, we made it.

We sorely miss the tone of those big, fun fantasy movies we grew up with–movies like Ghostbusters, Gremlins, and Big Trouble in Little China. We also want to continue the tradition of more recent movies like The Host and District 9 where strong story, characters, and humor take priority over expensive VFX sequences. – Dan Blank

If you want to know more about the making of Monster Roll, Dan and team have kindly shared a series of behind the scenes videos online.