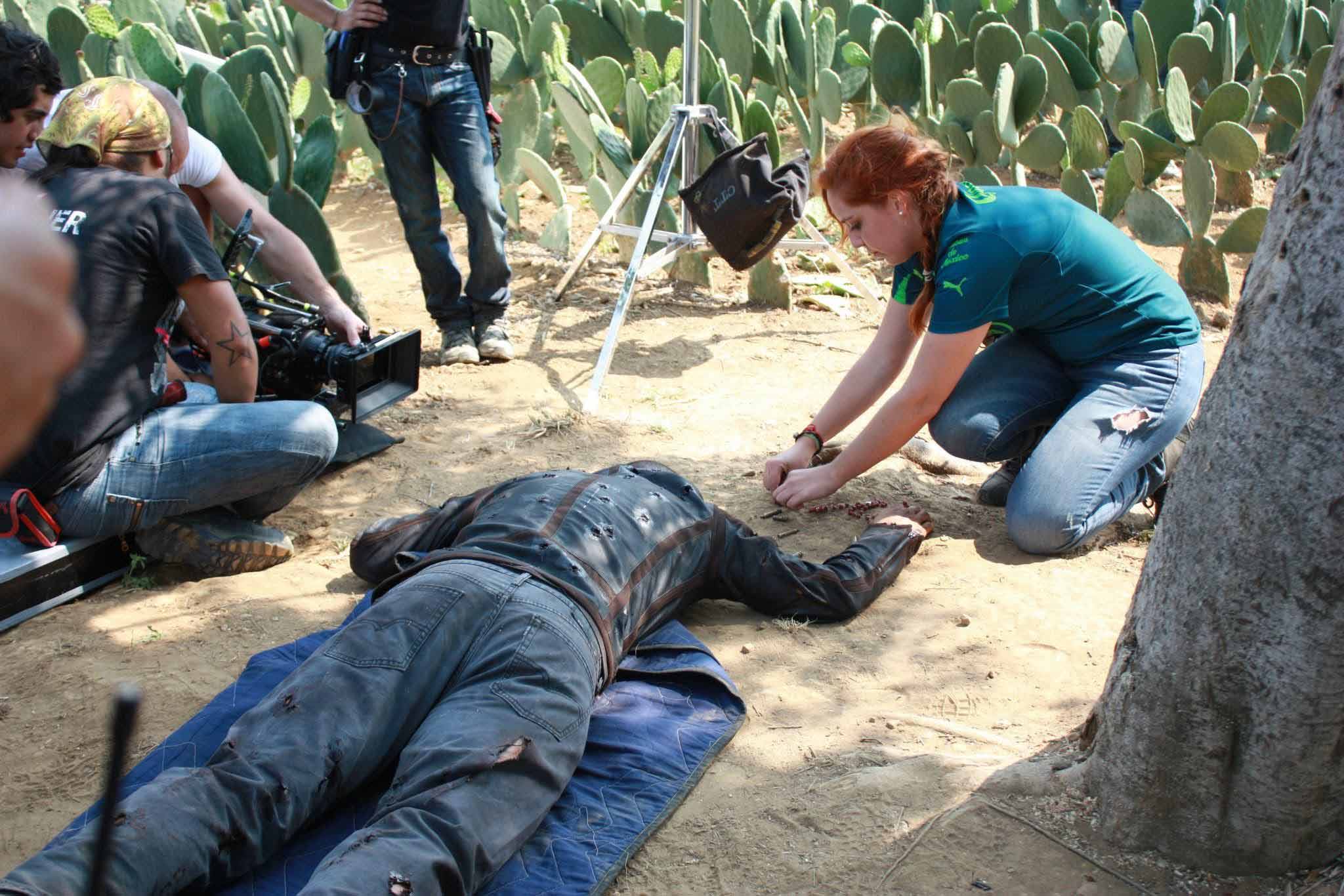 Director Carlos Lopez Estrada is becoming somewhat of a regular here on DN, which is no bad thing at all. Our first glimpse at his work in 2013 sees a lone bullet-riddled man stagger through the Mexican town of Tlayacapan to his final end in Waking World for El Sportivo & The Blooz.

Budget limitations meant that only Carlos, DP Sebastian Wintero and actor Isaac Ravishankara made the trip from LA to Mexico so local crew were brought in to augment the production. This stripped back approach paid off in a promo whose early intrigue resolves with a truly unexpected and visually arresting finale.

Carlos was kind enough to share these behind the scenes stills from the shoot with us: