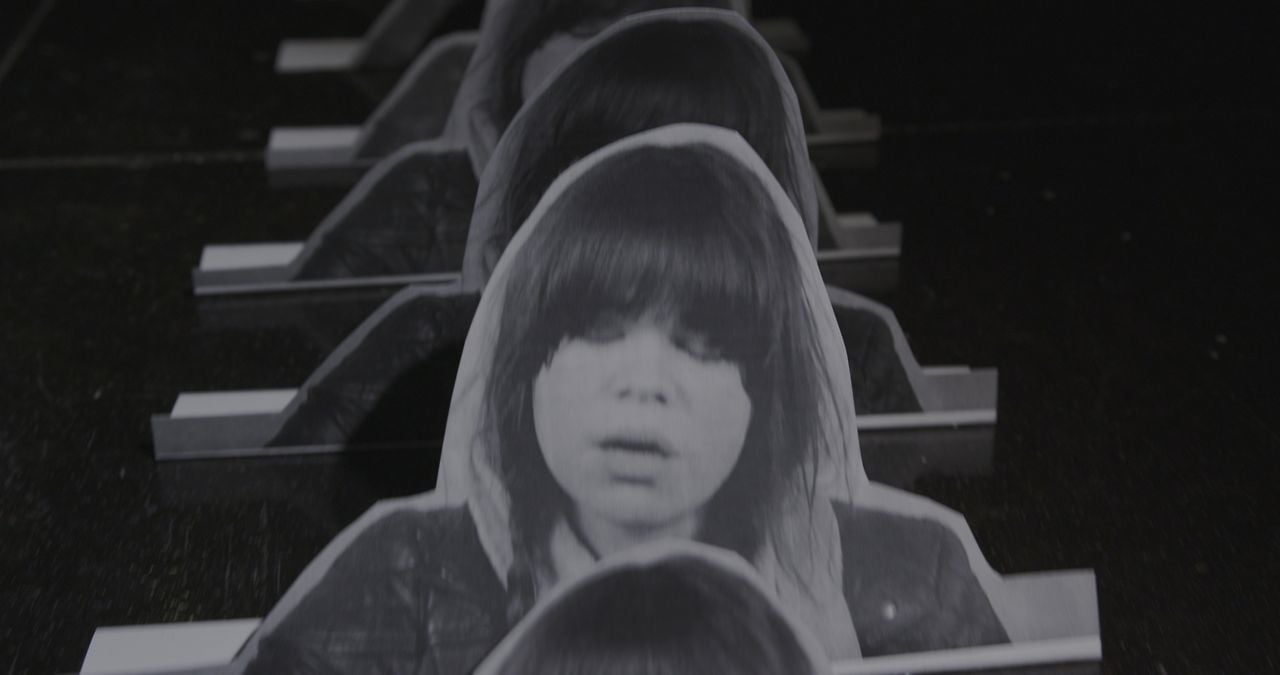 I’m beginning to think that a large part of the filmmaking appeal for LAMAR+NIK stems from the physicality of their creative efforts; if they’re not building ice cities for Houses, they’re handmaking myriad cardboard words for Lushlife. So it should be no surprise to see them raise the stakes yet again for Samantha Crain (who was keen to work with the duo after seeing Magnolia) on the charmingly tactile promo Never Going Back.

In essence, the video is basically a 3D version of a film strip laid out on the ground. In a way, it reflects Samantha’s classical charm. We felt that taking a simple concept and making it great would be the best way to accentuate the music. Although the task was laborious, we’re pretty pleased with the end result.

Laborious is one why to describe the process of handcutting 3,800+ frames of edited video filmed against a white backdrop, laying those cut frames out in a looping line, then filming them all in a single take to be later sped up to match the song. God, just thinking about that tires me out!

Here’s a making of video which time lapses through the creation process:

And in case that zipped by a bit fast, here are some behind the scenes stills from LAMAR+NIK’s Flickr Stream: