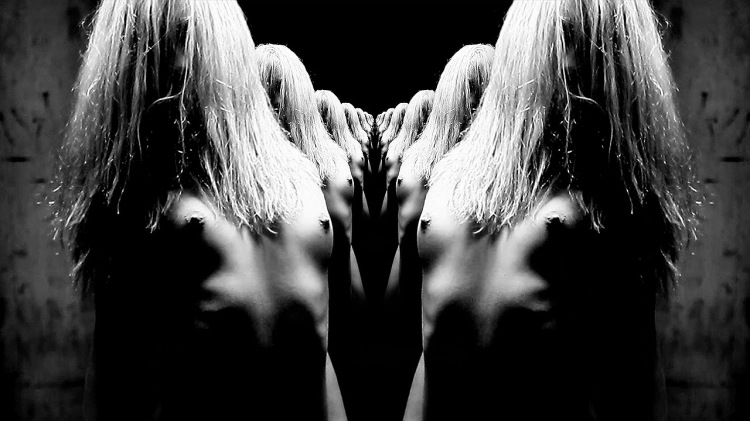 Taking a ‘form fits function’ approach, Jason Pumo’s two-part experimental series In Camera, puts subterranean artist Mirial on the opposite side of the lens from which he creates his striking images. In keeping with Pumo’s desire to have the viewer quickly grasp the themes at hand, whilst presenting them within a visually and auditorily interesting black and white structure, both films come in around the 90 second mark, never outstaying their welcome.

“A pathway is used in the series: short, black and white, with a strong soundtrack. In fact, the music is the same across both films, but by utilising audio post-production techniques, I can get different results which is what really inspires me. I generally think of the sound/music before creating a film as it’s the most important aspect for me; it’s the first thing that opens my mind. That’s why I try to make all my sound or music by myself or by working directly with a musician. The desired result is to get an atmosphere where sound and vision are one, in order to offer a trip to the viewer.”

As in its subject’s work, In Camera contains some art-based NSFW imagery.

Here are a couple behind the scenes stills from the shoot: