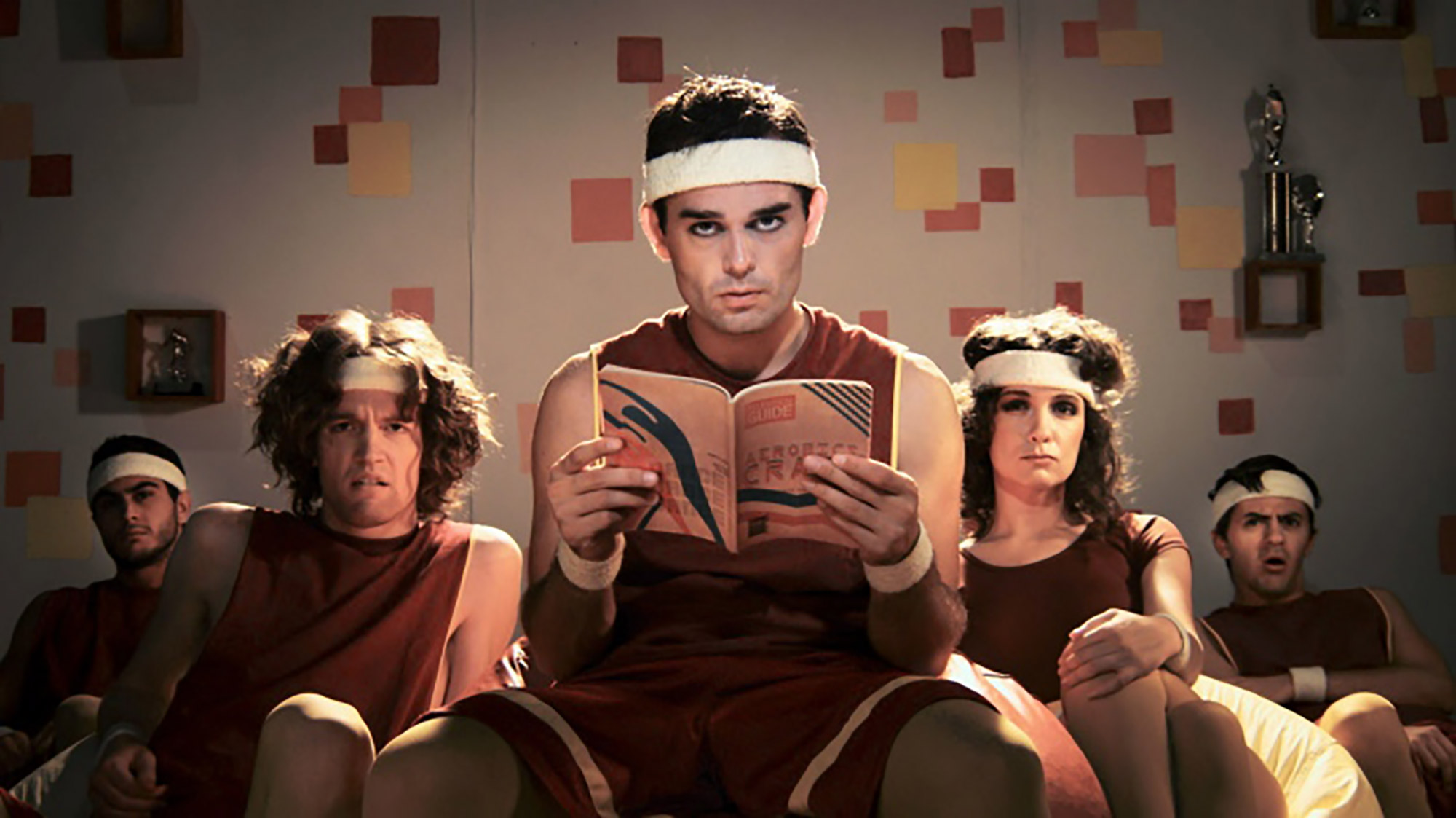 If like me you believe that too much fitness can’t be good for you (at least that what I say from the moulded comfort of my sofa), then Tim Hendrix’s fatality strewn promo 80s Fitness for KOAN Sound provides all the incentive you need to remain spandex free.

With a $5k budget assigned, Hendrix got to work on a treatment, which mostly met the brief but allowed him to keep the fun in the project:

“They said they wanted rotoscoped stock footage of 80s fitness people. I basically wrote this long second treatment that extended upon that. I sent them my reel and said, “What we have is sort of rotoscoped, but you’re not going to get quality roto in a two month time period.” I told them, “We could get this weird animated look and still have a narrative. If you’re giving me $5,000, you can’t deny me the fun of actually making all these 80s costumes.” It’s an error in logic to have those resources and not make some ridiculous reconstruction. It seems like a waste. OWSLA agreed with me, and was incredibly open and supportive from that point onward.” – IMVDb

With the majority of the budget going into production design (*cough* multi-coloured spandex), Hendrix indulged his long held love of miniatures as the locations for the fitness fight to the death, shooting them and the live action actors on the RED One. This approach gave the promo a slightly more tactile feel than would have been possible with hand drawn backgrounds, but did mean Hendrix underwent an intense three weeks of working through the 170 largely green screen effects shots to bring the promo in on time. During the shoot, stunt supervisor Kimo Keoke had been on hand to make sure the violence went off smoothly, whilst tapping into his combined martial arts / jazzercise past to design the promo’s choreography and ensure that the deaths were ultimately fabulous.

Check out this collection of concept art and BTS stills from the promo: