In Stewart Maclennan’s J’attends, a woman patiently waits in anticipation for her potential lover to make his move; they speak, they dance, they drink, but still she waits. That is, until she can wait no longer.

A fan of the modern fashion film, Maclennan decided to take his own stab at the genre:

“It’s been really interesting to watch the genre of fashion films take off over the last couple years. There’s a lot of variety out there, but I think the fashion films I respond to the most are able to show off the clothes and tell a story at the same time. FreePeople’s Roshambo and Cary Fukunaga’s Sleepwalking in the Rift are two recent Vimeo staff picks I thought were fantastic. I also loved Beyond Mountains, More Mountains by Canada and David Altobelli’s film for 55DSL, Roma.

Of course, it’s also easy to make fun of fashion films because so often you see models posing in pastoral scenes with swooning soundtracks and whispered voice overs and the whole thing feels like it’s taking itself so seriously that it becomes a bit ridiculous. I think Mathew Frost’s Fashion Film is just so funny and brilliant in the way it pokes fun at the whole thing. When you think about it, it’s pretty crazy and indulgent to make a film whose main purpose is to feature clothes! And to be totally honest, I think J’attends features some of the clichéd elements Frost is having fun with, so I think finding the right tone can be really tricky.”

That isn’t to say J’attends is all fluff and no content. In keeping with his appreciation of ‘clothes meet story’, the film explores the idea of desire as told from the woman’s perspective; those early days of mutual attraction when the guy hunts for signs that the time’s right to act on his feelings. 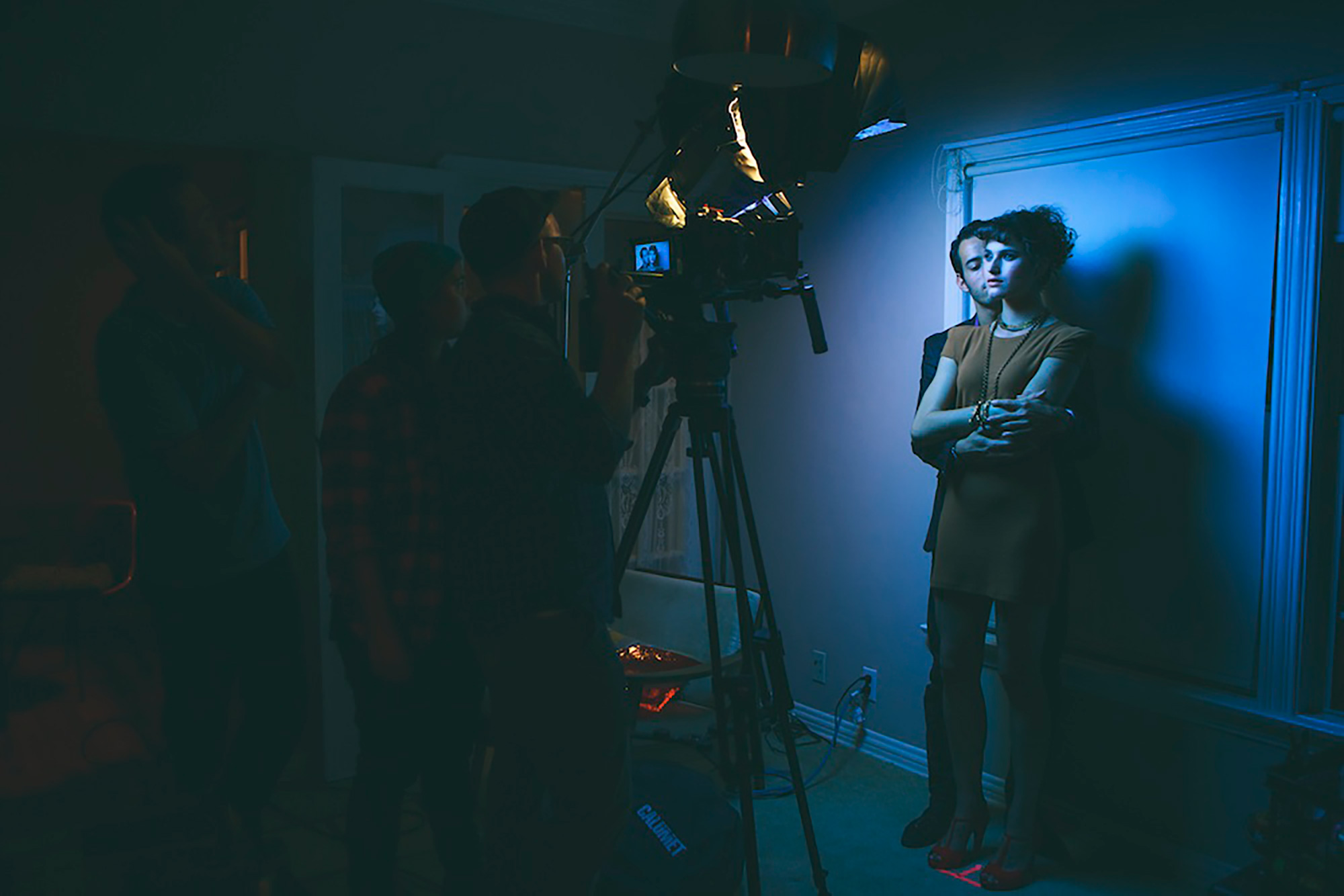 “I thought it would be fun to explore the beats that lead to a first kiss and hear the girl’s thoughts along the way. A few months ago I saw Godard’s Une Femme est Une Femme and I really fell in love with how loose and playful it feels, and of course Anna Karina has so much infectious spirit. I also loved how Godard uses primary colors as well as colored gels to light scenes or faces in his films. Again, Godard and the New Wave are pretty common influences in fashion films and Mathew Frost does his own homage in Une Fille Comme Les Autres.”

Maclennan took Godard’s use of coloured close ups as a jumping off point for a visual motif to represent the female protagonist’s internal and psychological point of view. They also worked as a visual buffer from the playful ‘getting to know you’ narrative portions of the film. Speaking of which, having French / American model Mariah Bonner and French actor Mathieu Forget – who are both accomplished dancers in ballet and hip hop freestyle respectively – take up the lead roles left Maclennan free to create a selection of loose scenes with basic props and directions for the pair to improvise off. 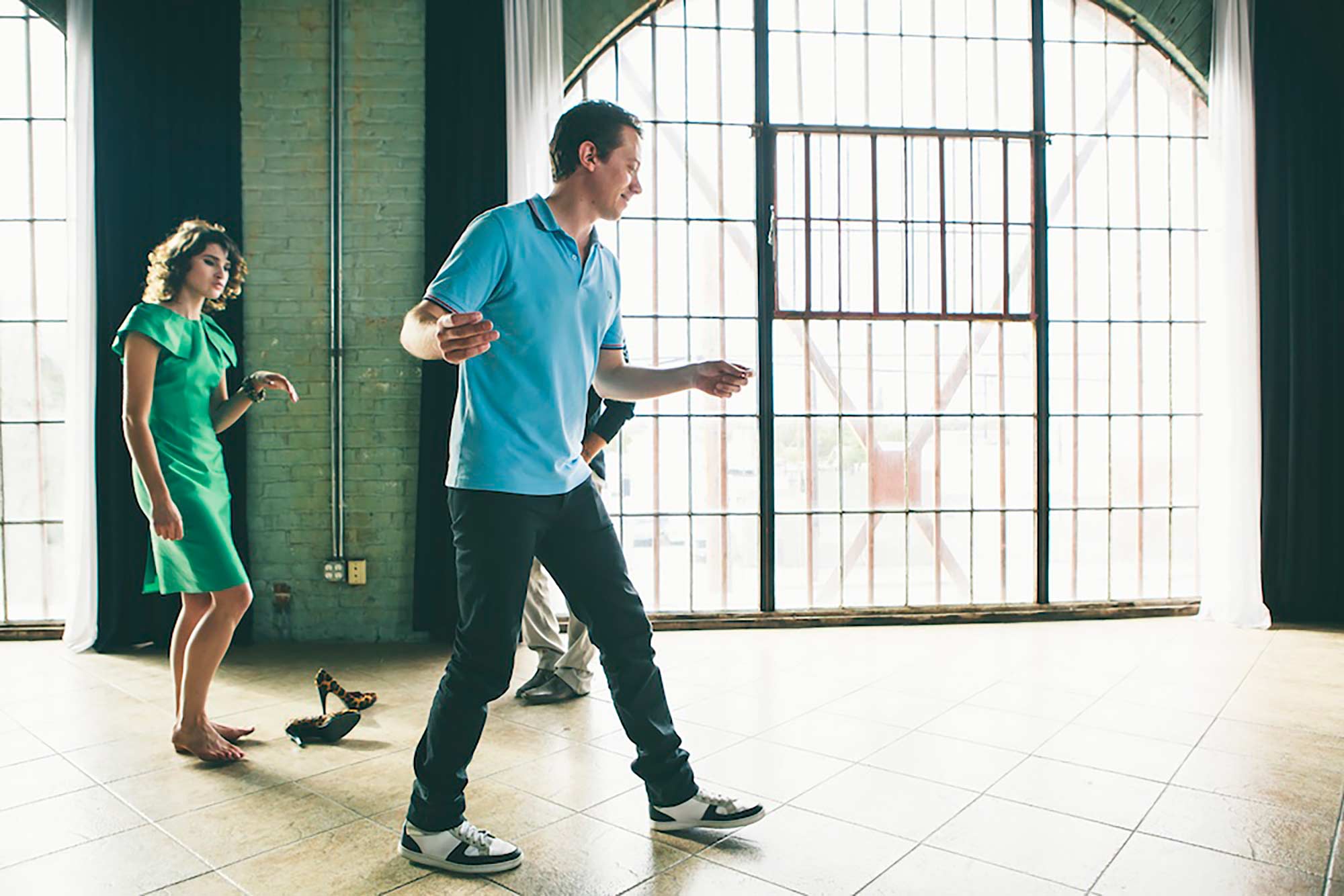 “I knew it would be fun to mix in some Latin music (Tito Puente) and let them dance. I also wanted to explore the idea that early in a relationship there’s always the feeling of play acting / role playing and using constant talk as a buffer — so we built the tin can telephone and had them improvise scenes with that, and around an old piano that was on the roof of our shooting location in Los Angeles. Mariah and Mathieu were great at letting go of any inhibitions and just trying anything — no matter how ridiculous — and as a result you can see they have good chemistry and a natural rapport on screen.”

Regular collaborator cinematographer Topher Osborn shot J’attends over the course of a day on a Canon 5D Mark III shoulder rig with Zeiss primes, using plenty of ND filtration for the outdoor scenes. This ‘lean and light’ set up meant that Osborn could follow wherever the improvised action led, yet still capture the desired precise compositions. The coloured close ups where shot against lit sheets after a certain amount of tweaking to hit the correct tones.

As a personal project, Maclennan didn’t have any specific designers on board to dictate or provide the clothes, so he put himself in the capable hands of stylist Maureen Borsodi:

“We worked together to mix and match couture, ready to wear, and vintage looks. For example, Mariah wears a Carven camel coat from their 2011 collection with a tailored green J crew dress. For Mathieu, we combined a vintage Missoni sweater with contemporary shirt and scarf. Since red is a key color in the film I gave Mariah a red umbrella — just like Anna Karina had in Une Femme Est Une Femme. I also worked with a wonderful make up artist who works in London quite a bit — Mia Yang — along with hair stylist Yoko Kagaya to create some 60s-esque looks for Mariah.” 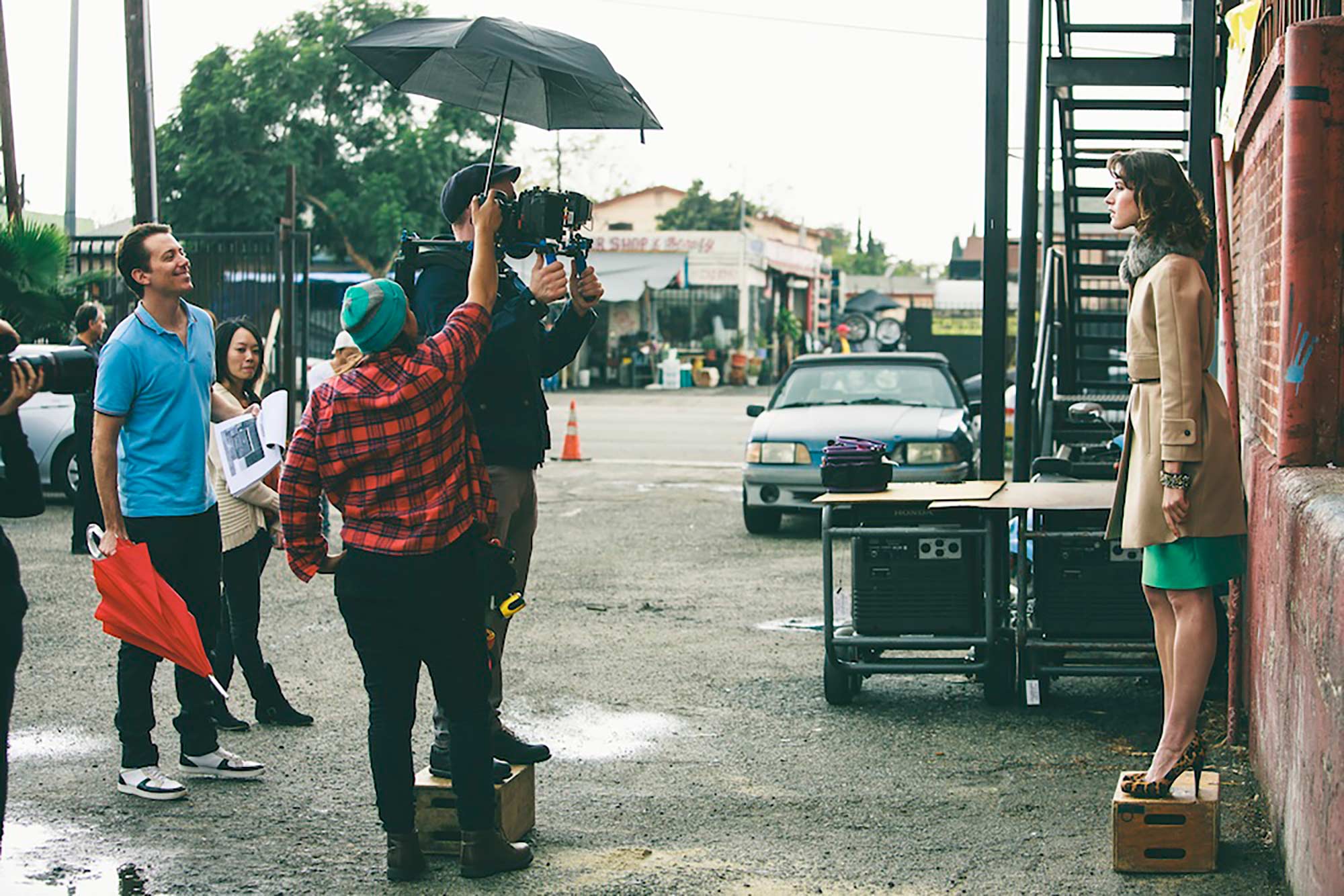 Once he had the film shaped into rough cuts Maclennan began work on the inner monologue voice over script. In keeping with the French themes which had permeated the project thus far, Maclennan had Bonner (who speaks French fluently) record several variations of the voice over (translated from English by his fiancée Mairi, a professor of French up at UC Berkeley), whilst watching a cut of the film with rough subtitles for timing. After a little more finessing, Maclennan’s marriage of fashion, story and insight into the female waiting game was complete.