Hawaii & Smith Find The Girl in Kid Francescoli’s ‘Blow Up’

And so begins – albeit not in the order things unfurl – a music promo mystery from Hawaii & Smith in which a guy follows clues to find the girl.

Not quite making the cut as amateur sleuths ourselves, we asked Hawaii & Smith to be more forthcoming with the information about their partnership and the genesis of the Kid Francescoli Blow Up promo:

“Hawaii & Smith is a Brooklyn / Marseille (South of France) based new team of directors. Not so new because we are long time friends and this project was the perfect occasion to officially launch our collaboration which has existed informally for years. We’re part of an informal collective that contains other directors, graphic designers and a bunch of musicians. Kid Francescoli is part of that collective and so is our producer Eric Buisson who launched his production company Ursus just about a year ago. So it’s a kind of family affair.

The idea started with the title of the song, ‘Blow Up’. It’s understandable to conclude Antonioni’s movie was our main influence but it’s not. Not so far. We have a passion for Brian De Palma so his Blow Up remake Blow Out was on our mind throughout the process. We didn’t want to make a classic music video. We wanted to make something with more narrative and structure. Ultimately, we wanted to give to the audience the feeling of having just watched a trailer. A short story that tells a long one with a lot of ellipses. All the the title cards were in the original script. Their function was to fill these ellipses and also provide a subtext to the audience.”

Working with a budget described as ‘low’, Hawaii & Smith, producer Eric Buisson and production coordinator Cecile Henault set out on location around Long Island, New York for the three day shoot. Actors Emily Wroe and Alexander Kikis become an integral part of the production team as they plugged their local knowledge into the gaps of the out of town crew. Although shooting with the Canon 7D (with 14, 24-70 & 70-20 lenses), the pair were at pains to avoid the visual traps of DSLR shoots which had gone before during filming and also in post: 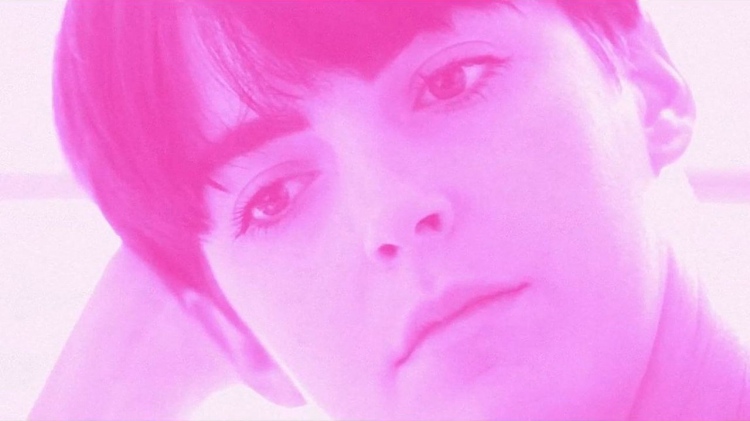 “We didn’t want to have the typical look of EOS filming (with bokeh abuse) so we mostly stayed between 35 & 50 mm. We also used the technicolor cinestyle preset which smooths the contrast. All the post production took three weeks. We edit our projects ourselves and we also do the color correction and graphic design. We did an initial color correction in Apple’s Color then we worked on the black level in After Effects (to lighten the black and to color it with a touch of red). Finally, we added film grain to finish the process.”