Set within the confines of a locked car, Nathan Coetzee’s short In the Wake of Sirens is a modern, impressionistic re-staging of William Golding’s classic novel Lord of the Flies, which remains true to the spirit of the original whilst pushing it into uncharted territory. We asked the London based filmmaker to take DN through the daunting task of adapting and transforming such a classic text.

I stumbled across the work of Werner Amann, specifically his Süddeutsche Zeitung Magazin, Kids Fashion Editorial, featured on booooooom.com and automatically was transported to when my Mum used to leave my brother and I in the car as kids whilst she did the shopping. It’s a weird experience as a kid because you feel this great sense of freedom and euphoria; you take control of your own island for a short while. Then my brother and I would always end up arguing or fighting, so it’s a bizarre mixed of emotions as you sit there waiting for your parent to return… But what if your Mum didn’t return…

This then led me on to the classic Lord of the Flies and I set out to do a form of reworking with my own ideas. Really playing to this duality of emotions with the experience of being left in the car. I knew that I wanted to create something that was ambiguous and experimental, relying on mood and interpretation over a clear narrative. The film still has beats but these are more tonal than narrative.

Notice what the news report on the radio says, about a storm. That’s a small signifier about the whereabouts of the Mum. Originally, the idea was that the Mum was kidnapped. So many films centre on the person that is taken, but what about the people that are left behind?

The uncertainty of danger was a theme that I wanted to address, the idea that one person’s danger isn’t someone else’s. This is something that I toyed with, for a while we are unsure if there is anyone or anything outside of the car and it becomes a mind game in a way. It was more about what is happening off-screen that I wanted the audience to question, who these bullies were and where the Mum had gone to.

Dirty Beaches’ Badlands was possibly the biggest inspiration I had had for a project at the time; listening to the album I could see In the Wake of Sirens unfold, the film wouldn’t exist without that album. Thankfully Zoo Music agreed to license the album for free and I got to make the short film that I wanted to. It’s incredible that that album was recorded in this decade. It has so much spirit and is so raw and emotional that it transcended a date or a format. Listening to an mp3 of it made me feel like I was driving along a dusty desert road listening to a cassette. Not many albums do that.

I wanted it to feel dated, to have a 70s’ road movie aesthetic.

Road movies and the Amblin classics were a huge influence for the film. I wanted to create a timeless aesthetic; I didn’t feel the need to set the film at a certain period of time. I wanted it to feel dated, to have a 70s’ road movie aesthetic – hence the film grain and colour palette – but not be addressed directly.

Production was simple; we had our car park location, given to us for free by Lewisham Council, our car which at the time was my own and three great actors. On set, was myself as Director/DP, a brilliant make-up artist Kirsty Coleman and my wonderful girlfriend Abigail Wilson as AD. We had runners come and go who helped a huge amount but really it was myself and the actors, just seeing what happened in the time that we had.

The film was shot on a Canon 7D, with Canon 35mm (1.4) and Canon 24mm ii (1.4) lenses. We used all practical lighting, an old plastic shoulder-rig with a beat-up Zoom Recorder and rifle mic. Student filmmaking at it’s most basic.

The whole film from concept to completion took longer than expected, working with young actors is great but working around their exam schedule isn’t. But at the same time there was no rush for us to finish it so we took our time, (overall about 9 months) but it was a 1.5 day shoot and a 2-month edit. There rest of the time was just spent prepping the visuals and waiting really. 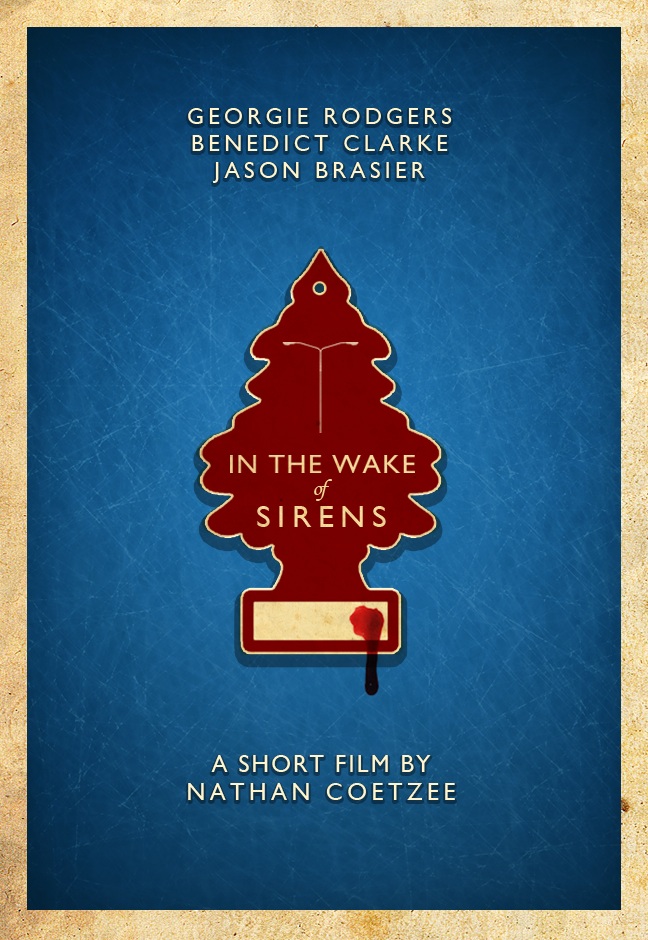 In terms of structure I like to start short films with ambiguity, pose questions right from the start, and then build tension that leads to a moment of euphoria and ultimately end with a crescendo of violence.

Hands down, the hardest part of making this film . . . was cleaning all the paint off of the car.

The film was produced during my placement year at Create Advertising London. I study Film Studies at the University of Surrey and this is really my first conventionally narrative short film.   I firstly brought on the actors who I found through casting websites and we spent the best part of a year trying to get the film made. The three young actors are all currently enrolled in drama classes outside of school and regularly audition for feature films in the UK.   The film was originally fully crowd-funded through the cast and crew’s friends and family but due to cancelled shoots for various reasons the production ran over budget. After successfully applying for IdeasTap’s Top Up Fund 2012, the film was back on course in September.   It was a small intimate production, with cast and crew becoming a family, albeit a dysfunctional one, but we all had fun making the film and believe the outcome is something to be proud of.   For me the film was purely an expression of creativity and to have a team with you that can realise and breath life into the story and imagery that you’re trying to portray is really rewarding.