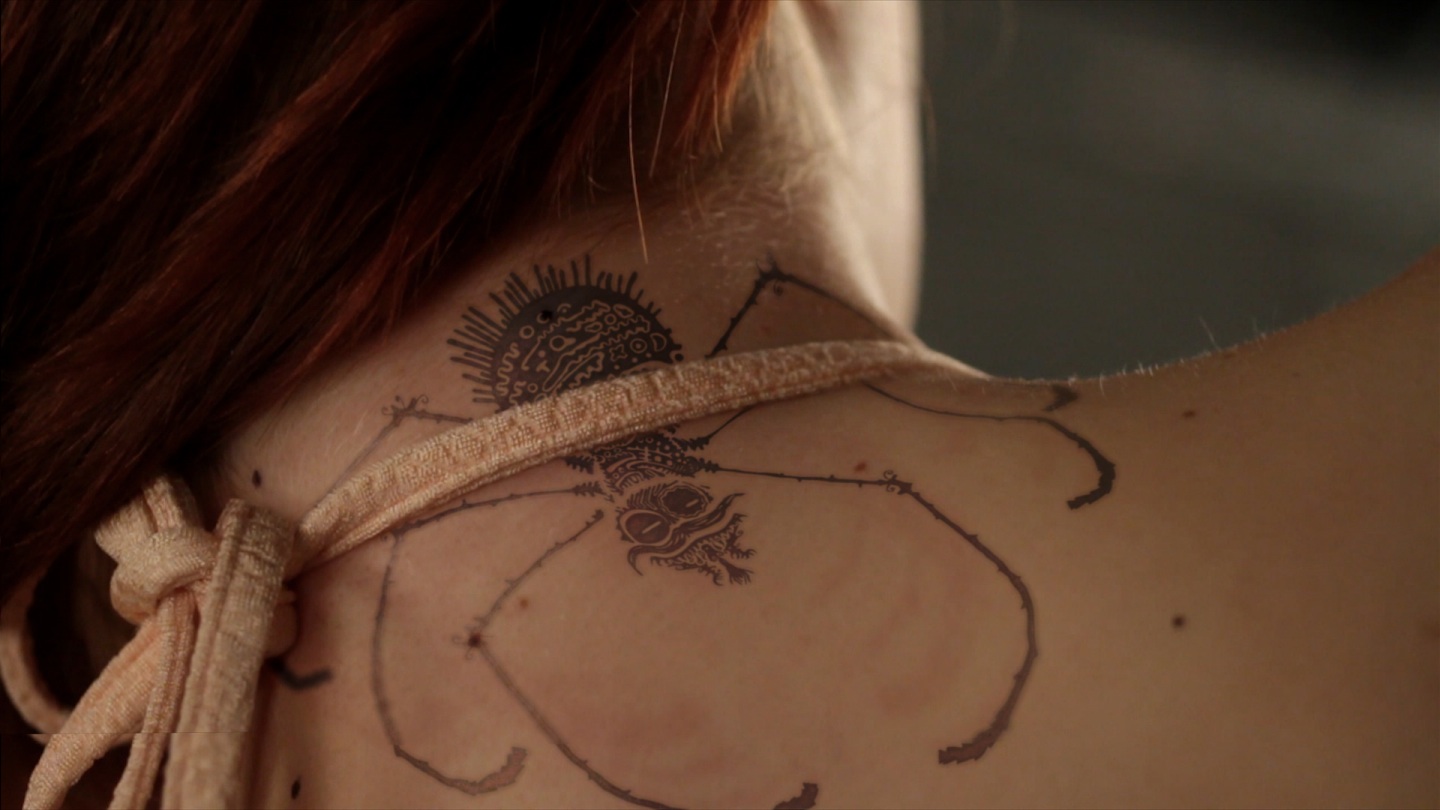 Directors Karni&Saul are no strangers to the pages of DN, so we were mighty please to hear that they’ve taken up a place amongst the stand out body of work that is Channel 4’s Random Acts, with animated insect food chain piece, Skinmeal.

“In Skinmeal, we tried to make a piece that was visually tempting and at the same time had a sharp edge. Like a flower with trap, that hopefully can get under your skin.”

The two and a half minute short, commissioned by Lupus Films, was loosely inspired by the work of David Lynch. Production began with Karni shooting DSLR footage of a bikini-clad girl in the Aardman studios, with Saul (who also composed the film’s sparse guitar score) drawing on tribal art for the design of the tattoo bugs. The CG team at Aardman then animated the insects in Maya, before they were moved to After Effects for compositing with the live action footage.

You can catch Skinmeal in full tonight at 23:35 on Channel 4 in the UK, or watch it over on the Random Acts site.