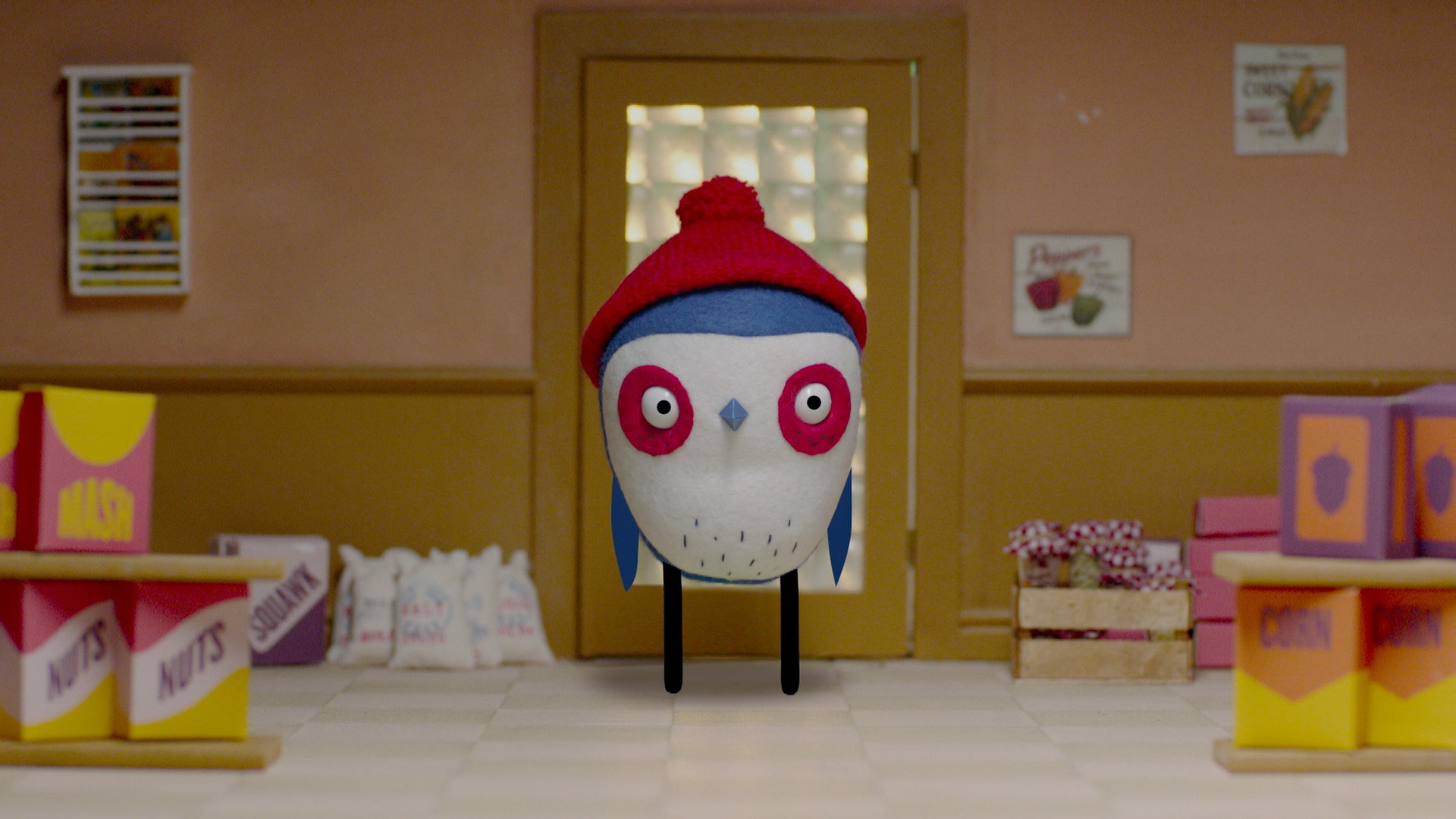 Having been lucky enough to get a glimpse of Conor Finnegan’s latest animation Fear of Flying, when he appeared as guest number 10 in our TheyAreAnimators series earlier this year, I’ve been waiting with giddy anticipation for the time when the Irish filmmaker decided to unleash his short online. That time is finally upon us and Finnegan has released his quirky blend of puppetry and 2D/3D animation on Vimeo, setting free the tale of his feathered protagonist for everyone to enjoy.

The film is about a bird with a fear of flying. He tries to avoid heading South for the winter by stocking up on supplies and battening down the hatches for a long cold winter. It mixes live-action puppets and 2d and 3d animation. It kinda looks like stop-motion but feels a bit more wonky and analogue.

Revisiting a few quotes from our first feature on the animator, we spoke to Conor about the production of his latest short and how it feels to be finally releasing it online:

A glimpse into the MAKING OF FEAR OF FLYING

Fear of Flying was definitely a step up from making Fluffy Mc Cloud. It got funding from the Irish Film Board, RTE (that’s our national broadcaster) and The Arts Council under the Frameworks scheme. We really are so lucky in Ireland to have such an amazing resource as the IFB and they contribute so much to the film industry here. It was amazing to have a budget (albeit small) and get to work with a crew of people, from model makers to a DOP and 3d animators. Possibly the best thing was getting to work with a sound designer, which I’d never done before. I got to work with Gav Little of ECHOLAB who added so much richness and comedy to the film. Everyone that worked on it was super helpful and kind with their time. I’d say I was by far the least experienced person on set everyday (it was a 5 day shoot) but we got through it.

Hopefully it’ll lead to more opportunities to work on cool projects with talented people. I’d really like to do more with the technique and develop it further as I think it has a real charm and potential. I finished Fear of Flying almost a year ago to the day and I’ve wanted to put it online ever since. You spend so long on something and you wanna share it but for a number of reasons you’re not going to. You have to sit on it and send it around festivals. Don’t get me wrong, I love festivals and I’ll continue to send it to as many as will take it. They’re great places to meet like minded people that are doing the same kinda thing as you but its far more difficult to reach a larger audience that way. You can’t beat the internet really.