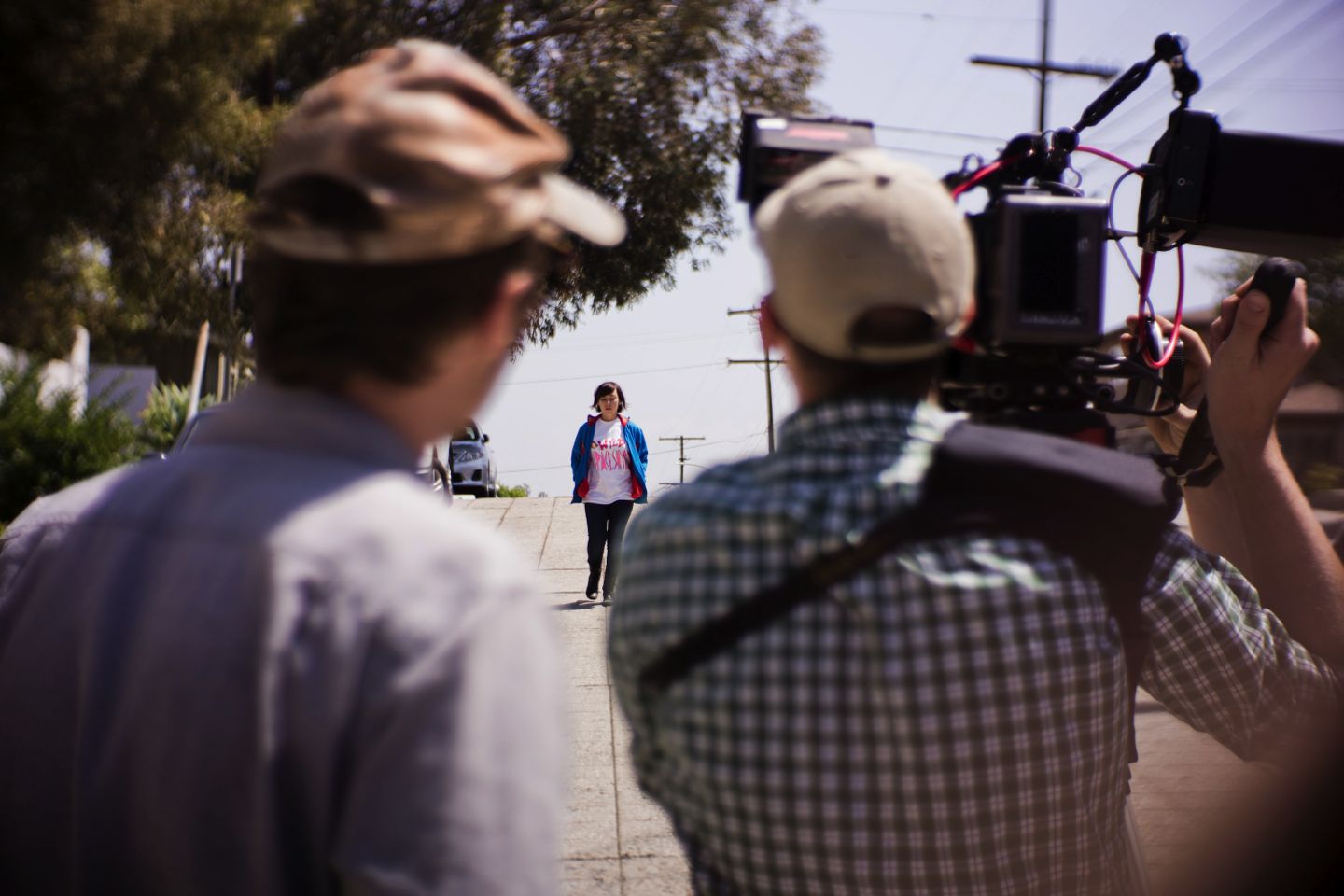 Since DN opened its virtual doors back in 2006 we’ve seen the homes of online film presentation mature rapidly and with them our access to the great wave of independently produced films has grown exponentially. Throughout that seven year period it’s always been our mission to discover ‘The What, How & Why’ of the directors who make these films, so Al Kamalizad’s peak behind the scenes and motivations of Thaddeus Ruzicka on his music video shoot for Spaceships’ Ghost spoke to us on a fundamental level. Shifting things another step towards meta, we asked Kamalizad to take us behind the scenes of his short documentary Obsessive Maniacs.

There were two main thoughts that led to making Obsessive Maniacs.

Firstly, learning why people do things is generally more fascinating to me than what they do – in particular, why they might chose to do a creative thing such as make a movie. When you set out to make a movie, you realize that no one’s asked you for it. The world doesn’t really need another movie, so why do so many filmmakers in Los Angeles (and elsewhere) bother? Why go through the hassle and agony, confronting the self-doubt that creeps up, to make a thing that no one will miss if you fail? Of course by making a movie about this, I’m actually just asking myself these questions. I’m planning on compiling more stories from other filmmakers (perhaps at different stages of their careers) and creating either a series of shorts or a feature that explores these ideas. Obsessive Maniacs is the first experiment to that.

The second impulse was to somehow engage with the line between documentary and fiction. The director who’s the subject of this movie, Thad, is a friend of mine who I frequently have pretentious conversations with about the nature of filmmaking. In the impromptu interview I did with him that makes up the bulk of his VO, he said something that essentially sums it up. This didn’t make it in the cut, but I think it’s great: “By virtue of the fact that it’s a photographic medium, film is constantly documenting reality. You’re not necessarily creating reality, you’re influencing it by framing and lighting and mis en scene.” Put another way, if you extend any shot in any movie past when “cut” is called or before “action,” you end up with documentary footage of an actor on a set performing an action. As someone who hopes to make more documentaries in the future, that’s a particularly mischievous and enjoyable thing to think about. This notion didn’t make it in the cut explicitly, but to me it’s a part of what’s going on with the camera POV shots as well as some of how things are cut together.

The piece was shot on a Sony NEX 7 (which is a camera that’s on me at all times), using Sony’s 18-200mm zoom and a crazy, unpredictable 37mm c-mount lens that I really dig.

And if you were curious how Ruzicka’s finished promo turned out once they got the power flowing on set again, here it is: