A stalwart in the use of stop motion and experimentation over innumerable shorts and a trio of features, New York artist and filmmaker Eric Leiser’s collaboration with artist/musician Rachel Masonindie on the promo for her indie rock trio Little Band of Sailors sees him return to aesthetics explored in his earlier work, for a tale of primordial psychedelic creatures forced to rapidly adapt to their ever changing environment in order to survive. Eric talks us through the challenge of referencing but not plagiarising yourself and why the elements can simultaneously be an animator’s greatest friend and enemy during a New York Summer.

Some ideas were percolating in my mind for many years about returning to the imaginative world I explored in my stop motion short Forest which was part of my 16mm live action/stop motion feature film Imagination‘ completed in 2007. When I met Artist/Musician Rachel Mason after her performance at Secret Project Robot Gallery in Brooklyn she spoke of me making a video along the lines of ‘Forest’ for their upcoming Little Band of Sailors album Woman on a Staircase.

What is valuable to me right now in my work is communicating where I am at in my inner/outer life and breaking new ground in art through the medium of animation and experimentation. So this posed a challenge as I did not want either a re-imagining or total departure from ‘Forest’. Also I wanted this to be not just a music video but something I could have my brother, composer Jeffrey Leiser, score at a later date and make it a short film. 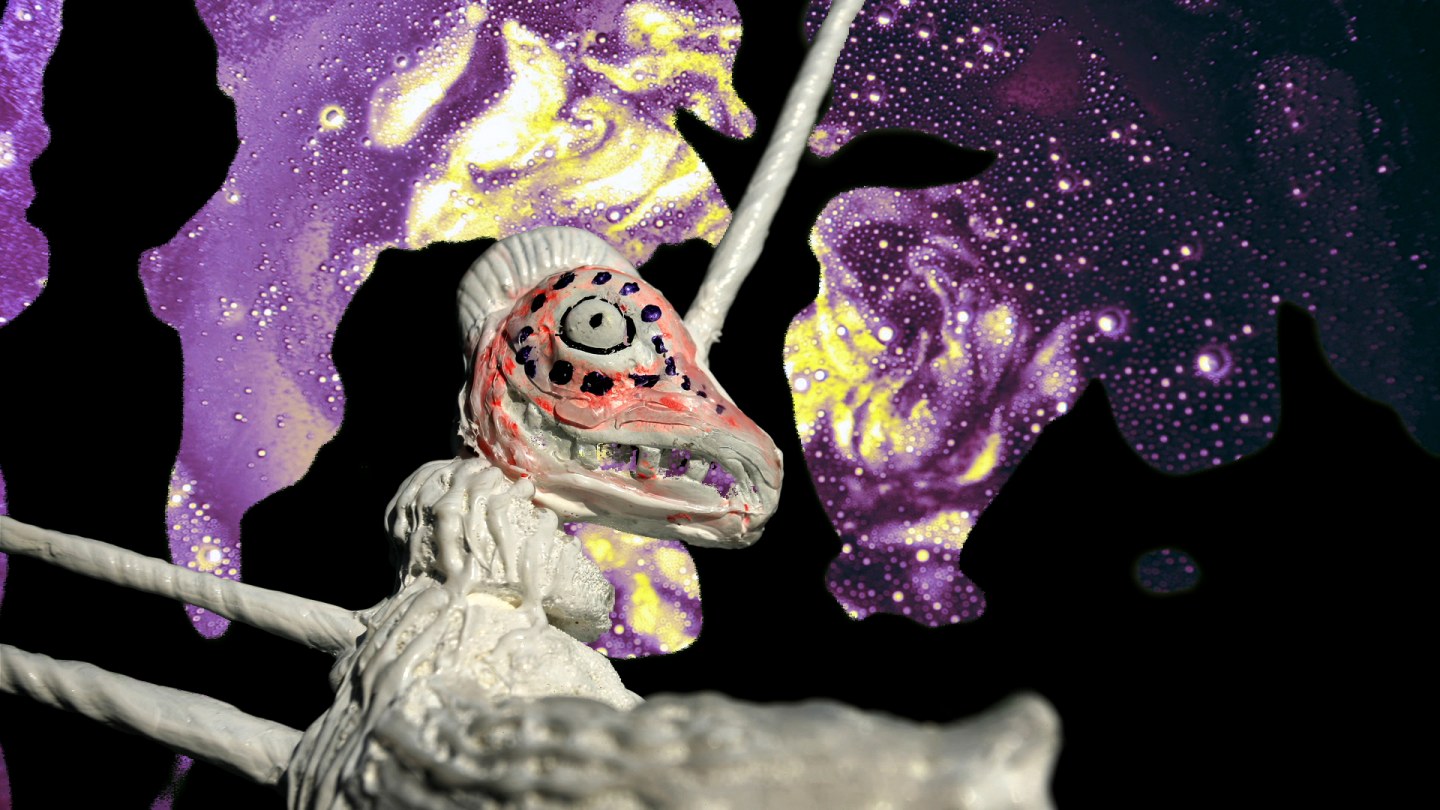 I began by creating the characters based on my own sketches of imagined primordial animals and my ongoing interest in anomalies such as albinism in nature. I knew the story was going to be these characters struggling with survival within their prospective worlds, transforming and adapting in rapturous frequency, with the hope of breaking through into total freedom. For the primordial jungle world itself I was clearly inspired by Lotte Reiniger’s work, specifically her silhouette backgrounds, as well as my own drawings from years back. For the sky I wanted to further the experiments in liquid animation I began working with on my previous live action/animation feature Glitch in the Grid.

All in all it took around a month to make the puppets at my own pace with wire, foam, paint and various textures. The cut black card stock backgrounds with a green screen behind were made relatively quickly along with props aside from a wasp I found dead outside. The time consuming and challenging aspect was the animation itself along with my decision to shoot it on our windy roof in the Lower East Side while doing tracking shots. After years of working outdoors with my land animation technique I couldn’t bring myself back inside the studio under heat lamps. Still, there was no avoiding the pain as I shot the film from early May to early August sometimes in oppressive humidity during the heat of the day and murky nights. For the glow in the dark and polka dots sequences I moved the dots 20 or so times for each frame making an already slow process slower especially with the long exposures at night. No pain no gain is not an axiom I subscribe to but it seems to come up a lot in my work much to my chagrin! I’m moved and enraptured with the mastery/mystery of fleeting lighting that only our sun traversing across the sky can produce or the moon at night but beware the animator’s friend and foe… the wind!

I shot the film on my Canon 5D II with L series and Nikon Primes. For the tracking shots, of which there were many, I used a Pico Dolly. As with all my work I do not use any software to help me animate although I support those who do. It’s all my own internal rhythm not the computer’s, which only comes into the equation for editing/coloring in Final Cut Pro.

Currently I am shooting my fourth feature film and feel all warmed up for what comes next. The Age of Imagination becoming reality is now and it can destroy or save the world.

Eric is running an Indiegogo campaign for Twilight Park – his fourth feature and the first to be fully animated – so if you like his work head over and pledge your support.