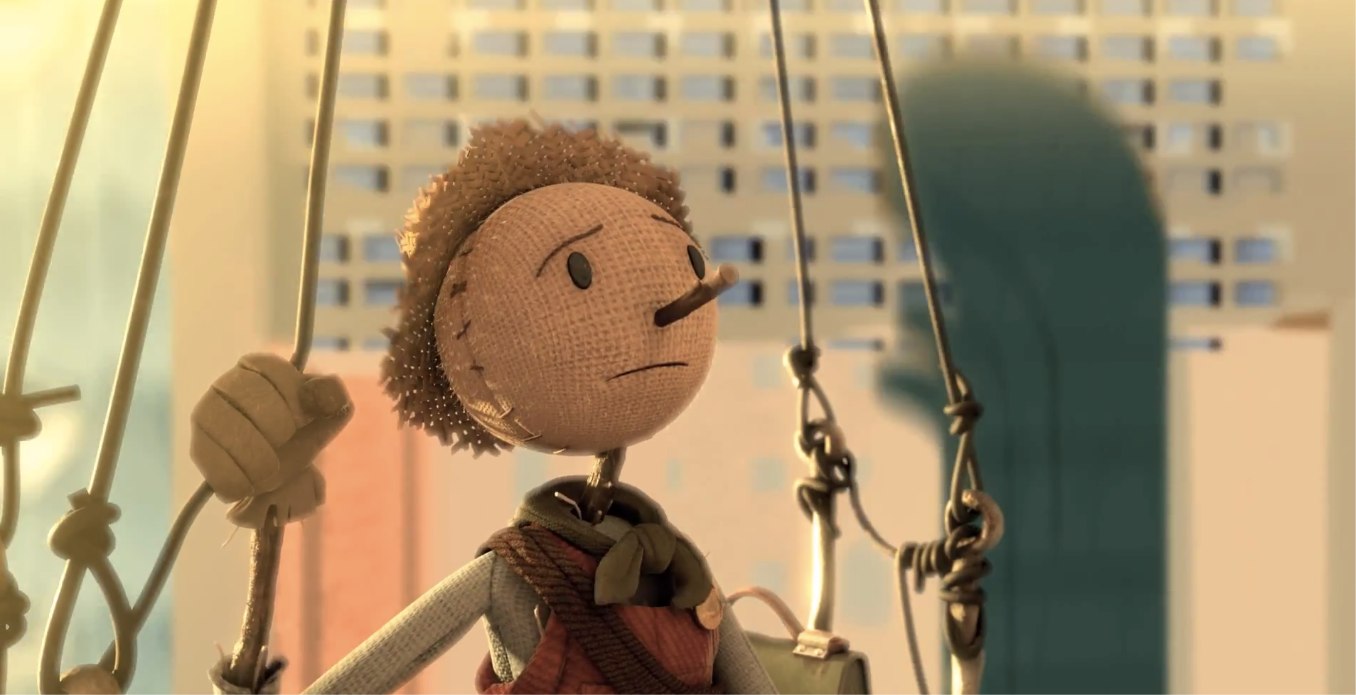 If last year’s Back to the Start ad from Chipotle didn’t get your emotions firing, then the massively upped stakes of their newest animation The Scarecrow (which has an accompanying burrito-earning iOS game), directed by Brandon Oldenburg and Limbert Fabian of Moonbot Studios, is sure to take your heart on a roller coaster ride as Crow Foods over industrialise every stage of the food chain, to Fiona Apple’s reworking of Willy Wonka and the Chocolate Factory track Pure Imagination.

“The film is set In a dystopian fantasy world, all food production is controlled by fictional industrial giant Crow Foods. Scarecrows have been displaced from their traditional role of protecting food, and are now servants to the crows and their evil plans to dominate the food system. Dreaming of something better, a lone scarecrow sets out to provide an alternative to the unsustainable processed food from the factory.”

And here’s the Behind the Scenes video: