We all know how the story is told: a hideous beast kidnaps a beloved wife, her heartbroken husband leaves all other concerns behind to head into the deep dark forest and slay the beast, ensuring everyone’s safety for years to come. But did you ever consider that the hero maybe more than a little reluctant to dance to the storyteller’s tune and has thoughts and desires of his own? In George Messa’s 12 minute fantasy short Inanimate, a lonely puppeteer begins to lose his grip on reality as his new creation turns on him. Messa was kind enough to give DN a detailed look behind the scenes of his battle of wills short.

The concept first came about when Katie (Production Designer & Co-Writer) approached me with a rough idea about an old man who, whilst trying to deal with his terminal illness, finds escape in his long lost love, puppetry. As a great fan of the fantasy genre I was instantly grabbed by the idea and couldn’t stop thinking about all the different directions this story could go. With such an exciting premise my mind was racing with all manner of concepts, themes, genres and directions you could take the film in. We ran with that idea for a while but were having so many ideas, it became very difficult to dilute them and know which way to take the story. So many of our ideas had such deep character backgrounds and very intricate story lines that it was just impractical to try and turn any of them into a 12 page script. Coming from a life of watching feature films, trying to find a great story that can be told in 10 minutes is such a challenge.

Trying to find a great story that can be told in 10 minutes is such a challenge.

I can’t remember how many versions of the script there were before we got to this one, but the way we came to it was by stripping back the core elements of the story that we loved, and slowly building from that. There were many other considerations we had to take into account such as budget, timescale and practicality. One of the many advantages of co-writing this with Katie was that she was also the Production Designer for the film, and so she could always be thinking about how it would look, and how it could be achieved. It can be so frustrating trying to take into account all of these parameters when trying to write a script, but I feel that those restraints took us in a direction that we would never have explored, and opened up some very interesting ways of thinking. One of the best ways I have found to write a short script is to imagine a real time 10 minute scene, and analyse how the drama is established, what happens, and how it is concluded. This has always helped me to come back to what you can realistically capture in a 10 minute film. 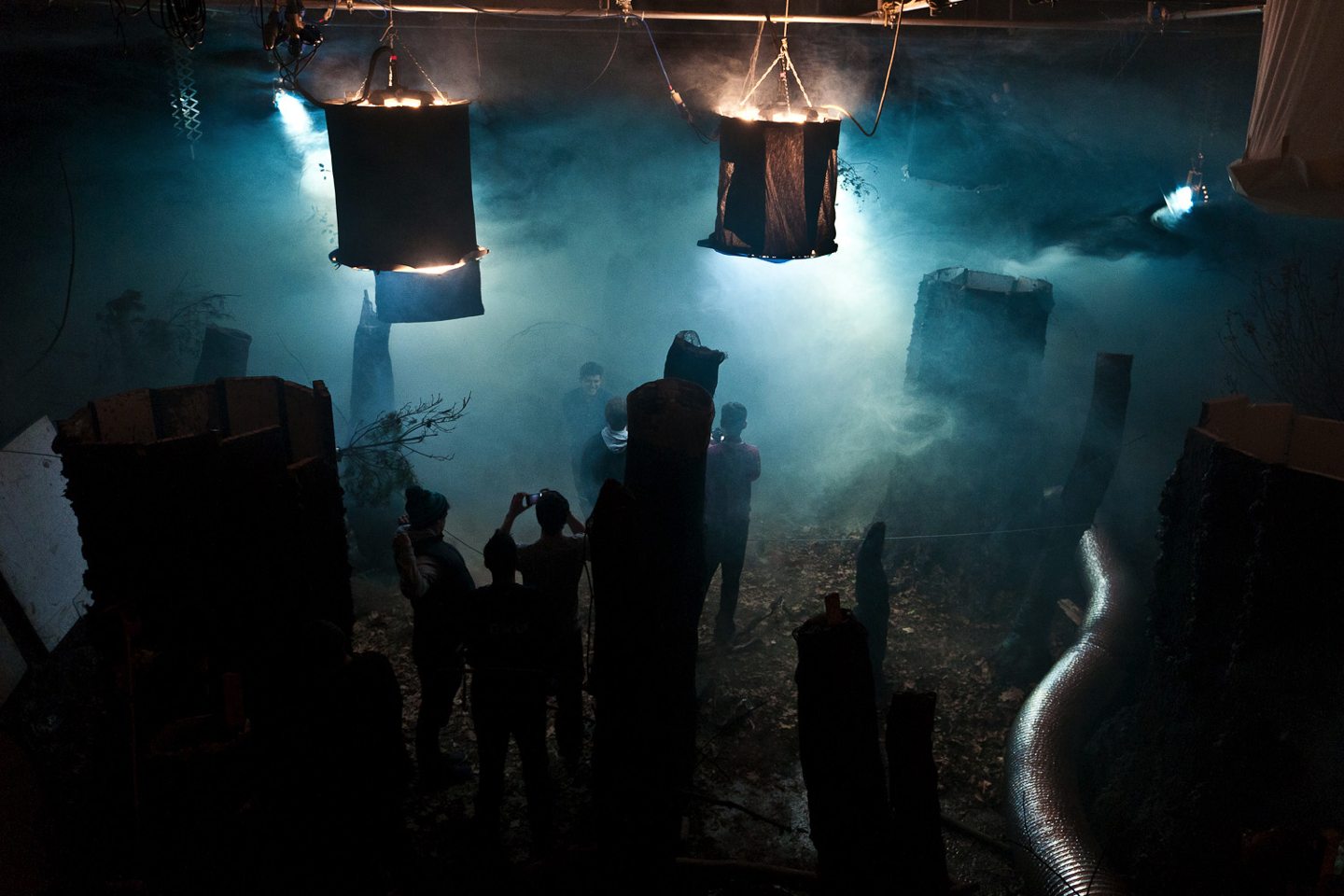 Our biggest challenge was creating a vast, intricate and absorbing fantasy world in a very small studio. This was the main topic of discussion amongst the HoDs; how to make the forest change enough so that you get a sense of journey and a changing environment. The studio that we shot the forest in was actually very small (40′ x 40′) and so we decided to set the film at night, and have the edges of the forest disappear into darkness. We had looked into forced perspective and hiding horizon lines (as they did in the Lord of the Rings forest) but unfortunately it wasn’t something we could achieve. In order to keep the forest changing as much as possible, to try and demonstrate the journey Silas was on, we made the trees very lightweight, so that we could re arrange the forest and create a whole new scene in very little time. We also spoke about changing the seasons and how that would help promote a sense of time passing on screen. As a huge Michel Gondry fan and lover of all in camera tricks, we managed to get a shot in where Silas moves between two seasons in one shot. I loved this shot as I felt it was so in tune with the nature of Silas’ life, that in Franklin’s mind, he can travel huge distances and go through so much, in so little time.

The whole shoot took 6 days; 3 in the workshop and 3 in the forest. We shot the workshop first in order to give our art department enough time to get the forest ready and set up. I’ve worked with our Director of Photography Alex Finlayson on a number of projects and we spent a lot of time discussing how we could give this film the right look. Lighting was such a key element to the mystery of this world and setting the right mood and atmosphere. In the workshop we wanted to create this tiny isolated burrow that Franklin spent every waking minute in, it required very subtle lighting and a range of practical lamps, rather than making it feel too theatrical. We were already going to be shooting on 16mm, and so Alex recommended shooting it on Kodak Vision 3. We only had 7 rolls for the entire film (which works out at about 77 minutes of rushes), this was a great test for everyone involved as every take had to count. We even got to a point that we would shoot one frame of the board, go through all the calls, and only actually turn over when we were ready for the clap, in order to save those precious seconds. Shooting on film was great for me, I think that the image it gives adds a great nostalgic feel to the piece, but also the look that film has is so much more cinematic than I think digital cameras are able to reproduce. 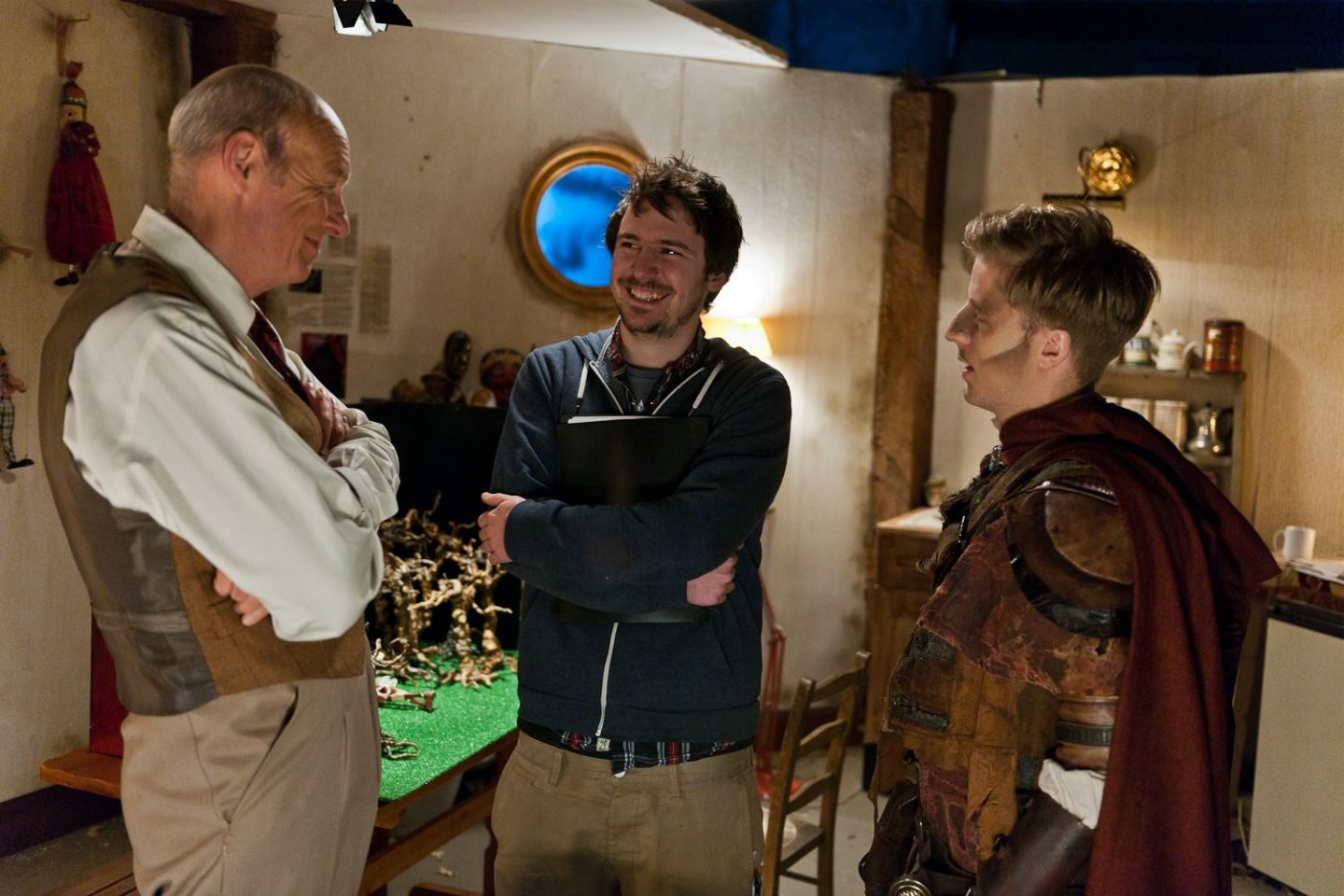 Working with Alister Cameron (Franklin) and Oliver Gomm (Silas) was a great experience, both incredibly talented actors that brought some amazing ideas and character structure with them. In rehearsal we would spend a small amount of time discussing the motives of the scene, what purpose it served within the film and the key points that we wanted to convey. After that we would run through a few ways of playing it out and then discuss which way worked best. The conversations that followed then were what I used to direct them for the take, as we were both completely transparent about what we were trying to achieve in the scene. I always love it when you spend so much time with a script and story, then give it to someone else for a few weeks/months and see what they come back with. Watching the way that they had interpreted the characters and the script, and then come back to me with ideas and ways in which to flesh out their personalities was a joy to watch.

There were a few scenes that were completely cut out and I think the film is better for it.

The first edit I think ran at around 20 minutes. The way my Editor Sasha Leigh Izadpanah and I approached this edit was that after we cut the film to the script and saw how it played out, we then threw the script away and started playing around with scenes and being quite ruthless with what stayed, and what had to go. There were a few scenes that were completely cut out and I think the film is better for it. Of course when the idea is proposed, the first thing you think about is the amount of time it took to shoot and prepare it, sometimes you’ll hold onto something for the wrong reasons, when in fact ditching it is the right thing to do. It’s a real lesson I learnt from cutting this film, that you can actually say so much by removing; be it dialogue, a character or an entire scene.

The sound design was something my Sound Designer Sezin Tugen and I had discussed at great length. Creating the atmosphere of the forest through sound was something I was so excited about as I knew we could create such a surreal and otherworldly feel if we got the soundtrack just right. I remember when I first heard a part of the soundtrack she had done and I couldn’t believe the difference it made. After spending so much time trying to picture how the film would come together, but not actually seeing/hearing it, the way that the film progressed in that Pro Tools suite was quite remarkable. 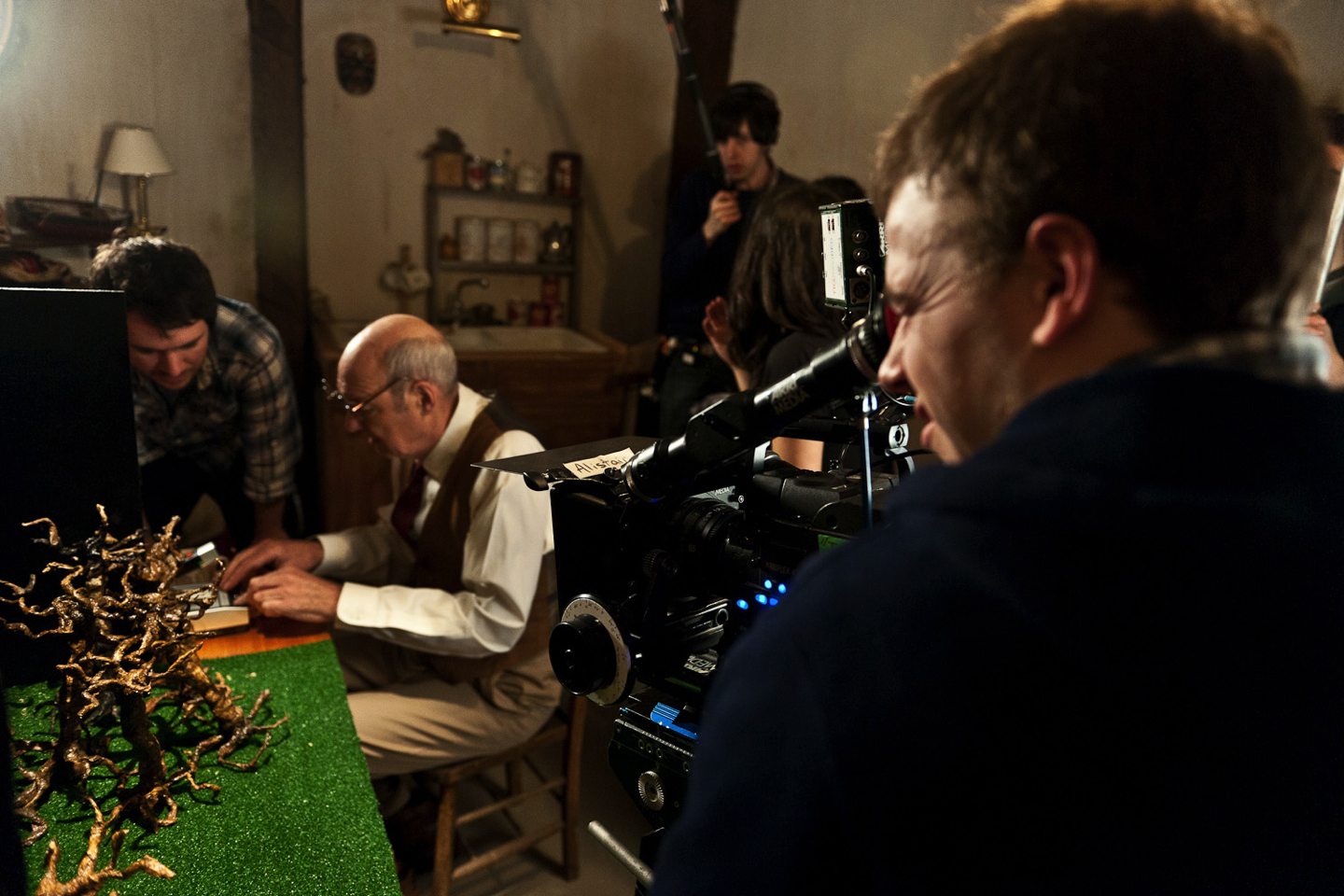 When the film was all finished I couldn’t believe that we’d been able to do it. Looking back at the process from start to finish (which was around about a year) it’s amazing to see how far people can take an idea. When you have so many conversations with your crew, and then you don’t see them for a few weeks, the anticipation to see what they’ll bring back is so great. On so many occasions people would come back from just a small casual chat with so many concepts, bits of research and images. It was so nice to see how excited, and committed everyone was to making this film the best they could.