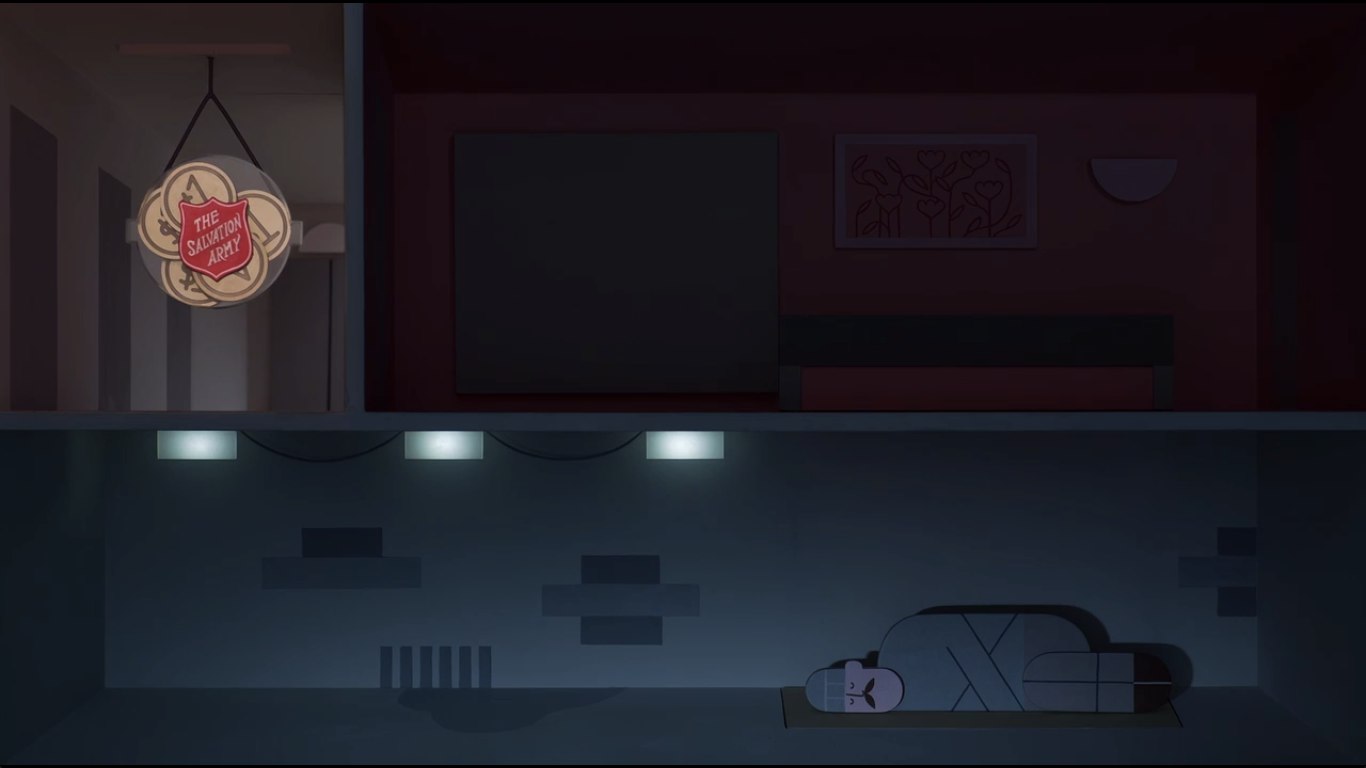 Johnny Kelly, he who gave us hope for sustainable farming with Back to the Start, has created three brilliantly simple ads – Clothing, Food & Shelter – for The Salvation Army’s Christmas campaign. Each demonstrates the directly link between the money you provide and the much needed help the organisation can give.

“Created using stop motion animation, the beautifully-rigged characters and worlds highlight just a few coins can help change people’s lives, take people off the street and give them food, clothing and shelter.

There is a stark contrast between the ‘before’ and ‘after’ scenes, and to make the transitions feel as immediate and straightforward as possible, the team used quick lighting changes, immediately shifting the colour from cold nighttime to warm daylight.”