Celebrating the Weird & Wonderful of the Everyday with the ‘Gallivant Sessions’ 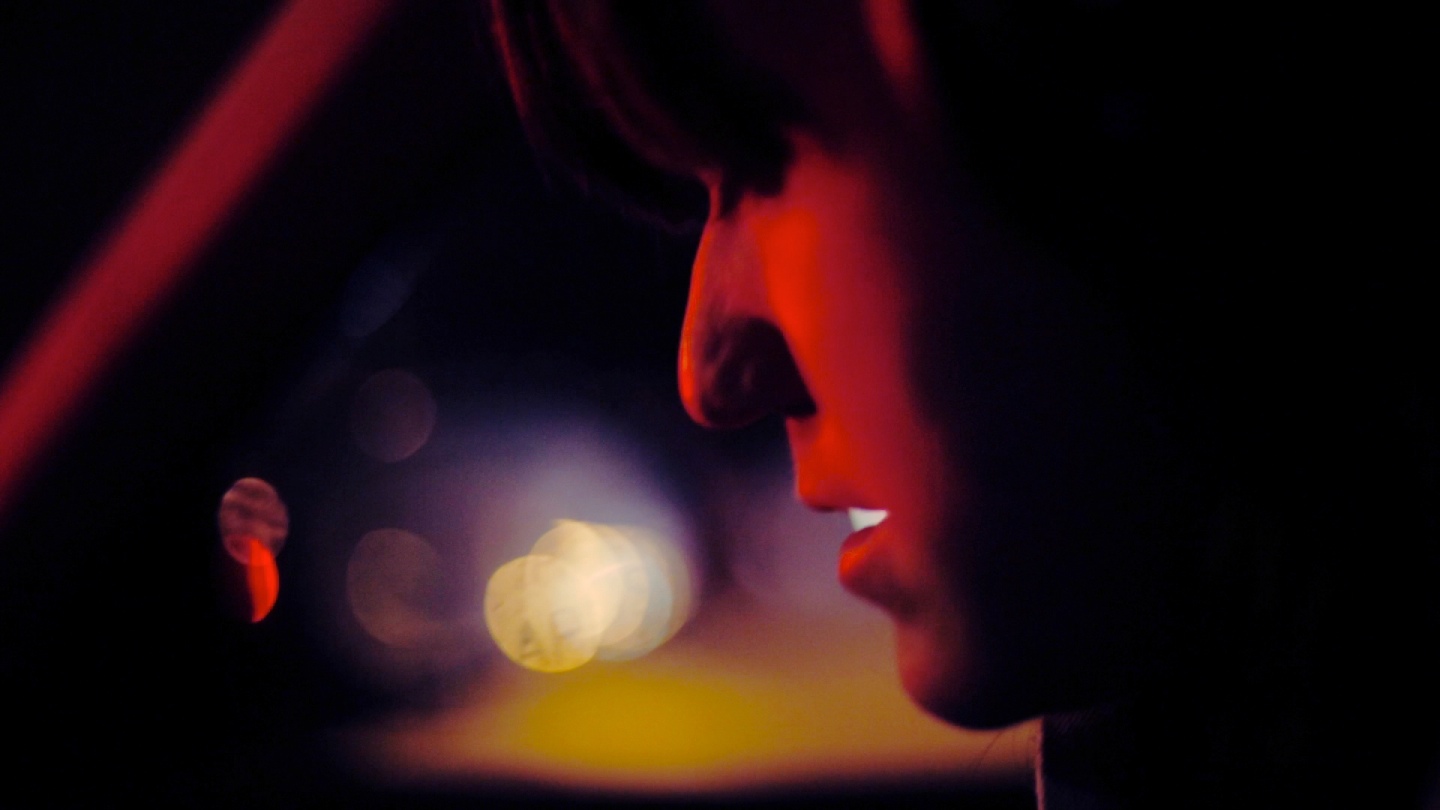 There’s no denying that most attempts to convey the unique atmosphere of live music on film fall short of the in person experience, so when a filmmaker rises to that most difficult of challenges they instantly have our undivided attention. Sitting somewhere between a captured music performance and observational documentary, Ruben Woodin Dechamps’ Gallivant Sessions manage to not only transcend the medium, but also elevate the work of the everyday into a performance equal to that of his featured musicians.

Which is why we are extremely honoured here at DN to be able to bring you the premiere of Ruben’s latest Gallivant Session, which sees Emily Wells performing Landslide ‘Live on Tow’. After which we grabbed an interview with both Emily and Ruben about the film’s creation, before we settle down to find out more about how the Gallivant Sessions came into being.

We arrived at a diner that seemed stuck in another era… I’m not sure of the era, but it wasn’t this one… And Alex, the driver had a timelessness himself. He said he’d never been on a plane… Never left New York in fact. He had good speakers in his truck and turned on rap. I liked him right off. Inside the worn out Honda Accord from the 90s I was cramped and bent and kept having the thought, “I don’t want to die this way” while we swung around the pocked streets of Brooklyn and Long Island City drawn by Alex’s big truck like a malnourished horse. Me: surreally singing Landslide into a mic held by a mic stand taped to the steering while… In my slightly hazed reverb altered horror I triggered samples, occasionally catching the eye of someone in another car… Most people didn’t notice us, but at one point I was singing just for the guy on the yellow moped who couldn’t stop watching… a voyeur. As quickly as it had begun it was over and we were standing on a street corner in Queens… C’est la vie.

Alex approached us whilst shooting WALL’s session in a diner in Brooklyn, the burly Peurta Rican scribbled his number on a napkin and left us to it. Intrigued and slightly worried we put it past the diner owner and three weeks later we had a shoot confirmed. Finding the right artist for this urban night crawl was essential and eventually I managed to convince (/beg) Emily Wells to take the journey giving us the deep hypnotic sound this session needed.

With Emily due to leave for a tour the next day and feeling unsure about the whole guerilla shoot I had a crazy day borrowing a car to tow, wondering how on earth we would power Emily’s equipment safely and trying to wake up the nocturnal Alex. We eventually met him at midnight in a diner and had a frantic twenty minutes cruise with him and Emily. I’m still not really sure what she thought of it all, here she was with two English guys crammed into a tiny car getting towed through New York by a semi legal tow truck driver the night before going on tour, all for the sake of a live session!

Alex knew everyone and everything there was to know about Queens and Brooklyn and afterwards we spent until four in the morning cruising the streets recording his tales. With his toothless grin and ‘tool’ under his driving seat you could tell he had seen it all, as we got out he said, “You UK boys are alright, if you ever have any problems you know where to find me”. 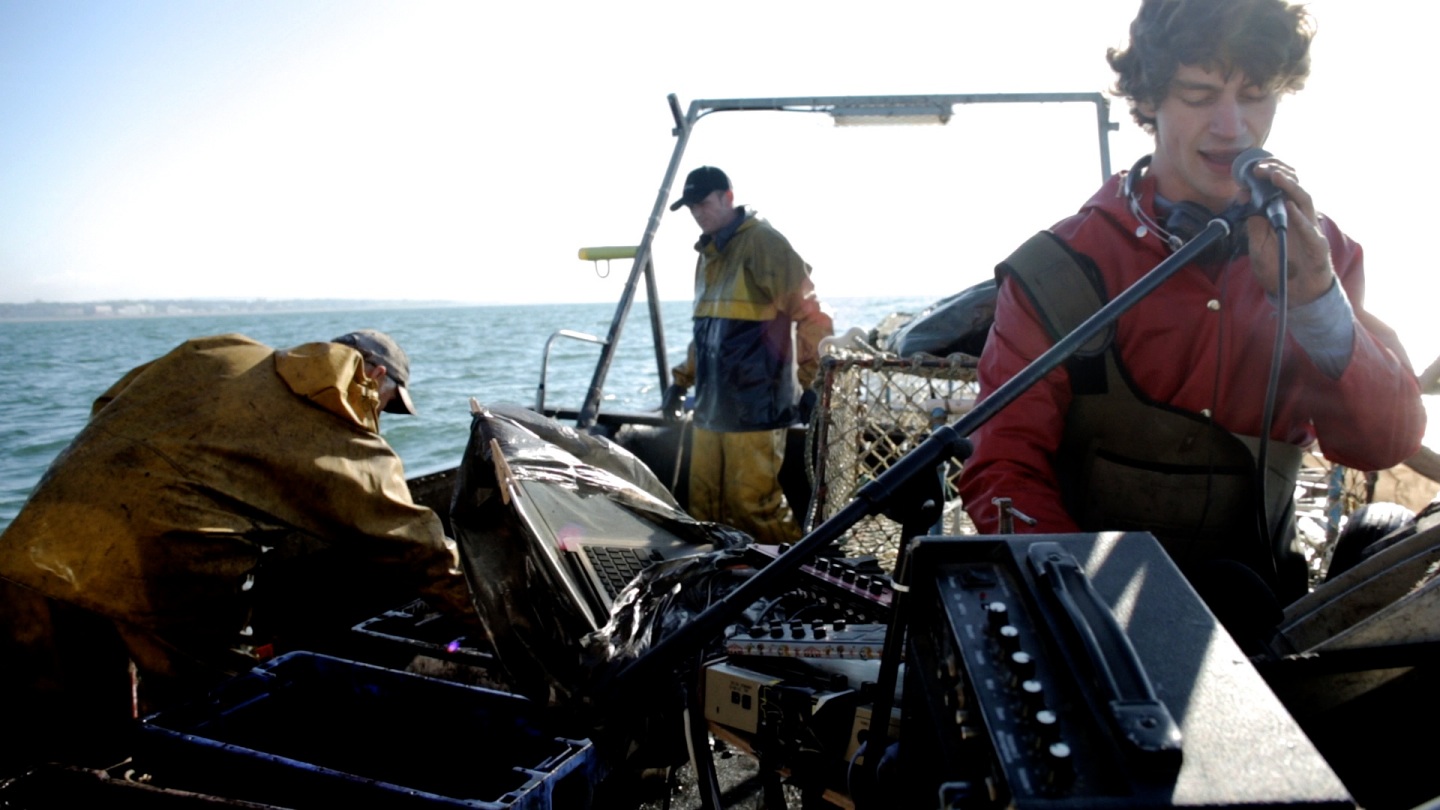 What’s your background as a filmmaker?
I entered the film world by helping out on grime music video shoots in Lewisham. At university I studied performance art and now work primarily as a freelance DP in London.

What was the initial plan when Cosmo Sheldrake first approached you about making a film for him? Was the idea of a series of films always there?
We came across this form of live session almost by accident, Cosmo asked me for a live film with no budget and I reluctantly agreed so long as he could find a laundrette. After finishing the edit the same day I realised this was something I really wanted to pursue creatively with huge scope for audio visual adventure.

Were you influenced by existing session series such as Take Away Show, The Black Cab Sessions, Village Basement Sessions, etc. or observational documentary shorts?

There is some really great work being produced by live session crews at the moment, I’m a big fan of the sessions which Blogotheque and Kodaly Method choreograph into outrageous single shots. There is something beautiful which happens when you are able to capture performance all in one take, the sessions I have been doing don’t currently lend themselves to that form but I would love to work towards it.

What do you feel your unique take on the live music displaced genre is?

For me these sessions are about celebrating the weird and wonderful of the everyday. Encapsulating the spirit of a place through the performance of live music where location and its characters are king. Shot in the midst of real people getting on with what they do best we have been seeking quirky characters brimming with banter to reveal local oddities. For me it is really important that the musicians and everyday people we show are elevated equally, whether fishing or playing music it’s all skills to be celebrated.

What’s your typical setup for recording the sessions?

The ridiculous nature of creating these sessions is why I love doing them. Working with producer Orban Wallace we like to keep the process as laid back and open as possible, once the parameters of right location and band are set the rest can be left up to happy accident and experiments. I very much see the camera as an instrument in these sessions and love the live jam you can have when shooting. We had a great experience out at sea with Cosmo where we established a working rhythm with the trawlermen, they could only fish into the tide and we could only shoot into the sun, before we knew it we were all bobbing up and down to his music in sync as we shot and they fished, this collective engagement is hugely important for me.

Cosmo Sheldrake has appeared in the sessions several times. Are there particular types of artists whose performances lend themselves to being captured in this way?

Working with the likes of Cosmo is great because we can record them directly into our recorder, meaning we can go into really hectic noisy situations and get good sound. There are obvious artistic choices when finding the right location for the song but generally we dream up locations and then go music hunting.

Are there any particular locations or musicians you’re dying to feature?

A dream session would be to wangle our way up a construction crane in central London and invite someone to serenade London. The perspective over the city, adrenaline of climbing the endless ladder, banter from the crane driver and general stupidity of doing that all for a live session, would be great!

Do you plan to keep the live sessions as an ongoing project around your fiction and documentary work or do you have a set run in mind?

We are currently proposing the sessions to some online platforms to enable us to shoot a series. At the moment they have been made out of love for the adventure and it would be amazing to be supported to make a coherent series.

Plans are slowly hatching for a seven part series with Cosmo Sheldrake, a journey of interspecies collaboration as Cosmo collects samples for an album, beginning with the dying sounds of London and ending with the winds in Mongolia.