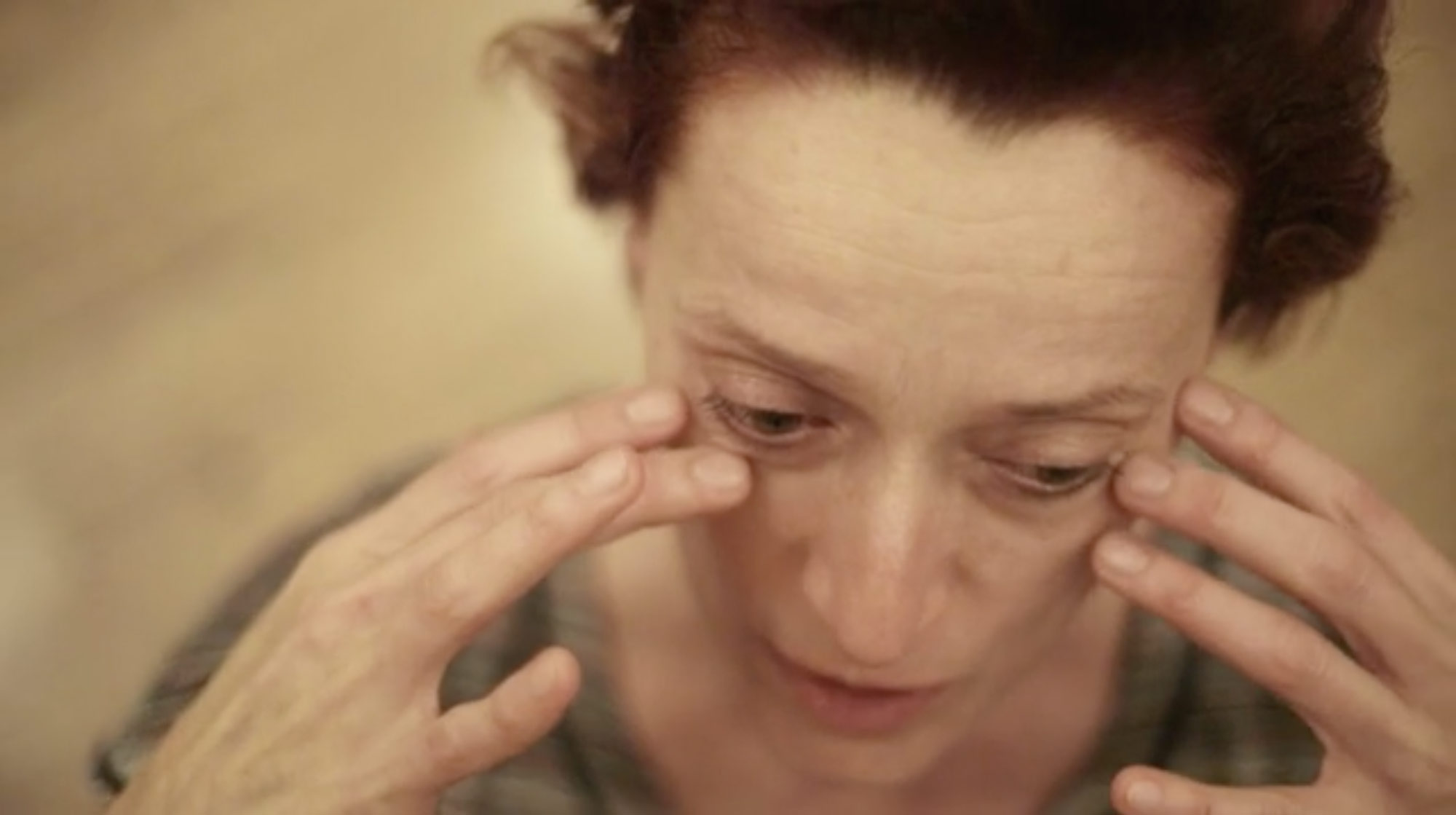 The last time director David Baksh took us behind the curtain of the dance artiste it was with a portrait piece which poetically presented the shifting form of a single, talented performer. This time, Baksh returns with a more traditional documentary profile of hungarian director and choreographer, Eva Magyar’s development of her latest performance piece Nobodys Guests – workshopped over a week with her cast of performers and the writer, Chris Thorpe. Baksh shares his experience of documenting the nascent performance and the insight he was able to glean into this collaborative approach to devising and creating work for the theatre.

Often, there are several workshop sessions, each culminating in a shared performance, before the final piece is completed. This is the first of these sessions and, as such, I felt a little like a stranger being allowed to film at a birth. Sometimes awkward – but never bored.

Eva’s contemporary dance and theatre company in Hungary, Shaman, was popular with both audiences and critics and since relocating to London, she has appeared regularly at the National Theatre (as has the rest of her cast), although she is undoubtably better known for playing Michael Fassbender’s mother in X-Men First Class, meeting a rather nasty end at the hands of the fiendish Kevin Bacon.

I think Nobodys Guests is a fascinating look at people in the throes of ‘creating’ and an inspiring example of an extremely talented group producing art from thin air and imagination alone.