When I recall the most abiding memories of my life, the one component they all have in common is an associated soundtrack. The tracks and rhythms of the days gone by are so enduring that hitting shuffle in my music player is likely to send me on a random reminiscence journey of past places and faces as no matter the varied interests of the people involved, it is music which has consistently bound us together. It would appear that director Sakari Lerkkanen feels somewhat similarly, as he pulls from fond memories of parties in abandoned locations in his native Finland for Le Roi’s Lintu music video. Lerkkanen takes us through the key elements and practices used to create the film.

Lintu means a bird. The song is about people who are afraid, with a chorus which asks: “Are you sure about your next step. Bird is calling for you on the other side of the lake. Your voice is not being heard, mind is not giving up. Why don’t you go and be brave?”

While working on a music video the key elements for me are style, rhythm, story and the visual relationship with the lyrics. Deciding the right style is often the first stage of working with the artist and label. In music videos the initial rhythm arrives from the song itself, the decisions as to how you want to follow the rhythm of the song will of course effect the shape of your directing. Rhythm basically dictates the speed of information. For Lintu I started my work from the lyrics and rhythm, and how I was going to translate the chorus. The interesting part was the contrast between the words and music which was something I wanted to bring out in the final film. So in the the song positive melodies relates to dark text, whilst in the film strange pop music relates to a dodgy visual world.

In the the song positive melodies relates to dark text, whilst in the film strange pop music relates to a dodgy visual world.

With that relationship in mind, I recalled the underground punk and electronic parties from my younger years, which were held in abandoned places in Finland. There weren’t too many places to play for hardcore punk groups and dubstep/drum ‘n bass DJs in my small home country. Clubs always wanted pop music or trendy songs, so we had to make our own parties where we could feel more free. These groups where I spent my time had a very close family like relationship. No outsiders, no rules, just people who really enjoyed the music. I wanted to channel those memories through this music video for Le Roi. So we have a story where a closed outcast society is preparing their parties for the evening. In the first part of the song strange distant characters are introduced creating their own freedom in the middle of nowhere. In the second part of the song we bring the parties, protagonist and the message ‘don’t be afraid to be who you are’. This structure of storytelling, dividing the music video in to two parts, came obviously out of the rhythm of the song.

When starting a new project it’s always good to experiment with new approaches in terms of storytelling and production. To bring distant characters, atmosphere of the unreal world and five stories together in four minutes I learned an old technique developed by soviet director Vsevolod Meyerhold. Meyerhold is the father of biomechanical acting, where you cut actor movements in to parts. For example, drinking coffee could consist of three parts: preparing to drink coffee, drink coffee and rest. In Lintu that was my main approach to bring tension to the story through acting, cut the movement. One of the characters undresses slowly towards the end. Another character gets increasingly angry, while a third one participates in an erotic photo shoot. I avoided revealing the faces of these characters to bring out just this movement and feeling of distance. Release from tension is given at the end of the second part of the music video, when the party is in full flow and you are able to see each of these individuals interacting together.

I knew when planning the locations and characters in the early stages of production that we had to find something original to get the right feeling. Luckily I knew a lot of filmmakers and casting agents who recommended me to the right actors and thanks to Omega Arts we got the permission to shoot in the oldest warehouse of North London. With such a great combination of cast and location I decided to rewrite the screenplay specifically for them. I changed my text completely to respect these interesting actors and use the location in the best possible way, still keeping the same main idea. To make fast paced changes and keep the information updated we placed our treatments and production plans on a private Tumblr, which turned out to be very useful. We collected all the films, photography, text, actors, locations, songs, synopsis, etc… online to let everybody communicate and exchange the ideas very fast.

I did not let anybody else other than the director of photography, producer and editor listen the original song.

Instead of drawing storyboards, we decided to practice on location with our cinematographer Edgar Dubrovskiy, using photography to find out what was interesting. It meant that our planned twelve hour day became a ten hour fast paced shoot, and we had more time to fix each shot as well. Because of the fast movements of our camera crew on location we had to have a camera which was simple to use and as a third of the shots were outdoors we had to be able to shoot in a quality that we could work with work in the grade. Also, we planed the party as a hand held sequence so the camera had to be comfortable on the shoulder. With all the shots being slow motion the Arri Alexa was the obvious choice. A funny aspect of shoot was that I did not let anybody else other than the director of photography, producer and editor listen the original song. I wanted to save the song for the final video, because through slow motion and other songs it was possible to get so much more emotion from the actors. One of the actors later thanked me, saying he felt he wouldn’t have got the same emotions in the party sequence with the original track. Instead of the original track I played the songs of Nina Simone, Gill Scott, Madonna and some hardcore electronic music. 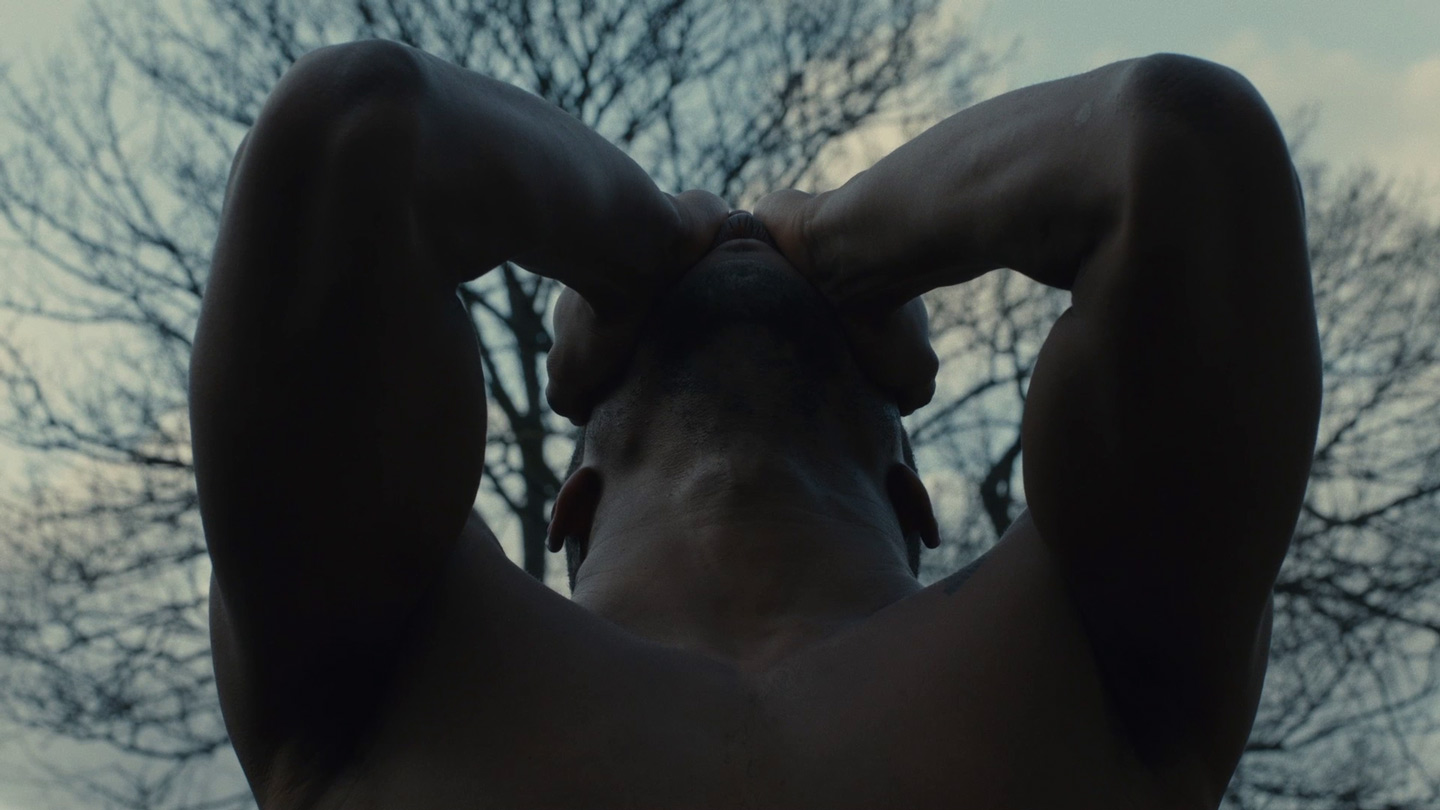 In the edit the first step was to find the right visual rhythm from the shot footage. Rhythm could be found from the breathing and movement of the actors, which smoothly continued between cutting points. To get a structure which develops we decided to start by first introducing the set up of the parties with the phone call, then the song starts and we introduce all the characters in very long shots. Towards the end of the film the pace of the cuts and development of story becomes faster. The second step of editing was to find the right visual context related to lyrics of the song. A good example is the scene in the introduction chapter where we see the “Fever” sign and three characters preparing the party. The lyrics are saying: “Don’t point at me with your finger, you were the one who decided to enter in my kingdom“, and we see the “kingdom” as a party place.

“Good, fast, cheap” you can only choose two of the adjectives. While working on new project I often say these words to my client. If you want something good and fast it’s not going to be cheap. If you prefer good and cheap, it is going to take time. For Lintu we had a lot of time. Planning took two weeks and preparing for the shoot another two weeks. The edit and grade were ready after one week of shoot. So all together it took five weeks to complete. To keep the speed up we decided to show the previews of edit to the label and band three times. The band was very happy from the very first preview. A big thank you to the crew, cast and location. Because I had such a good team there was nothing to worry about. I just had to make sure that everything kept going in the right direction.