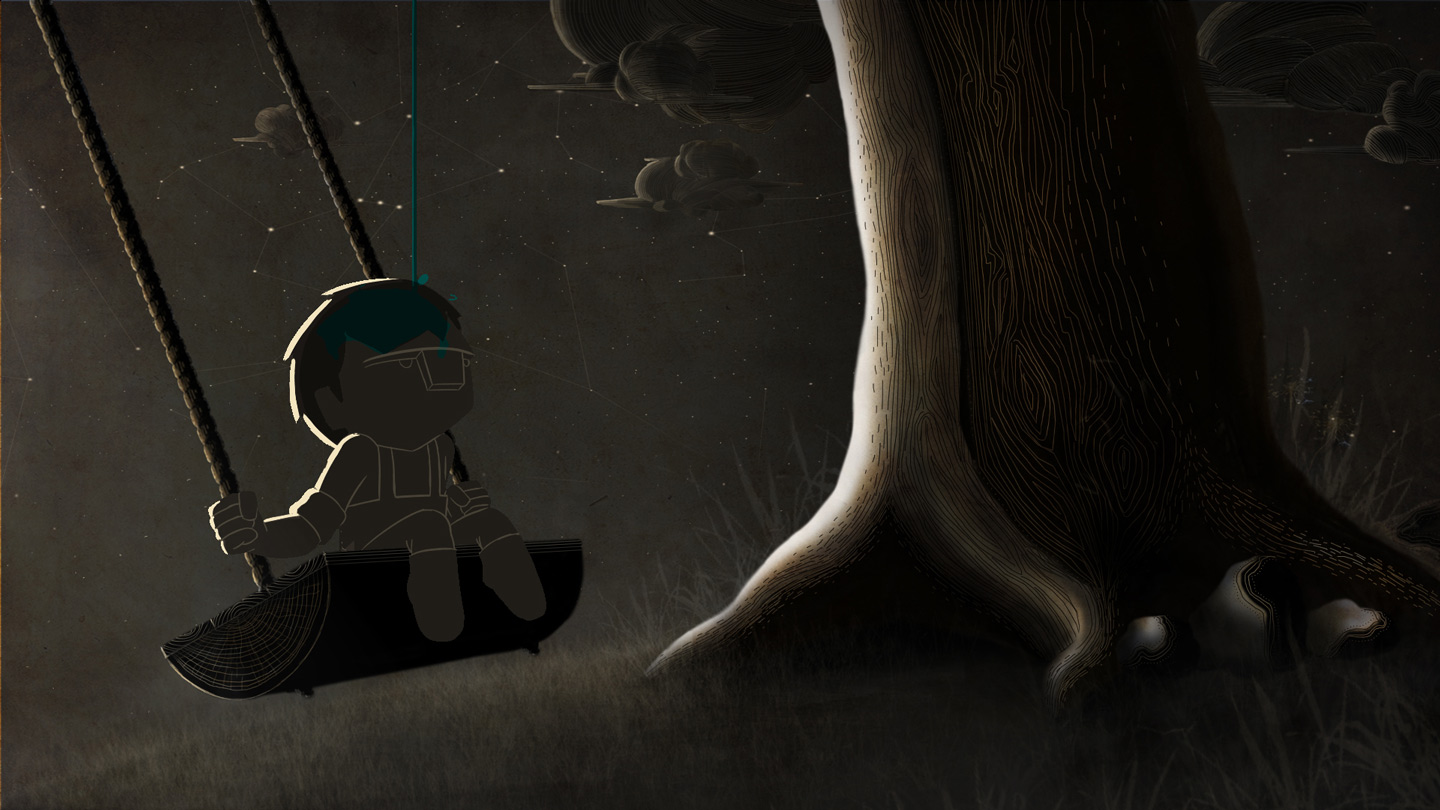 What is it that can take our fear of the unknown ‘other’ and twist the most superficial of differences into racial hate? Channelling first hand experiences of racism in their own lives, Bezalel Academy of Art and Design graduates Shimi Asresay and Hili Noy decided to tackle the subject in their allegorical animated thesis short Strange Fruit – in which a young boy’s natural curiosity about a new arrival is perverted into hatred by his xenophobic father. We asked Hili and Shimi to tell us how the idea and final film developed.

We approached the film wanting to discuss racism, a subject that is painful to us and is shared in both our personal backgrounds, be it a family member murdered in the Holocaust because of their religion, or a present-day discrimination due to skin tone. Alongside our personal stories, we kept witnessing racism in our immediate environment, such as racism between Palestinians and Israelis, gender discrimination, etc.

We saw our personal stories as a starting point to raise the universal subject of racism that we believe exists in us all, even when we prefer not be aware of our own racism. All of us can be at both sides of the equation – we can experience racism and be discriminated against, and at the same time we can be racist and discriminate against others. We wanted to make a film that could hopefully put a mirror in front of all of us and maybe raise questions of discrimination and morality.

With those thoughts in mind, we chose to tell our story as an allegory filled with symbolism, placed in a location that could be anywhere in the world and with a color palette not associated with a specific nation or skin tone, so that everyone could find themselves in the film. During the historical research phase, we were very inspired by Billie Holiday’s powerful song Strange Fruit, and we kept going back to the image of “Black bodies swinging in the southern breeze / Strange fruit hanging from the poplar trees“. We felt that the title of the famous song fit perfectly to the story we were telling.

The visual style of the movie was inspired by etching prints, an old manual technique we wanted to renew digitally. The color palette is monochromatic with an interference of turquoise. The film was made in classical animation and produced in nine months during 2013. We developed the script and storyboard over a period of five months and the production itself was an intensive non-sleep period of four months.