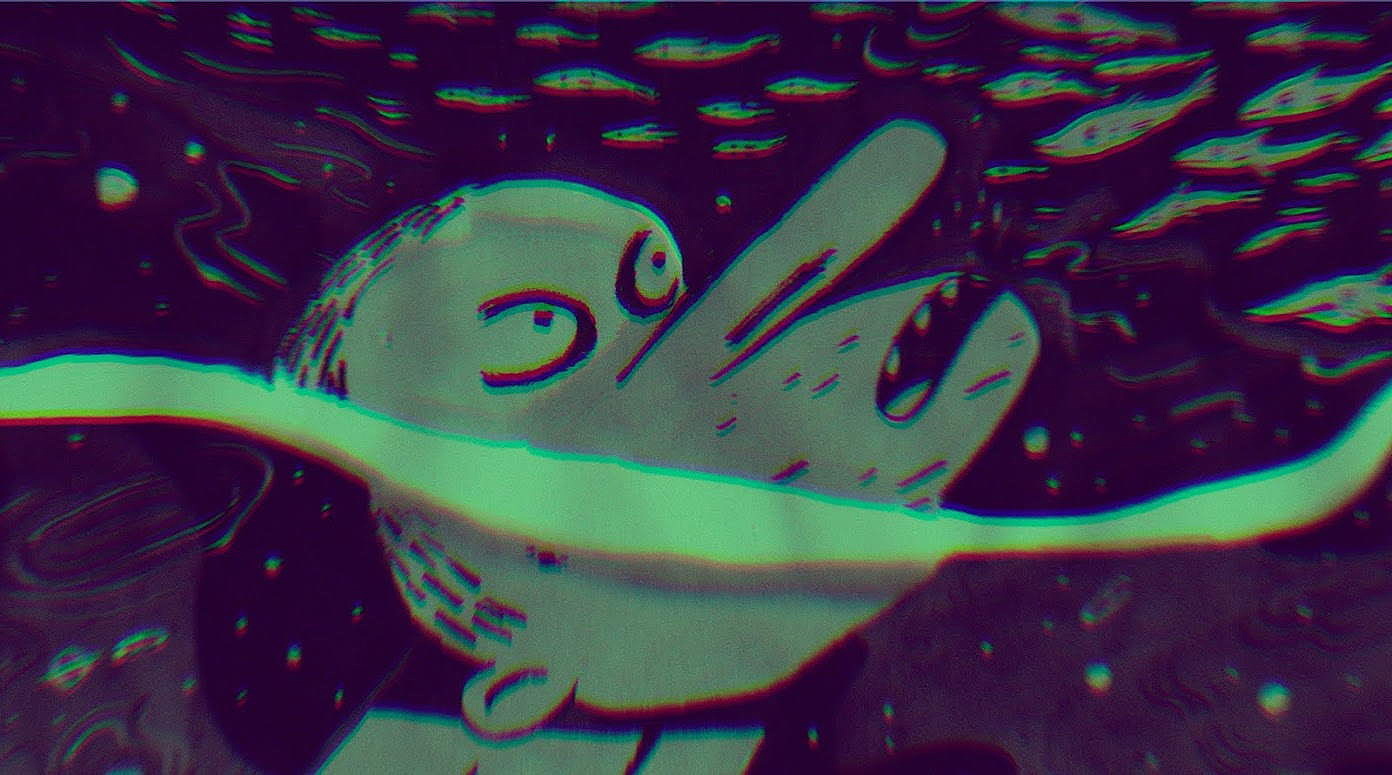 A long time fan of the work of James Mercer and Broken Bells, filmmaker Federico Gutiérrez reached out to the band and was rewarded with a commission to create a music video to accompany the sci-fi sound of track Perfect World. We invited Gutiérrez to share the story of the pitch and the development of his animated tale of a spaceman’s return and melancholic disconnect with his home planet.

During December last year I finished my first non-student film, Arcadia. I thought this film along my two student shorts would make a good portfolio to show a band and try to get the opportunity to make a video for them. I had heard a couple of singles from the upcoming Broken Bells’ album After the Disco, I had really liked their first album, and had also followed James Mercer’s career with The Shins and many of the great records Dangermouse had made as an artist and producer.

I felt that it would be a good idea to try my luck with Broken Bells, so I wrote to the band’s management company. A month later, in January, I got an e-mail from the Sony Music/Columbia Records Music Video Commissioner, Saul Levitz. He said they had looked at my films, and although they didn’t have any plans to make another video for the band, they would like to hear if I had any ideas. At first, I pitched an idea I had for no song in particular, but this didn’t work, they were looking for a sci-fi themed music video. A couple of days later, Saul sent me the song Perfect World, I listened to it and I loved it. I started working on a sci-fi pitch for that particular song, which I was very excited about.

My sister had once told me she sometimes felt the puddles on the streets reflected some kind of parallel universe. This and my almost inexistent knowledge of matter and anti-matter, along with the song, inspired the idea for the video. The song itself was a big challenge, mostly because of its duration. So I had to think of a way to make it look cool, but that wouldn’t take forever to make. I decided to go with a sketchy look for the animation, making the shots as interesting as possible so I could hold them for a good amount of time and also staying close to the band’s color palette.

The music video would be about a space-traveler’s unusual return to earth. His personality would be kind of melancholic, awkwardly wandering the streets until he’s forced to take a 180° turn travelling across the planet. This adventure would be trippy and romantic with unexpected shifts. They were very excited about the pitch and I got a green light to start working on the video. The band and Saul were involved in the developing of the concept. Some ideas, like adding space-suits to the girls that rescue the main character, which was really nice, were suggested by Dangermouse.

I started animating, trying to make the characters move to the beat of the music. The animation was hand drawn using Toonboom and then printed so all the animation frames and backgrounds could be inked with brush. For the compositing I worked alongside Guicho Nuñez, a very good compositor and friend. We tried to make the shots spatially interesting, which was sometimes tricky, considering the rough look the animation has. The whole process of making this video took about 5 months.