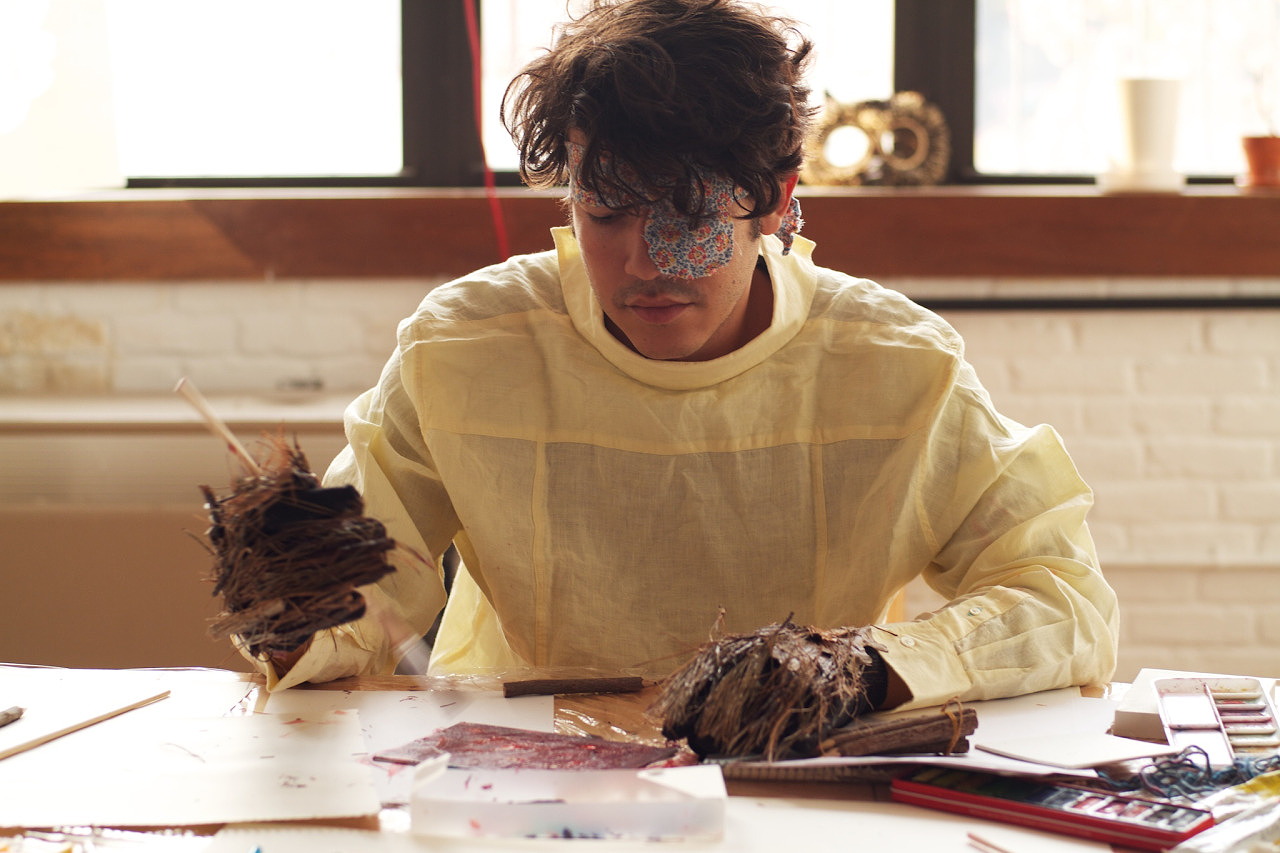 Featuring a forlorn cyclops who can see into other dimensions and an ex-audio book reading child star, Nathan Punwar’s Loves of a Cyclops is far from your average short film and that’s before you dive into the rich treasure trove of supporting transmedia materials. Fortunately Nathan joins us today to act as guide through the fascinatingly multi-dimensioned world he’s created.

Francis, a modern-day one-eyed man (cyclops, if you prefer), has struggled his whole life to see the world the same way as the rest of us. His single eye perceives his surroundings as constantly transforming shapes, creatures and colors we can only try to imagine and understand. Taken under the wing of Bill Vernon, an experimental scientist who believes Francis’s eye may hold the key to seeing multiple dimensions, and Lina Rae Pearson, a young woman who was once the most prolific narrator of books on tape, Francis seeks acceptance everywhere he wanders. He becomes many things (an outlaw, a specimen, a speed dater, a UFO hoax, a procurer of medicine, a messiah, an artist, an author, a director and experimental musician) as he tries to find a home for himself and his wild vision of everything around him.