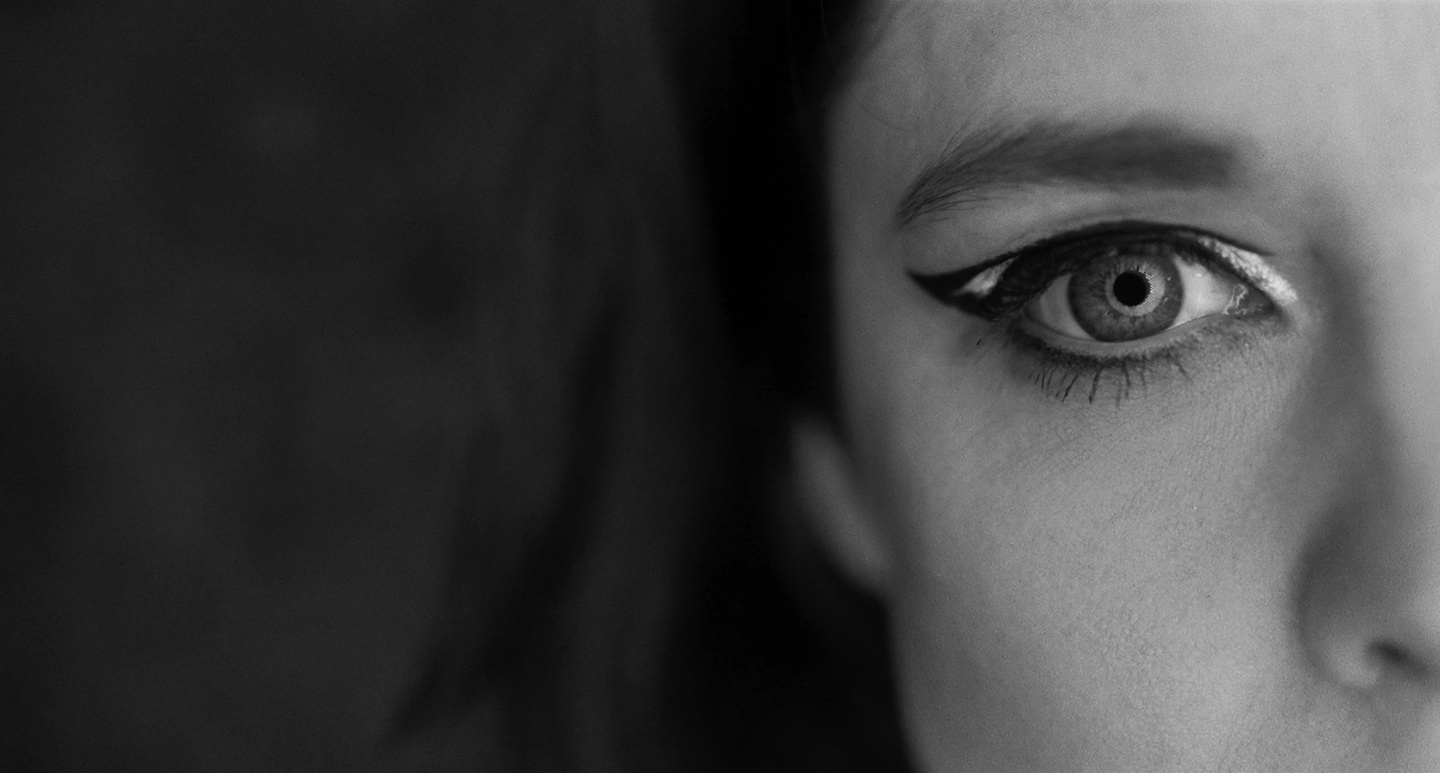 When director Robert Hackett was brought onboard to create a mood piece for fashion brand Komana, he was clear that he wanted to craft a film which extended beyond the limitations of the conventional fashion commercial or ‘lookbook’ structure. Fortunately that was a sentiment shared by Komana and the basis on which Hackett and his team produced their atmospheric, black and white short Shrine. We asked Hackett to share his reflections on the process and inspiration behind the film.

Livia Henne, the fashion designer behind Komana, was seeking a mood piece – but this type of film can run the risk of coming across as pretentious or self-indulgent. To avoid this, I worked closely with Livia to find out what she wanted to reflect about her brand and its influences – surrealism, Dada, African art and Victorian circus. Her work is bold and graphic, so we agreed very early on the film would be shot in stark black and white. Whilst the discussions were great, I still wrote a detailed treatment and produced a mood board as I was keen to ensure that the final piece was something we were both happy with.

We were able to assemble a fantastic production team. Everybody who worked on this piece was generous with their time – we only had one day to shoot everything, so a lot of time was spent planning and visiting the location. Mark Warmington was our DoP and we shot on his newly purchased Sony F55, perfect for capturing what we wanted. Mark both quickly understood and enhanced what we were trying to achieve. Meriel Hunt was our brilliant production designer – she prepped thoroughly and also worked closely with Livia, which was critical to achieving a ‘Komana’ authenticity in the final sequence.

I wanted the viewer to be kept off balance and drawn into this world.

Shrine was produced by Kirsten Beith, a friend of Livia Henne, the fashion designer behind Komana. Kirsten arranged castings and it was fairly obvious that Zoe Grisedale would be perfect as the lead. Zoe not only has a great look for Komana, but equally as important, is also an actress – this meant she was able to take direction and change her performance quickly. The ending of the film was very ambitious on the budget we had. Thankfully Kirsten really pulled it out of the bag with our location, the RED gallery. Without the right space, the final reveal would never have worked or at least would have been severely compromised.

Again we were extremely fortunate with our fantastic post-production team. I knew we had captured some great material, but working with Agathe Barbier, our editor, really brought the piece alive. I wanted the viewer to be kept off balance and drawn into this world, creating enough interest and variation before arriving at the pay-off. I felt Agathe totally nailed what was needed, using a wide range of editing techniques and giving the film a strong pace. This pace was enhanced by our composer Andrew Gardiner – Andrew really understood the tone of the film and elevated the piece with his music. 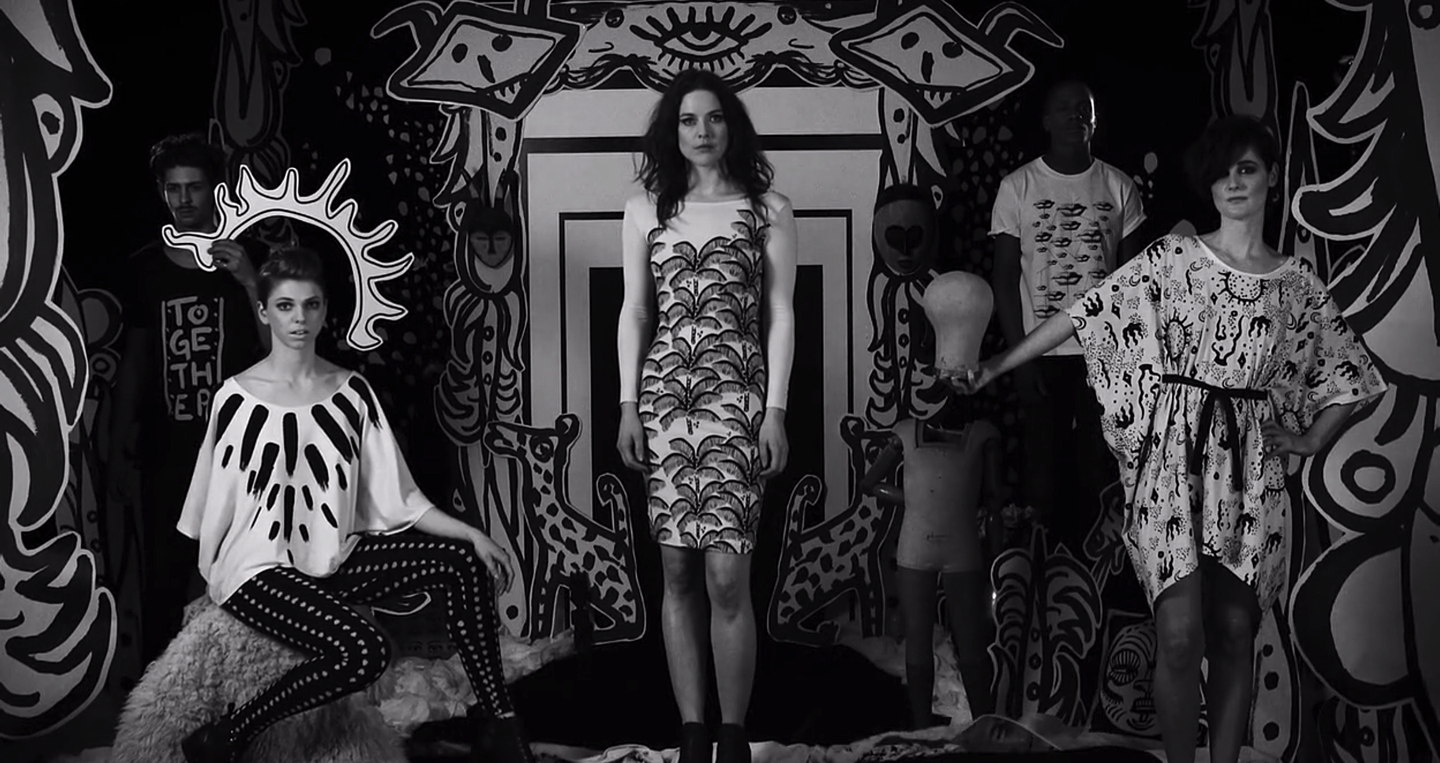 Our excellent colourist, Jonny Tully, worked hard on creating the look you see. Shooting in colour on the F55 meant we had a lot of information in the image to play with, although this can also have its downside – it can show too much detail and reveal more in high contrast black and white than the image did before converting it – so Jonny had his work cut out. They say you shouldn’t get too fixated on how you see a film in your mind… what happens on the day of the shoot can alter that – but looking now at the original moodboards and storyboard it’s a very close thing and I am really pleased with the final piece.

I have just directed a new short film called Boris in the Forest, shot on 35mm. The rushes look stunning, so I’m hoping good things will come of that. We’re about to go into post-production and the short should be ready to enter the 2015 festival circuit. I’ve also written a micro-budget feature that I hope to direct in the near future.