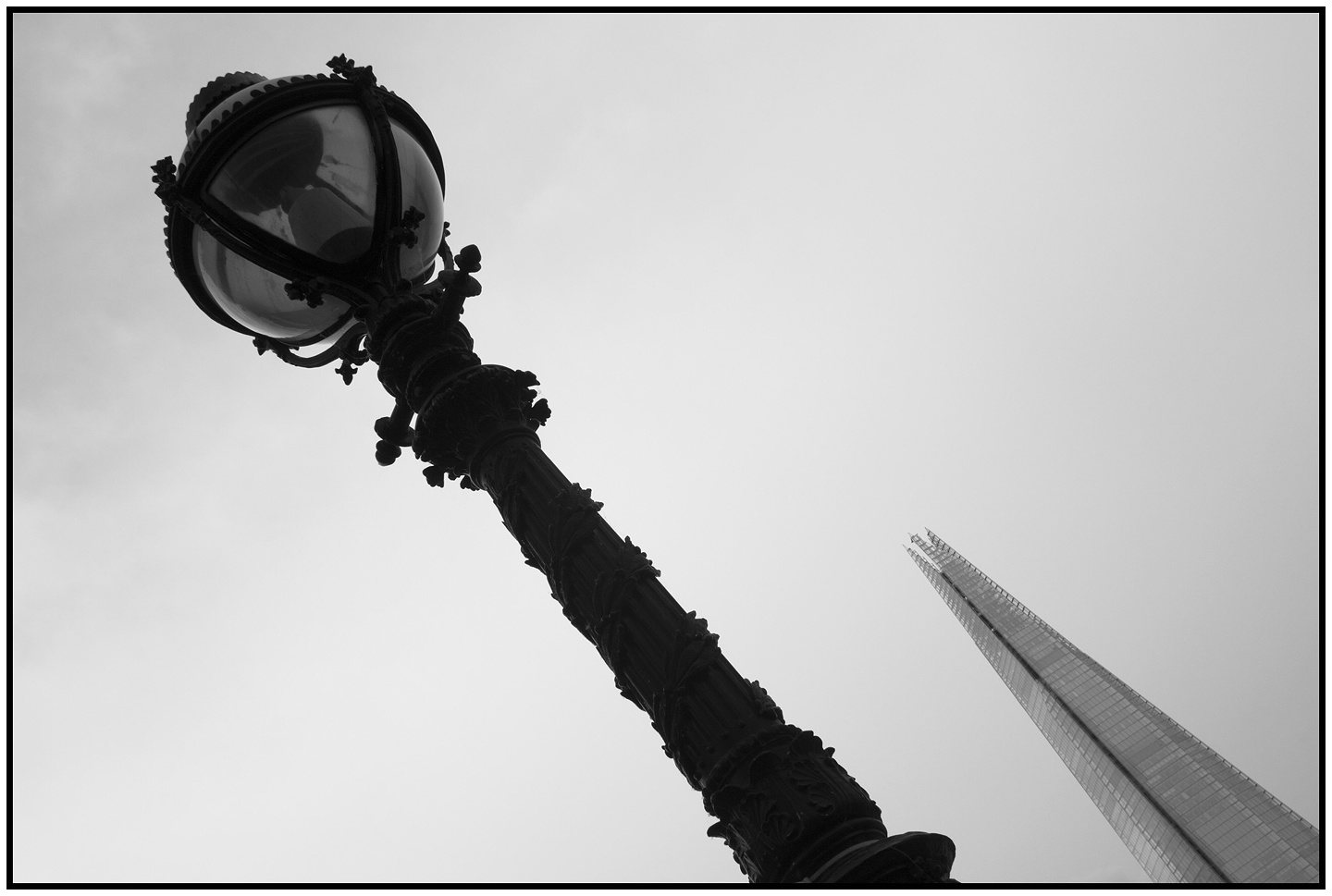 An award-winning filmmaker with numerous shorts under his belt, along with a well received debut feature – not to mention his stellar work covering the Edinburgh International Film Festival for DN over the past 5 years – London director Alex Barrett is one of our most familiar filmmaking faces. You can then understand why we’re so excited about Alex’s new project London Symphony, a poetic silent film about the culture and diversity of London. With the London Symphony Kickstarter campaign powering towards the 50% funded mark, we asked Alex to take us inside his plans for this City Symphony film for the 21st Century.

We’ve seen poetic odes to England’s capital previously such as Finisterre and last year’s archive feature How We Used To Live. What are you planning to bring to London Symphony that differentiates it from what’s come before?

I’ll admit that these films share something with London Symphony – call it a desire to reveal something about the city through poetry – but I’d say that London Symphony situates itself on a different frequency of the spectrum. Perhaps the most obvious thing that differentiates London Symphony is the form – it’s going to be a silent film, with no voiceover, no interviews and no intertitles. So it will be building meaning solely through its images and their juxtapositions. In that sense, it owes more to films like Berlin: Symphony of a Great City or Man with a Movie Camera than it does to any of the more recent city films (which include Finisterre and How We Used To Live). However, it won’t be copying these silent films either – we’re not making a pastiche. It’s a modern piece, influenced by a particular aspect of silent cinema, made up entirely of new footage. So hopefully that within itself will make it something different from what’s gone before. But I also think we’re coming at it from a slightly different thematic angle.

Diversity seems to be a key component of the film, yet in recent years politically it’s been used as a tool of separation and fear mongering. How do you feel the merging and intermingling of cultures makes London a greater whole than its parts?

You’re right, it has been used as a tool for fear mongering, and I think that’s actually one of the reasons why we want to make this film – to try and present a more positive message about this ‘intermingling’, as you’ve put it. I’m a big believer in ethnic and religious tolerance, and I think that British culture can only benefit from exposure to alternative modes of thought. To resort to cliché… if variety is the spice of life, then London is a hotbed of flavour. Cultural identity is becoming ever more complicated, and I think that’s a good thing. The more we learn from each other, the less chance there is of misunderstandings and conflicts arising. British identity has always been changing and evolving over time, and I don’t see why that’s a bad thing. If we all become a little more open-minded, perhaps things would be a little more interesting – for all of us. And this is one of the things that excites me about London: how so many cultures co-exist peacefully side-by-side. Surely that’s something that we should be celebrating and encouraging?

Regular DN readers will recognise you from the extensive articles you wrote throughout the process of making your debut feature Life Just Is, but throughout the years you’ve been a prolific writer of filmic critical essays. How does London Symphony sit between those essays and your first film?

In its own way, the grammar of Life Just Is was also very influenced by silent cinema. For better or for worse, it also had a strong theoretical underpinning, which was naturally linked to my critical writing. I think it’s probably fair to say that London Symphony will also have this kind of theoretical background – I mean, for one thing, it’s being openly influenced by Eisenstein’s five methods of montage. But beyond this, making Life Just Is also taught me a lot about the business of filmmaking, and I’m definitely carrying forwards a lot of what I learnt about that side of things.

As a poetic ode to the city how have you and writer Rahim Moledina approached the script structure of London Symphony?

Well, we’re sticking to the ‘rules’ of the City Symphony genre to the extent that the structure of the film will be moulded to the structure of a musical symphony. So the script is broken into four ‘movements’ of varying speeds, each with its own themes and motifs. Due to the way we’re making the film, we’re planning a lot of back and forth between the music, the script, the shoot and the edit. So it’s going to be a very collaborative process between Rahim, our composer James McWilliam, and myself, and I think the lines between writer/director/editor/composer are all going to become quite blurred. It’s an exciting way to make a film, though quite far removed from what I did on Life Just Is.

Your previous award winning short Hungerford: Symphony of a London Bridge provides a taste of the potential style of London Symphony. How closely will the feature resemble that short?

When we made Hungerford, it was intended as a stand-alone piece. But when we started talking about making London Symphony, Hungerford became a sort-of shorthand for showing people what we wanted to do. Looking back at the short now (it was made 2008), there are perhaps certain things I’d do differently. But I think it still gives a good indication of what London Symphony will become – although the short is understandably much narrower in scope and themes. Also, although it was influenced by some of the lower forms of Eisenstein’s methods of montage, it never made it as far as ‘intellectual montage’, which we’re keen to explore in London Symphony.

Speaking of style, how will the production gear used to capture the film be informed by the City Symphony style of filmmaking you’re working within?

This is an interesting question. I guess the obvious thing for a project like ours would be to shoot on film, but we actually want to embrace digital technology. There are many reasons for this, so I’ll try and outline a few… One of the key themes of London Symphony is modernism, expressed here as the clash between old historic London and the modern metropolis around it. By shooting a silent film with digital technology, a similar clash instantly emerges, allowing us to build in a reflexive element whereby the form itself comments upon one of the film’s key themes. Another element is practical: DSLRs, for instance, allow us to shoot in public without becoming noticeable. Budget, of course, is also a factor. But one of the questions my producer Katharine Round posed to me early on was: “What new technology would have excited the filmmakers of the silent era?” I’ve heard it said that when Berlin: Symphony of a Great City was made, they were doing things like hiding their cameras in suitcases. These days we don’t even need to do that – we can use DSLRs and GoPros, and no one takes a blind bit of notice. So that’s something we want to use to our advantage.

You’re planning to shoot elements of London Symphony at over 200 locations across the city – what are the characteristics of those locations which made them part of the film’s pallet?

Our list of locations is ever-expanding, so 200 was just the initial list… I think we’ve tried to incorporate locations from all over the city (north, south, east, west, central) and also ones that, when seen together, express the diversity I was talking about earlier. Of course, it helps if the locations are visually interesting. Generally speaking, we’re trying to achieve a balance of ‘that’s an interesting way of looking at that building I love’ and ‘wow, where is that?!’.

You’ve been working with composer James McWilliam to create an original symphony for the film. Where have the two of your been looking for inspiration outside of the City Symphony films which came before?

As alluded to above, the film itself is influenced by the work of the Soviet Montage Theorists, so we’ve been looking at/listening to some of the Soviet composers like Shostakovich and Prokofiev, as well people like Benjamin Britten, who previously transposed that influence to Britain.

The London Symphony Kickstarter campaign runs until Oct 19th, why did you chose to go the crowdfunding route?

We felt that, as a film about London, London Symphony was really a community project. So we’re trying to build that community up. We want to speak to other people and see what London means to them. This film isn’t about trying to impose a predetermined idea of what London is. We’re trying to capture the essence of the city, but the city means different things to different people. So it’s about speaking to people, and part of that becomes about actively engaging people in what we’re doing – and crowdfunding is a great way to do that. Of course, from a conventional point of view, it’s also a fairly uncommercial project, so a lot of the more traditional funding routes aren’t really open to us. So we really are relying on the support and generosity of the community to help us get the film made.

Aside from the traditional means of distribution, what plans do you have for the event led screenings of London Symphony?

As it’s such a musical project, we’re really keen to organise screenings where the score is performed lived. We’re also excited about the idea of trying to screen the film in some of the locations featured in the film. In a way, I guess this comes back to the community aspect of the project – it’s about trying to take the film back into the community from which it came.