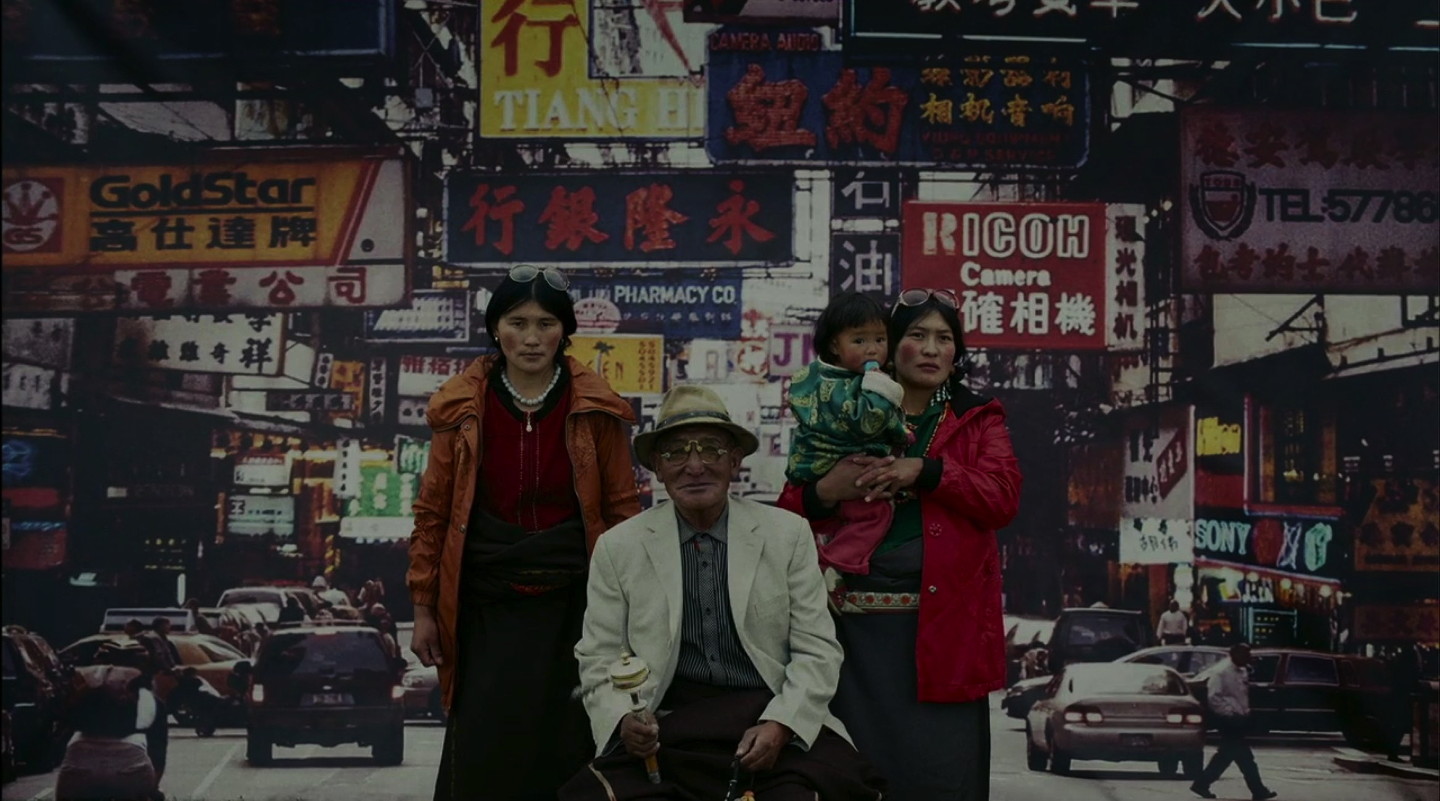 Amidst the excitement of last week’s Oscar nominations and the subsequent hubbub which ensued around the lack of gender and ethnic diversity amongst this year’s nominees, you’d be forgiven for overlooking one of the most unexpectedly impressive films battling it out for a coveted golden statue, tucked away as it was in the Short Film (Live Action) category. Ostensibly the story of a photographer and his assistant capturing family portraits of the inhabitants of a remote Tibetan village, Hu Wei’s experimental short Butter Lamp proves itself to be a multilayered thesis on the influence of globalisation and the erosion of Tibetan culture. DN caught up with Wei to discover how he went about blending fact and fiction and why a single image almost brought the whole production to a violent end.

Documenting photo shoots of Tibetan families against landmark backgrounds doesn’t immediately seem like an idea full of cinematic promise, but Butter Lamp delivers on that concept in a very powerful, multilayered way. How did the idea develop?

The idea of Butter Lamp has existed for a long time but it wasn’t until 2008 at the FIAC Paris when I saw Michael Nash’s photograph Warsaw 1946, did I finally decide to write the script. In this photograph, a photographer uses a backdrop with some rural scenery to mask the war ruins while shooting a portrait for a woman, it was taken in Warsaw in November of 1946. The differentiation of space presented in one photograph really impressed me and I think that is sort of a common agreement between the Western culture and the Oriental culture, after that I finished the screenplay of Butter Lamp.

Although the film has a documentary aesthetic and features real Tibetan nomads it’s a scripted piece. How did that merging of factual and fiction elements combine to allow you to achieve more than working in either form alone would have allowed?

First of all, the authentic appearance of Tibetan nomads can’t be replaced by any actors, this is evident especially through their shyness and touch of unnaturalness when they face the camera. Secondly, I do believe that a documentary filmed in Tibet will be splendid and there have been many outstanding documentaries about Tibet. But as a short film of 15 minutes, I need to gather and express all of my thoughts and ideas in a very concise way, which can only be presented as a fictional action film.

Given Tibet’s history with China and the Western world what commentary did you intent Butter Lamp to make on issues of Tibetan identity?

I hope to call attention to Tibet and Tibetan culture and traditions that are vanishing due to various reasons. And at the same time, examine the changes of our own culture under the influence of today’s globalization and modernization.

You initially attempted to make Butter Lamp in 2010 but were forced to pause production until 2012. What problems beset that first attempt and how did the project evolve over the intervening 2 years?

During the first attempt of filming, the Tibetans saw the backdrop with the picture of the Tiananmen Square and were furious. They thought that I was using them for some sort of political propaganda and it led to a serious conflict, some radical Tibetans smashed a camera and injured the camera operator. To avoid further escalations, we chose to give up. We then waited for two years to resume the production. In the two years between the two attempts, I shot another short film; some decided to quit the production of Butter Lamp, and some joined us on board. 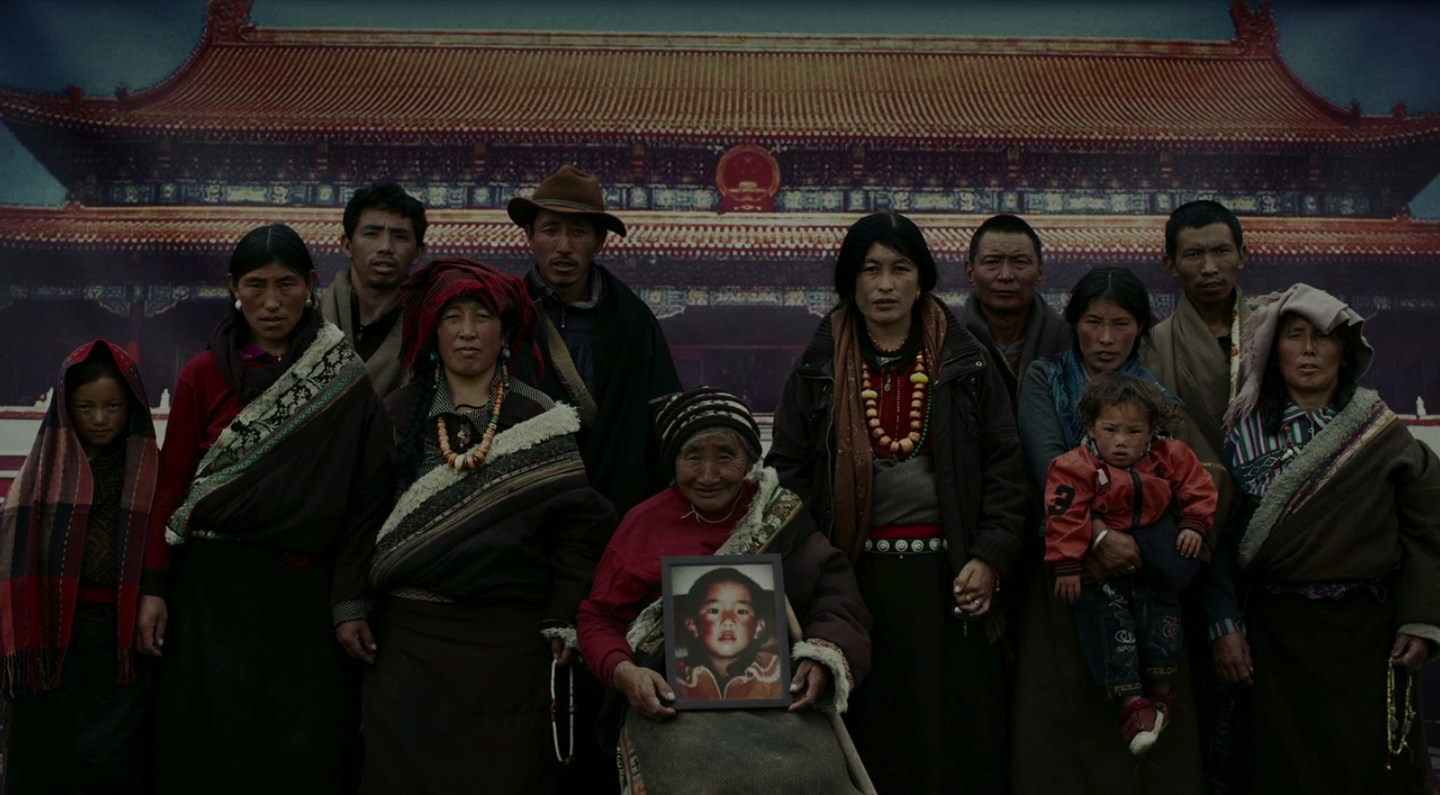 You shot on a plateau at over 4,000 meters altitude using the Red Epic. What factors made you choose that camera?

In fact for the first attempt, we planned to use the 35mm camera, but one of the technical issues was we weren’t able to get the film developed in China without an official filming permit issued by Chinese government – In China, all movie film development labs require a filming permit to provide film developing services – and if we did not develop the film, it would be an extremely complicated thing. Given all the risks, we made a final decision to use a digital camera, and the main reason for selecting the Epic is that among similar products, it is the lightest, which was very important for us.

Because of the long, uninterrupted takes Butter Lamp feels like an ‘unedited’ film which of course isn’t the case. Does the final film’s structure match that of the original script? What was the emotional journey from each photographic set up that you wanted to take the audience on?

I was trying to create a “mockumentary” from the beginning; the feeling of “unedited” was there in my head already when I first started writing the script. Every photo was hand picked by myself when I wrote the script, between every photo there had to be inner correlation and correspondence – the site, the content, even the colors. It needed to be solid but not overly real. It needed to make us feel that we could not tell fiction from reality.

You’re currently directing your first feature film. Are you once again taking an experimental approach or will it be more traditional in its narrative structure?

It will return to traditional methods in its narrative structure but in terms of ideology it will be more experimental. As for the story, I’d like to keep the audiences in suspense 🙂