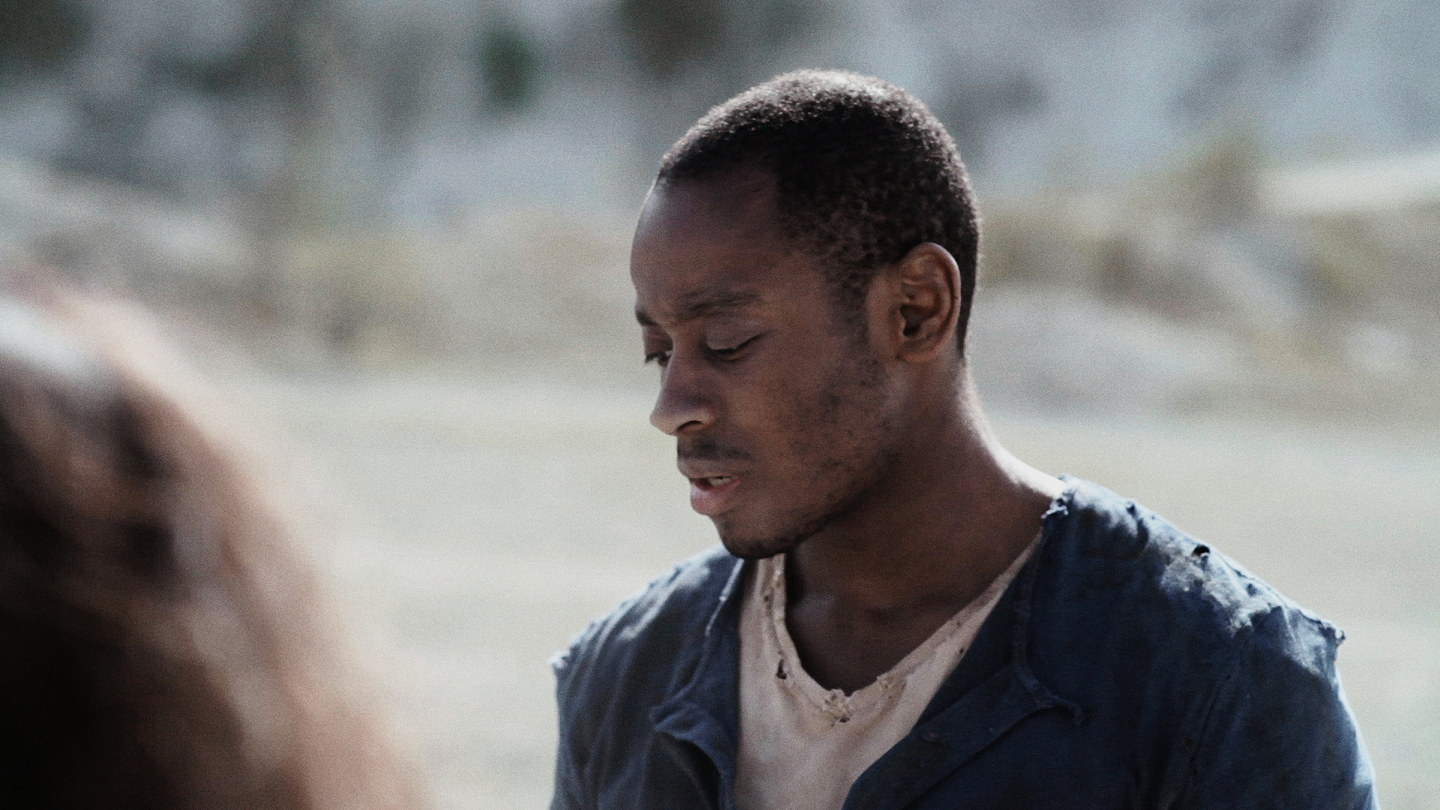 We first discovered the work of Actor, Writer and Director Eric Kole back in 2013 when he shared his actor’s reel-building directorial short film debut Fifty Pence with us. Since then Kole has helmed and stared in feuding brothers short Not Far From The Tree, and now returns to DN with his narrative departure into the realm of post-apocalyptic story telling, Hold. We asked Kole to share the inspiration which led him to subvert the typical end of the world character motivations and why he still approaches filmmaking from an actor’s perspective.

As with Fifty Pence and Not Far From The Tree, you both act and direct in Hold. Do you initially approach these projects as a Director with a story to tell or a showcase for your acting talents?

I think at this point of my filmic journey, my main focus and priority is acting, so I think that’s probably the starting point of my process. Acting has made me ever so aware of mine and other people’s emotions and feelings, and curious as to how emotions are born, what generates them, their context and the circumstances that would allow them to grow or maybe evolve in something completely different. I don’t think we can ever really know the full extent of how it all works, especially for others, but we can imagine, and that’s what helps me create the stories that I tell. Actors do that anyway – when you’re given a script, you do not have all the details about a character and why they are where they are (physically and emotionally) in the script, it’s up to you to make up that story for the benefit of your own performance. I just also use those stories to make films.

The post-apocalyptic narrative is one we’ve come to equate with brutality and desperation but you subvert those expectations with what is actually a tender story of loneliness. How did your research into the Maslow Hierarchy of needs inform the story’s development?

My intention with this film was always to explore the idea of two people that had never met but feel the need to to be close to one another, all that without falling into the star-crossed lover narrative. It had to be a necessity, rather than desire, so I was trying to find a way to justify that. I ended up looking-up ‘Human Needs’ and that’s how I came across the Maslow Hierarchy of needs, which helped me establish the male character’s conscious and subconscious motivations. As for the post-apocalyptic narrative, I had actually discovered the location back home in Bedfordshire over a year before I wrote the script, so it had been in the back of my mind, and came in handy when I decided that the character would have had to have been alone for a very long time. How do you justify that? Oh, I know, I have this desert-like location, let’s say most of humanity is dead, that would justify his feelings. Haha.

As part of the pre-production process you created mood and VFX concept boards. What were the references you drew from to set the look and mood of the film?

I started pre-production right about the time that Joseph Kosinski’s Oblivion had trailers out on TV and all over the internet. The visuals of the film really affected my vision for this film, and to top it off, when I caught up with Mimi VS – who was the wardrobe stylist on Hold – she suggested her friend Amanda Fernando Stevens for the female role, and I thought that she looked a bit like Olga Kurylenko, who play Julia in Kosinski’s film (they should totally play sisters in a film one day). I saw that as an intergalactic sign that I was on the right track.

I then started looking at a lot of other films that would show a drastically different version on earth, in order to come up with an explanation as to what had happened to the planet (John Hillcoat’s The Road, M. Night Shyamalan’s Another Earth, etc…). Even though it wasn’t crucial to the story I was telling, I felt like I needed to inform my VFX Digital Matte Painter, Davide Binello, of what had happened, so that his work would fit and be in-sync with the plot and the general feel of the film.

You shot Hold over a day and a half in Bedfordshire, what was your equipment set up for the shoot and the filming considerations for the VFX to follow?

We shot Hold with a Canon 5D mkII DSLR so everything was rather compact, which was very handy as it isn’t the most convenient place to access with a lot of equipment. The only shot that had some VFX work done to it, was the opening, so to avoid having to stabilise and use trackers, we simply shot it on a tripod and caught a shot of a VFX card at the end of it to make the Matter Painter’s life a little easier.

Once you moved to post how did you go about transforming the landscape into the desolate post-apocalyptic world of the film?

I guess the best way to explain it is to show you the VFX breakdown video:

Lewis Crossfield’s (Electric Theatre Collective) colour grade also did a lot to bring out a washed out look and the harshness of the environment.

What was the collaboration process between yourself and composer Justine Barker to create Hold’s haunting theme music?

It was great! I had given her a few broad references: like Water and Ash by Nick Cave & Warren Ellis (John Hillcoat’s The Road – OST), the first minute of Good Night Bastard by Marco Beltrami & Buck Sanders from (Kathryn Bigelow – The Hurt Locker – OST) or even Prawnkus by Clinton Shorter (Neill Blomkamp’s District 9 – OST). I was after a rather harsh instrumentation, but a very slow and atmospheric pace that she could build up as the tension between the two characters rose. I also highlighted which moments were pivotal to the characters’ emotional journeys, so that she could underline them by either introducing a new instrument or a change of pace, etc… From there I was pretty open as to what she had to offer.

Hold was quite a narrative departure from your previous two shorts, will we see another short in a similar vein or are you planning another shift with your next film?

I feel that as a Director I really like to explore stories from an internal, emotional and perhaps psychological perspective and I will probably do some more of that with the next few films that I make. As to what you will see next from me: I have so many ideas and concepts that I’d like to explore going through my head, I’ll have to work out which one to put all my in effort in first (oh, and find a Producer, haha).