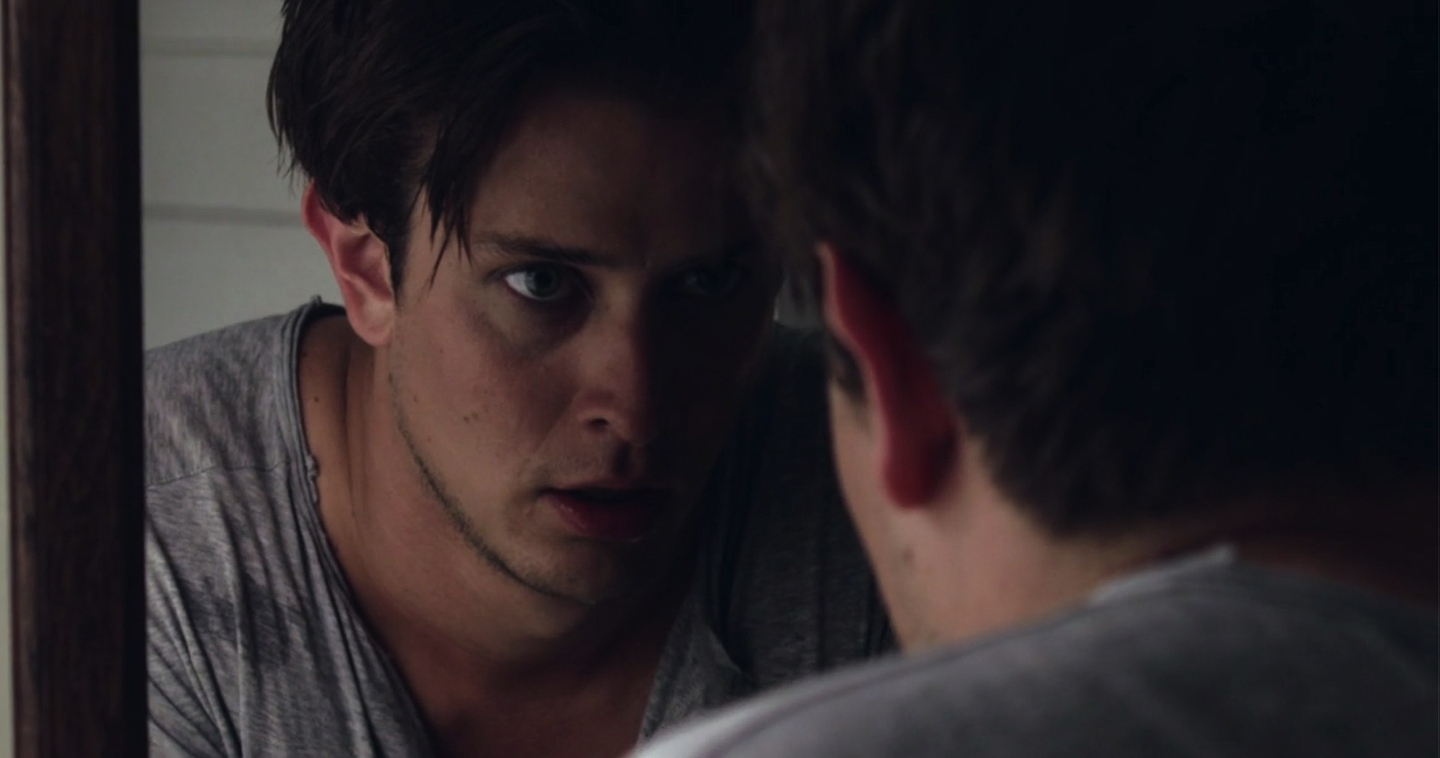 Experience has shown that no matter the occasion, if you mix the right (or should that be wrong?) dysfunctional personalities with a quantity of alcohol, there’s no amount of reasoning that’s going to stop things from heading South in a pretty explosive way. In Matthew Charof’s short film Firefly, when Remy and Juliet decide to crash a backyard barbecue it’s not long before events escalate for the worse. Matthew tells us how an extracted scene from a compelling short story made its way into this pensive short about broken people.

Like all stories in life, they either come from your own mind or some place else. It’s poignant I know. In this case Firefly, our short film, the original story came from some place else. My dear friend Sara Cardoza, a beautiful soul and an amazing writer sent me a short story one day called The Very Lonely Firefly. The story was about a young recluse named Remy who meets a bad-ass chick named Juliet. It’s a coming of age story, one that doesn’t necessarily have the happy ending that we might be used to in Hollywood, but one that really tugged at my personal heart strings and inspired me to adapt it into a short screenplay. When it was done, I had about a 30 page piece, so it sat in this awkward place between a short and a feature. So I extracted one of the scenes and re-wrote it a little. Originally this party took place in a bar but I wanted to contrast the dark nature of the story with the lighthearted setting and bright colors. That scene is what you can now see here as the short Firefly.

Once the script was done we started casting. We worked with Liz Lewis Casting Partners to find our wonderful cast. They are a really awesome agency here in New York with some great casting directors to work with. It really is important to take your time with casting, which is something I have learned in the past. Two things that can really break your film is bad casting and bad sound, so it is important to really cast wisely and work with your actors beforehand also. Make sure they know what you want and allow them to give that to you. I can usually tell right away if I am going to cast someone or not, so when our lead Kathleen walked into our session I knew that I had found Juliet. As with her character in the film, Kathleen has this very strong energy that is warm and soft but also commanding at the same time. She blew me away to say the least. Also Josh and Isabel and Curzon were sure picks from the start and really amazing actors to work with! I had the pleasure of working with Curzon again after Firefly, on another short I co-directed called Morning Ration, which will be released soon so look out for that.

As this was my second short film and having been working in the industry for a couple years, I had put a good crew together that I brought back again to shoot this film. I think having a consistent team is important and working with people you can trust is essential as a director to stay true to your vision. But just keep in mind that the bigger the production and crew, the more you start to lose that vision because it gets interpreted by so many different people in so many ways and when you are on a tight schedule and budget sometimes you have to bite the bullet and run with it.

We shot the film in one day at my aunt’s house in Westchester County, NY (thanks Aunt Lani!). My mother (thanks Mom!) was our craft services and we had a small skeleton crew led by myself and our DP Dan Witrock (Dan the man). Dan and I had scouted the location a week before and talked about the shots we wanted. The RED Scarlett was our camera with Cooke lenses to get that subtle, smooth almost vintage look we were going for. We rented a van and drove everyone up, cast and crew, from the city. As we were driving up I started to get a little nervous because I saw some rain clouds blowing in, and having almost all exteriors to shoot for the day I thought it might be a little bit of a problem, but didn’t let it get to me.

Because of the rain, we started to play with different ideas of how we could move the “barbecue party” inside. The house was small and we didn’t have a lot of options and we definitely didn’t have a lot of time. So I had to make some quick decisions. In the end the sun prevailed and we ended up sticking to our original exterior shots, but just switched around the order of the day in case it did decide to rain again. We finished our day on time and got everything we needed. The fireflies even came out when it got dark and we were able to capture them in a nice wide of the backyard that you can see in the beginning of the film. I cut the film myself and worked with a sound designer Will Whatley (who was also our sound mixer on set) to create the atmosphere, background music and sound effects. A big challenge in the editing room was continuity as we didn’t have a script supervisor on set and the rain gave us some problems as well. But in the end I was able to save most of the cuts to where no one could notice. At least not the untrained eye. We worked with colorist Vlad Kucherov to really make the colors in the film pop and keep that high contrast we were looking for. We’ve screened the film in Spain, Canada and New York so far, and now here online. We are still in consideration for a lot of festivals that we hope we will be accepted to!

Thanks for reading and I hope you enjoy our film Firefly as much as we enjoyed making it.