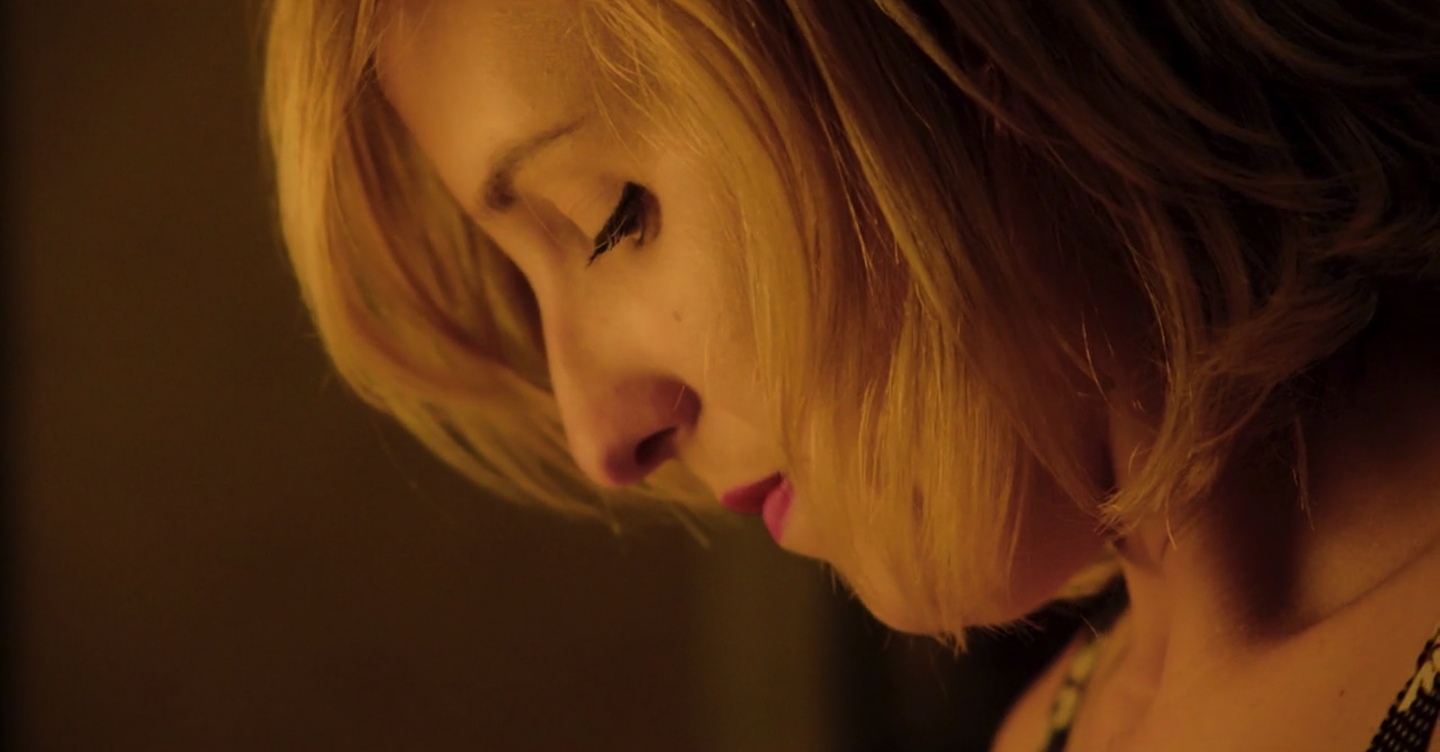 There are moments in all our lives which leave an indelible impression on us. Moments which are so compelling that the pathways to those memories are well worn grooves which we can retrace and re-experience with a vivid intensity that surpasses the initial experience itself. In Paavo Hanninen’s two-hander The Heart Wants What It Wants, former lovers attempt to rekindle the flame by re-enacting the past, only to discover that they’re intentions may well be mutually exclusive. Hanninen tells DN how a dream double-take evolved into an opportunity for him to navigate back to a style of filmmaking in which small moments have a big emotional impact.

The Heart Wants What It Wants came from a dream. In this dream, I was older and at a conference for some un-specified industry and across the convention hall, I locked eyes with someone who looked familiar. We both did a double-take and I instantly realized I was looking at a girl I had dated in college, which in the dream was a long time ago. The dream ended shortly thereafter with us spinning around and round in the middle of this convention hall. That was the initial seed of the idea, and from there I folded and kneaded and re-worked the idea from every angle, feeling that there was some kind of emotional truth to that initial spark that was worth playing with. Tied into this was my desire to scale down from my previous short which had been a premise-heavy, sci-fi film called Tiny Tape Recorder that had lots of extras and convoluted exposition and heavy production design. I had felt by the end of making that short that I had drifted off-course from my initial intent, and although I was happy with the final product I wanted to try to make something that zeroed in on the internal mechanics of a single moment between two people where the cadence and swing of every emotional beat had a meaningful impact on the lives of these characters. Also, I needed to make something cheap.

Initially there were multiple locations, a lot of backstory about oilfield supplies and chemical dependencies and failed marriages, and a whole lot of business to work through to get from point A to point B. However, through the process of re-writing over and over again, all of that began to fade away, and through casting and rehearsal more and more of that baggage got pushed aside until the story was squarely focused on what was happening in the room, in the moment between these two former lovers. Every film is an education, and I felt like making this film I learnt all over again how to allow the audience to fill in the details as they go and how to let the small things remain small. It’s easy to over-amplify the significance of every single decision a character makes when you are staring at the words on a computer screen for months on end.

With this film, I wanted to explore the conflict that occurs when the reality we imagine for ourselves butts up against the actual reality that we have to live within. Beyond this, I wanted to explore the idea of personal truth and personal authenticity. If someone has an emotional reaction to a dream does that emotion somehow count less just because it was a dream? What happens when a fleeting, casual romance contains the same emotional intensity as a years-long relationship? Is the past and the future we imagined for ourselves in that past less meaningful than the present? Projecting desires for personal satisfaction and meaning onto other individuals can lead to dangerous territory where what we want does not sync up with what the world allows, leaving us stuck in a perpetual malaise of discontent. 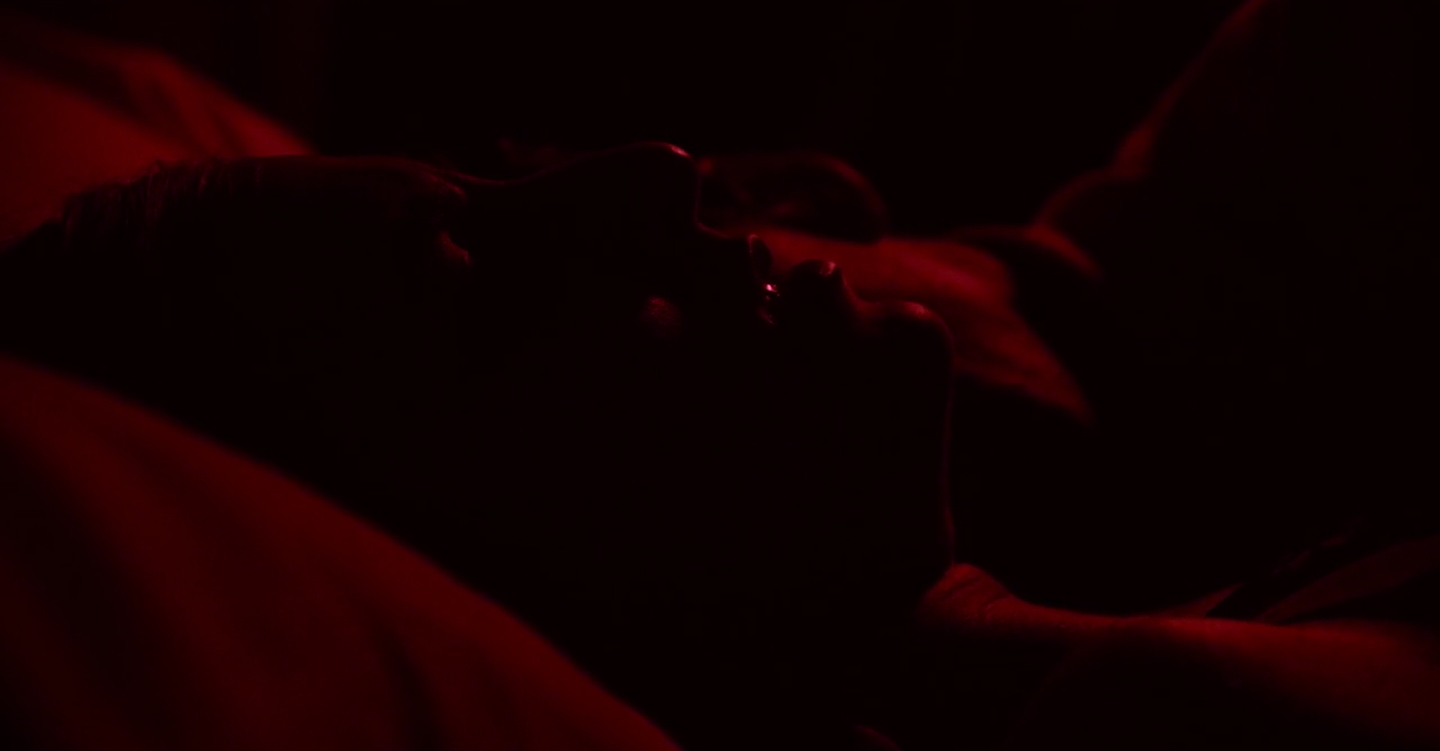 The DP, Tom Rosenberg, and I went through multiple rounds of storyboards, painstakingly plotting out every shot, knowing that it would be a real challenge to create meaningful compositions with an engaging visual variety in the confined space of a hotel room. For me, this process is just as important as re-writing the script, as new ideas and flaws in the dialogue and staging reveal themselves when you start considering how you would actually visually portray what is going on. Sometimes a set of unsatisfactory storyboards will lead to a complete re-write of a scene as the lack of a compelling visual strategy is usually indicative of an underlying flaw in the architecture of the screenplay.

Once we had cast our two wonderful leads, Todd D’Amour and Morganna Bridgers, my producers David Hall and Danielle Dyar and I had to turn to the practicalities of production. Working on a shoestring, out-of-pocket budget, we called in favors and improvised left and right. Fathappy Media generously allowed us to use their FS700 which we equipped with an Odyssey 7Q in order to shoot 4K Raw. In-camera zooms have always been one of my favorite bits of film grammar; however, actually procuring a cinema zoom at a reasonable rate was looking impossible. Also, we needed a lens compact and lightweight enough that we could work with it in the limited space of a hotel room, and I really hate shooting with photo zooms if I can help it. After a lot of research, I ended up purchasing a very old Lomo Foton 37-140 zoom lens which we shot the entire film on. We discovered that it was not properly collimated, which made our AC Jim Hickox’s ability to keep the entire film in focus a significant challenge. To add to our challenges on set, we did not have the budget to rent out a full grip package, so we were limited in our arsenal of stands. Luckily, I had recently been gifted an old set of Encyclopedia Britannicas. These and, at times, a tupperware container full of hummus stood in as light stands and apple boxes. Tom and Jim–who both shared gaffing duties–managed to make a beautiful film without a single “real” film light, mostly shifting the hotel table lamps around the room and using a couple china balls with tungsten bulbs in them to fill as needed.

All in all, it was an extremely unorthodox, DIY, 2 day shoot but thankfully everyone was in a good mood and along for the ride. I think the film would not have turned out as well as it did if the vibe on set had been more rigid or official. We kept things chill and quiet and gave the actors the space and time to nail their performances. It did not feel like a film set–and I mean that in a good way.

In the editing process, I cut out even more backstory and exposition, taking notes from multiple people to keep it all in the moment, focused on what the audience could experience along with the characters. I turned to my friend and extremely talented musician, Isidro Lanning Robinson, to do the score, and worked with Kimaree Long to try to tame the sound issues created by shooting in an active hotel and using a loud follow focus. We then went to Bradley Greer for color correction and realized that the FS700 4K Raw recorded by the Odyssey 7q can be tricky to work with, but Bradley worked it out and dialed in a really evocative look.

Overall, I’m very happy with the film and think that the entire team helped to put together something that we can all be proud of. It’s a small film on purpose. I think there should be more small films in the world.