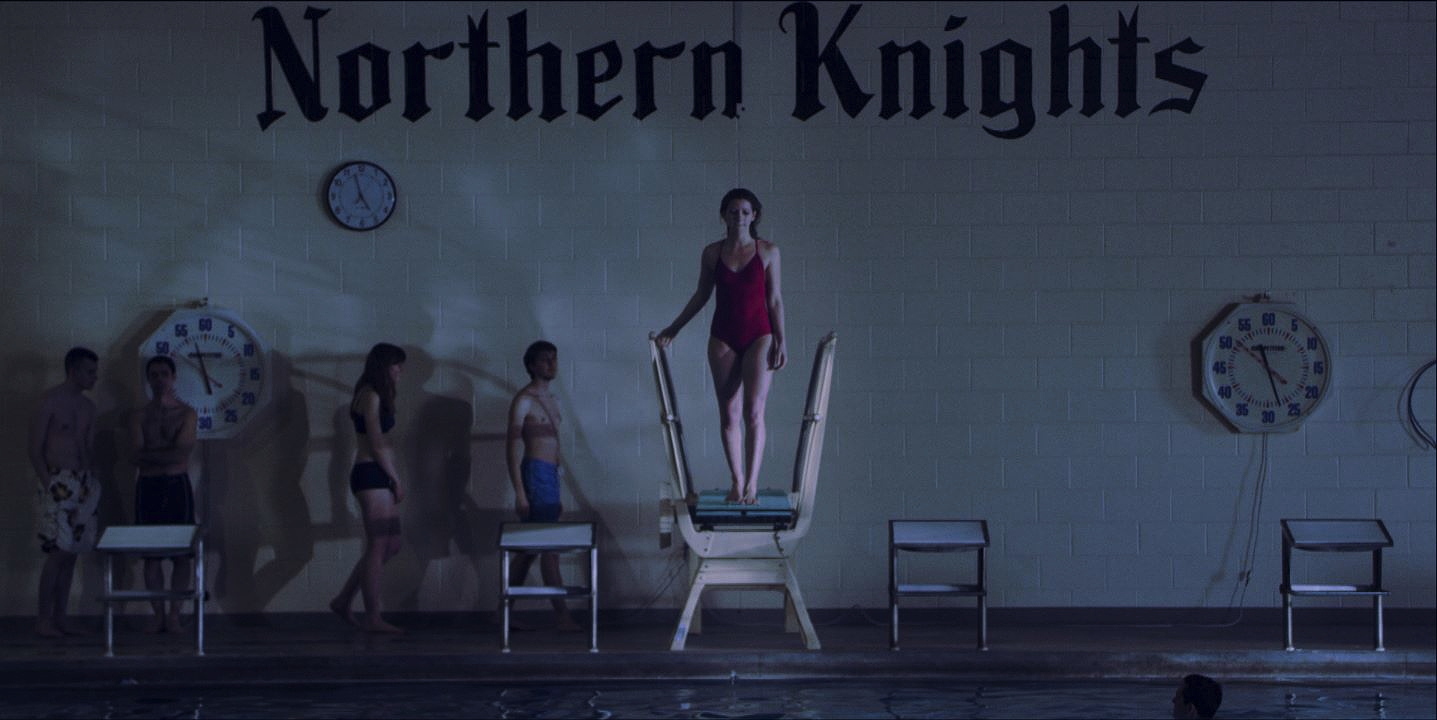 When a high school girl and her chemistry teacher suddenly go missing in Joe Testa’s multi-perspective short Hearsay, the rumour mill cranks into overdrive as fellow students share secrets and postulate about her life and ultimate fate, pulling the audience into the emotional turmoil of rumours and lies. DN caught up with Testa to discuss why the ‘truth’ isn’t what we should by seeking from his confessional narrative.

While Mindy’s disappearance is the catalyst for the narrative, Hearsay is at its heart a story about secrets and that compulsive “don’t tell anyone but…” nature of them. How did this story of subjective perspectives develop?

The first seed was planted as I was flipping through one of my favorite books, Slaughterhouse Five. I noticed that the first word in that book is “Listen.” which I always loved because it immediately pulls you right into the narrative. I had this idea about a student and teacher that go missing and I kind of used that word to jumpstart the whole thing. I’d say I based it more around that word than anything else. As if to say: Are you paying attention? You might miss something. That idea quickly meshed with the world of high school gossip. I eventually realized that it would be interesting to force the audience back to when they were in high school to see if they would revert back to age-old biases and preconceptions about which students they should trust and which students they shouldn’t: Would they believe the jock? The ‘weird’ kid? The popular girl?

There’s that old script warning against using voiceover, yet this is a film that lives or dies on the effectiveness of its voiceover. Knowing that, what steps did you take use the device as a strength and not a potential weakness?

I wanted to use the short form to experiment and do something that couldn’t be done for an entire feature length film. Once I had the story down I never really envisioned it any other way. When I wrote the script, each line of the voiceover was short and to the point, pretty much to keep the page count down and get the story beats across. When my actors and I got into the voiceover room, we kind of just used the script as a guide and tried to get as much life/personality out of their voices as we could. I think people will pay attention to the voiceover as long as it is interesting and there’s enough going on onscreen to keep them invested. I hope we succeeded.

Ideally everyone will talk about what they think happened at the end and the gossip will continue.

It feels as if each character is confiding in someone specific – is that the case?

We just wanted to make it feel as if each character were confiding in someone they could trust. Nobody keeps anything to themselves in high school (even when they really should) and we just wanted to make the viewer feel like they were being let in on a secret that they shouldn’t share with anyone else. Ideally everyone will talk about what they think happened at the end and the gossip will continue — a sort of ‘meta’ way of proving that you can’t trust anyone with your secrets.

Aled Roberts’ composition, particularly the strings, has this foreboding nature to it. How did you two work together on the music?

I came to Aled with a bunch of references and ideas for each section and the two of us were on the same page almost immediately. We knew that the music had to do a lot of the heavy lifting in terms of building the dread and setting the tone for each section. Aled had a ton of ideas about each segment such as having Alexis’ section make us feeI like we were drowning/underwater, giving Chad’s music a scheming quality, etc. I trusted Aled so much that I ultimately just let him run with it. He disappeared for about two weeks and when he resurfaced he presented me with a score that really pulled the whole thing together.

Until the final section the accounts play out character by character. Did you experiment with a more crosscut structure at all?

I thought it would’ve been too convoluted to crosscut the entire way through. I think the chapter format allowed us to establish a visual language and flow that would’ve been lost if we were cutting all over the place/using different voiceover throughout. I liked the chapter approach because it allowed for the audience to digest one character’s story/interpretation, take a step back, hear another’s side of the story, and then put it all together and decide for themselves who to trust.

A lot of people ask what the ‘true’ ending is and I think they’re largely missing the point.

The ending still feels fluid and open ended, as if things could turn out differently for Mindy if someone else was talking about it? How central was the nature of ambiguity to you in this story?

I wanted the various interpretations of the ending to work as a judgment of the viewer. If you believe the jock, is it just because he’s popular? A lot of people ask what the ‘true’ ending is and I think they’re largely missing the point. The thing I like most about the story is that if people talk about their interpretation then the hearsay just goes on and on and on and things could turn out differently for Mindy each time. 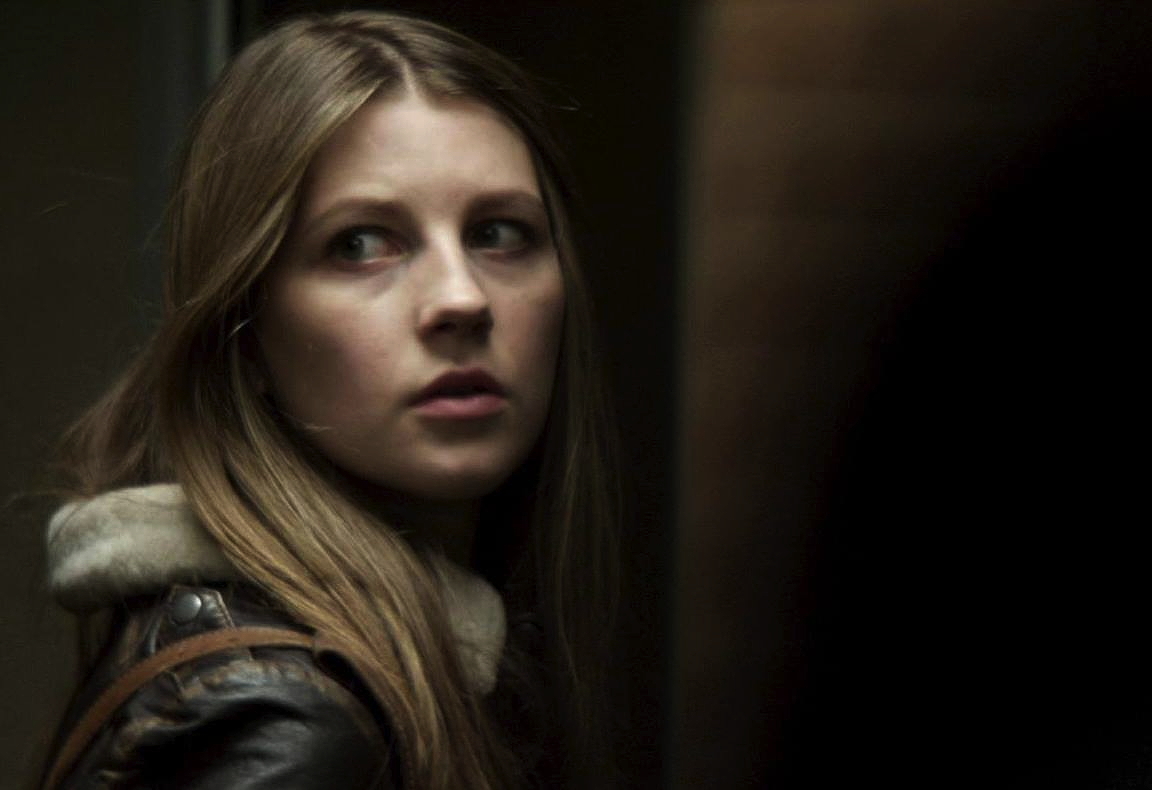 You produced Hearsay at NYU in the Fall of 2012. Why did you wait three years to bring it online?

The film was originally produced during my final semester at NYU in Fall 2012. We were a week away from shooting when Hurricane Sandy hit and screwed everything up. We had to start from scratch and produce the film all over again. Luckily all of our principal actors stayed committed to the film, and much of it turned out for the better, but we didn’t shoot until Spring 2013 and we didn’t have a finished product until Fall 2013. After that, we submitted to about 20 mid-to-upper-tier film festivals and were rejected from each one. All of the feedback we received was extremely complimentary – the only complaint we kept hearing was that it was too long, which was very frustrating. After that I just kind of moved on and focused on writing and work. Then one day I woke up and decided it was time to take the password off, hope for the best, and put it behind me.

Ever since graduation, I’ve pretty much just been working on building up my script portfolio. I wrote two features and an hour long drama pilot. Luckily I was able to get Hearsay and one of my features into the hands of a small production company out in LA and they loved it. We’re now developing a narrative feature together that I’m very excited about. Hopefully you’ll hear more about it sometime soon!