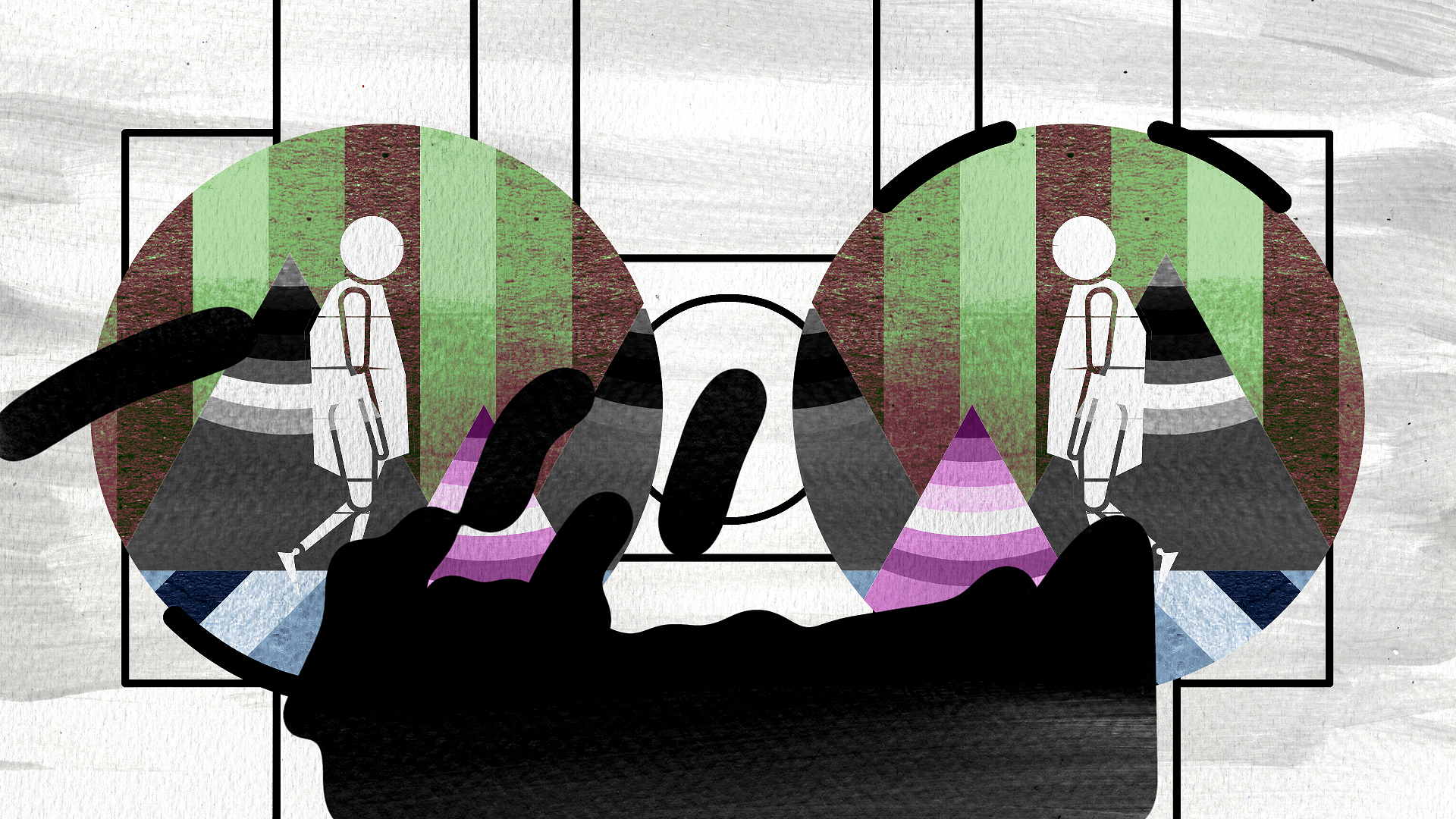 Over the years it’s been a pleasure to witness the inventive ways in which Italian animator Emanuele Kabu combines the digital with the physical (and back again), to create sumptuous pieces of visual art that also touch upon the existential themes which speak to the human condition. Emanuele chats to DN about The Nomadic Alternative, his colourfully kinetic music video for long time friend Mattia Del Moro, A.K.A. Delta Club, and explains how he tapped into feelings of restlessness to create a beautifully shifting piece about self and place.

Bruce Chatwin’s unpublished book The Nomadic Alternative and the impossibility of fully representing experience through art provided a jumping off point for this video. How did your personal inspirations combine with the themes Mattia Del Moro (Delta Club) wanted to express? Did that direction remain constant throughout production?

I worked with Mattia as I usually do when I work on music videos. I normally ask artists to share lyrics with me and visual references they think could be relevant to their own project, if they can think of any. Mattia sent me loads of visuals straight after… visuals I tried to reinterpret from my perspective. His references talked a lot about places and a person running away from those places, trying to escape. Mattia’s idea led me to the creation of a non-place made of constantly evolving backgrounds: a place containing all the places. I applied the same treatment to the human shaped figures you can glimpse throughout the video, merging all the people it into one person, constantly changing shapes, walking, perhaps running after something.

What I always try to do is to take something that is not mine and translate it into my language.

Anyway, you can find influences from Minimalism, Abstractism, Suprematism and some elements of the Psychedelic movement in all of my videos. I believe the artists I’ve worked with so far are attracted by this type of imaginary. What I always try to do is to take something that is not mine and translate it into my language in the most respectful way, a balance between what the musician/client wants/expects and what I would like to do.

What was the collaborative process between you and Mattia during production? Did your pre-existing friendship make collaboration easier?

Let’s say that Mattia completely trusted me. I shared a couple of previews and discussed my ideas with him as the work progressed but he let me get on with it. Working with him has been easier because he knows that the way I work is sometimes a bit complex. 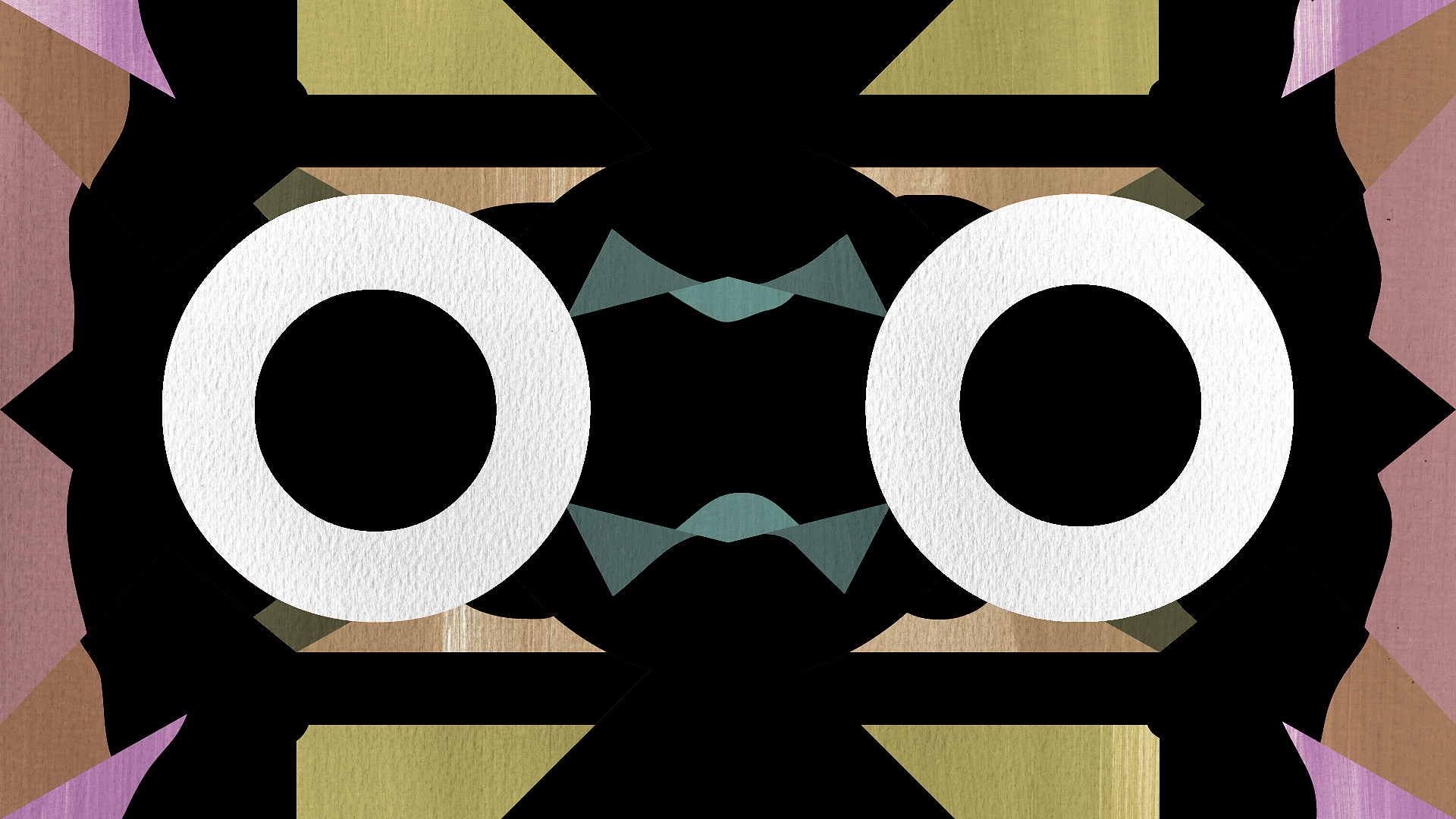 Colour has always played a major role in your work, how do you go about building a colour palette for a piece?

I really love working with colors even though the selection of colors is often one of the hardest parts of the job (in fact my hidden dream is to realize a music video in black and white… but seems to be rather difficult). The colour palette is something that constantly changes during the production of a video and it frequently happens that I decide to completely distort it towards the end of the work. No exception for The Nomadic Alternative! If I was to show you the very first tests you would see how much the palette changed. In this case I just decided to maintain a more limited palette using dull colors in the first part (before Mattia’s voice comes in) to then ‘explode’ in the second half. I thought it would be functional to the flow of the song and it seems to actually work.

There’s perpetual motion throughout The Nomadic Alternative but it’s a motion which isn’t slavishly synchronised to the music. How did you develop the flow and lifespan of your shapes?

Let’s say it’s a pretty surgical work. I usually draw the shapes and the animations without the support of the music; then I spend hours and hours to edit everything. There is a part of randomness in the whole process but it’s something I love, I am a big fan of imperfection.

What were the tools and processes you used to bring everything together?

All the digital animation were done in Adobe Flash and then edited with Adobe After Effects. Backgrounds and textures were drawn or painted using markers, ink and acrylics on paper then edited with Adobe After Effects (a big thanks to Laura Pison for the help on the backgrounds). It’s my usual set-up on which I am continuing to work and experiment.

What new work do you have on the horizon?

Another official music video was released a few days ago for Paper Lights’ We’re Alot Like Trees produced by Dreambear.

At the moment I’m working on something for the cool kids at Adult Swim. It’s a collaboration with another artist/animator I like a lot. Hopefully it’ll be out soon.