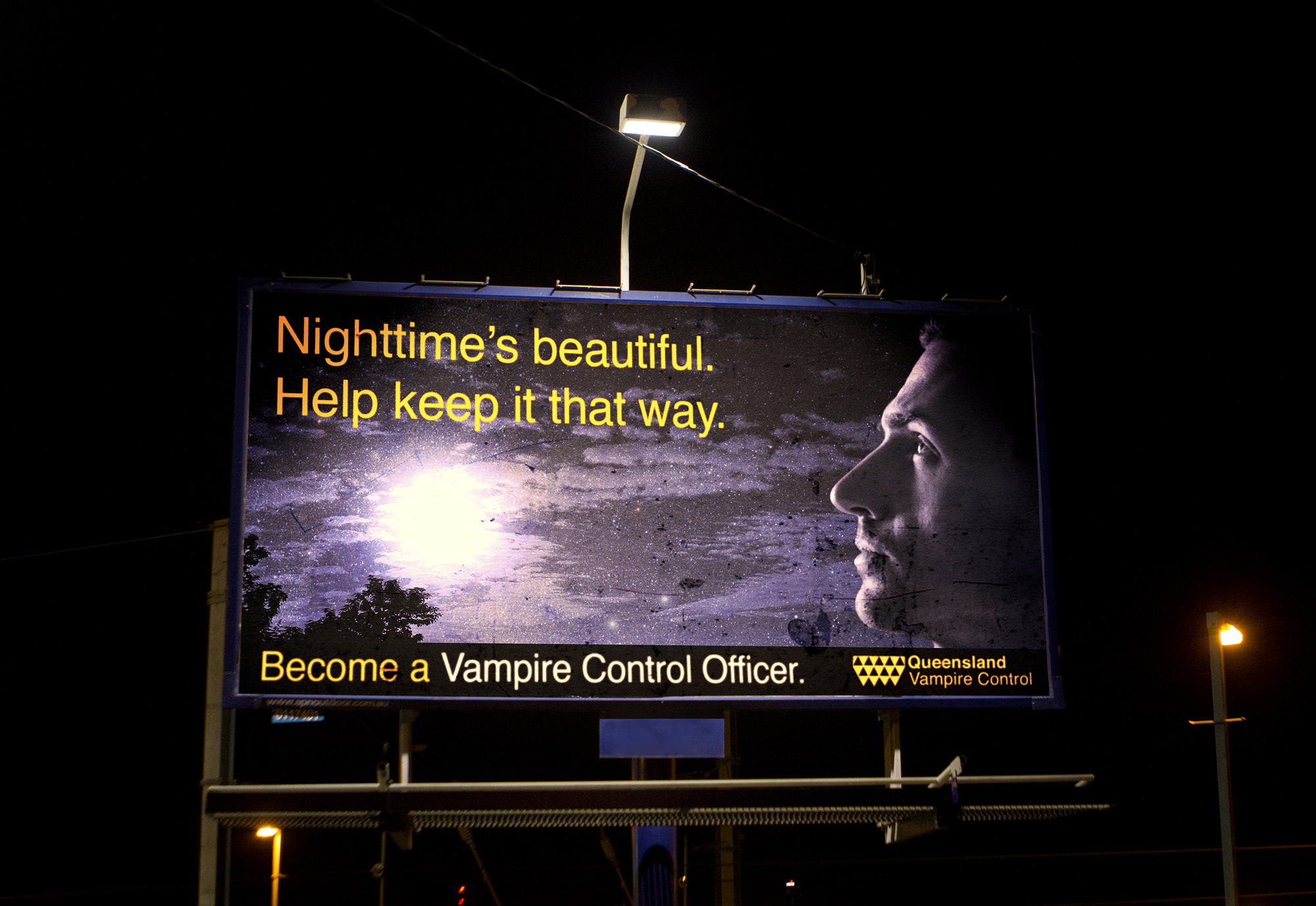 Waiting to get your hands on that ‘perfect’ piece of kit or assemble the ‘right’ team of collaborators is a trap which has kept many a filmmaker stuck in an eternal holding pattern, never to land their project on screen. After all, as an artist you can only grow in your craft by creating. This knowledge was something that Australian Director Lachlan Huddy took to heart and instead decided to use an impending festival deadline as a rallying cry to create his vampire hunter short Guy’s Trade. Lachlan shares how he embraced and used the limitations of his one-man production to his advantage.

Tropfest, the world’s largest short film festival, is a yearly showcase of 7-minute masterpieces held in Sydney, Australia. It’s a wonderful tradition, in the two weeks before submission deadline, for filmmakers Oz-wide to scramble something together because they left it till the last minute. Or maybe that’s just me… Anyway, my recent horror short, Guy’s Trade, about a state-employed vampire hunter, was conceived (and remains to be made) as a larger project, but when my actor friend Guy Williams suggested we pull a short out of it for Tropfest 2015, both our gears started winding. The insanely stripped-down run-and-gun production that followed was an exercise not in overcoming limitations but in letting them show us how to make our film better.

Check out our short and then read on to discover how we turned our limitations into assets:

In an Australia where vampires are real, and a real problem, state governments have set up specialised Vampire Control branches, into which have been recruited combat-trained field officers. Guy Williams is one. Through candid interview, archival stills and cinéma vérité, Guy takes us into his world.

I had to be a one-man production crew – but that gave us our style.

With so little lead time it would’ve been challenging to pull a crew together under the best of circumstances, but there was no money lying around for budget and I don’t like asking people to work for free so I resolved to be a one-man-bandit. (Full disclosure: I roped a young film student in to shoot some B-cam but otherwise it was just me.) What this necessitated was a style of film that would accommodate a stripped-back production. It didn’t take us long to hit upon the pseudo-documentary. Suddenly the whole project came alive. My vision for the story had always been ultra-realism: an immersion in detail, a constant asking of the question, “What would actually happen if vampires were real?” Michael Mann meets I Am Legend (the magnificent Richard Matheson novel, not the Will Smith adaptation). What better way to achieve this than pseudo-documentary?

Embracing this limitation gave our short its heart and soul: juxtaposing ragged, gritty, Cops-style images and fantastical, supernatural monsters gives both so much more power, more vitality, more oomph. On a purely practical level, the documentary style also meant there would be more room in the edit to excise technical mistakes and add in extra story should the need arise, which was nothing but a boon for this one-man-bandit.

The documentary style complicated backstory – until we took it further.

My original vision called for plenty of backstory – Guy is a man with a past, fighting for and against things I’d always planned to flash back to in dynamic, interesting moments. Can’t really do that in documentary. Our saving grace? Archival stills are a stalwart of documentary, and by using pre-existing or easily-acquired stills (I used my camera phone for the ones we needed to take from scratch – after all, wouldn’t the characters?), I could depict overt character history and suggest deeper stories at work – what’s with the pixilation of Guy’s friend’s face? Something’s going on there… All so simple, and all firmly within the scope of our style.

This also opened up one of the film’s greatest assets: Guy the actor served in the Australian Army and then as a private military contractor in Iraq, and we were able to use this as part of Guy the character’s backstory, and deploy his actual photos of those years as supporting vision. This gave the film an authenticity you just can’t match with any other style. Finally, the archival still method allowed me to employ the fabulous animation style popularised in the film The Kid Stays in the Picture to lend the stills, and the film, a much stronger visual dynamic.

I had to cast my wife as Abbey, and her hair was…problematic – but the solution bolstered character and backstory.

As I mentioned I don’t like asking people to work for free, and Abbey, though a central character, has little screen time, so I wasn’t comfortable asking an actor to give up an evening for the role. My solution was time-honoured and venerable: cast the wife (love you, darling). Just one problem. Here’s her haircut:

Though glorious, it would have been distracting to the audience – and she’d also just had it cut and coloured. How were we going to sell that? Guy fits hairdressing in amongst the stakings? Obviously we needed to cover her hair but under what circumstances would a head covering be credible? Bandages over an undead wound? Too vague. A surgical cap to protect her hair from…what? Wait a minute. A headscarf. Even better: a hijab! Now, not only had we solved the hair problem, but we’d added a new and fascinating dimension to Abbey’s character, not to mention suggested interesting shades of her history: as a Western woman, was she born into Islam or converted? Was there some significance to Guy, a Western soldier, and her relationship? It also provided insight into Guy’s character: how respectful he remained of her beliefs even as he kept her locked up, restrained. This hijab is one which viewers point out consistently as one of their favourite aspects of the short. All thanks to my wife’s porn-star haircut.

So what came of all this? Well, Guy’s Trade made the Tropfest shortlist, was a finalist at the Stage One Film Festival, will screen in competition at the upcoming SIPFest section of the Gold Coast Film Festival, and has to date accumulated a respectable 7,000+ views across the two YouTube channels upon which it’s running.

Not bad for a problem child.