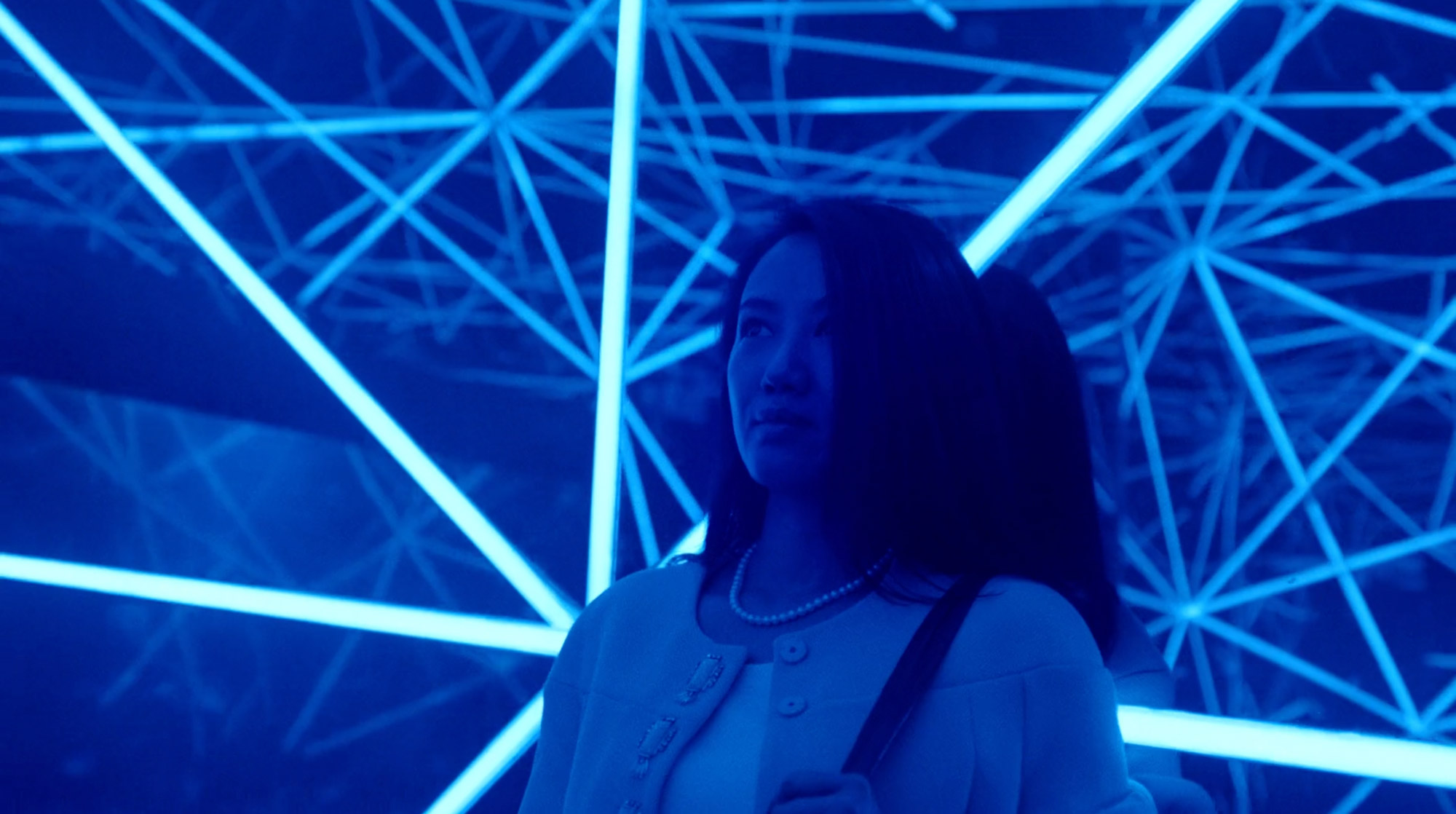 Shot on location in Shanghai and commissioned by global skin care brand SK-II, Floyd Russ’ docu-takeover short Marriage Market confronts head on the unwarranted burden of social and emotional pressure experienced by China’s so called “Sheng-Nu” or “leftover women”- that is women who are over 25 and yet to marry. We invited Floyd back to DN to discover how he brought daughters and parents together to document and discuss this highly emotive subject.

Both Marriage Market and Crazy Heart before it could be described as social change films, what is it that draws you to this kind of material?

I think there’s a reason content is overpopulated with “Based on a true story” titles – it inspires the viewer even more. Often massive liberties are taken with that but I think there are too many amazing people and stories out there to be told so it can actually be quite easy to stick to the truth. Although both of these films are very different though, one is a recreation and the other is a docu-takeover experiment, the end effect should be the same – inspiration and empowerment. I think no matter what project I do, there will always be an angle of that.

Given the huge stigma of being labelled a “leftover woman” how did you go about gathering participants for the film and then put them at ease with how YOU would portray their stories?

We wanted to include as many woman as possible of course but had to end up focusing on four main women. We invited as many “leftover women” in to discuss how they feel about the term and how they deal with pressure from their parents and other social groups. It was very easy to find the women, Sheng-Nu women are very strong women and want to be seen for who they truly are so they wanted to participate, but once it became a matter of including the parents we were quickly left with less than ten – a lot of the parents simply didn’t want to be a part of it. Of course, we couldn’t’ tell them what they would see at the end at the marriage market or it would not cause the same reaction as well so it was really all about making our women 100% comfortable to speak from their hearts. They believed in the campaign so much they were able to convince their parents to be a part of it. They are all very brave of course as there was no way to know how the parents would react.

Sheng-Nu women are very strong women and want to be seen for who they truly are.

For the interviews themselves what questions did you ask to get the singles and their parents to discuss the issue as candidly as they do?

We asked them a lot of questions, so I don’t really want to recount specific questions as each interview took about one hour as you have to make them feel comfortable and give them the freedom to finish their thoughts. A lot of it is about the structure. We interviewed the girls alone first, then the parents alone, then the girls with the parents and then we brought them both to the market. This is the emotional structure of the film itself and it creates the tension and connection you see within the film.

Jacob Moller’s cinematography does a great job of framing these women as powerful, beautiful individuals. How did the two of you decide your visual approach?

Jacob is great to work with. We did a quick tech-scout of each location and I did a shot list and then we often “freestyled” when we got to each place on the shoot day to find the best angle and energy for each girl. We shot these after we did two days of interviews so we already knew our women and we wanted to make sure the energy of the camera and the location reflected the specific woman. It was important to me to find a balance of locations that reflect tradition vs. destiny. A mixture of private old China and modern new China.

Did you or the women, encounter any negative reactions at the marriage market takeover? Were all parents open to their daughters’ pleas?

I have not heard about negative feedback, I am sure there is some as it’s a big campaign and some people will criticize. At the end of the project all parents were open to their daughter’s request, of course they still want them to get married and have kids, but they all shared a connection and level of communication they did not have before. It’s really all about communication and respect – getting on the same page.

It’s really all about communication and respect – getting on the same page.

The YouTube version of the film has racked up over 2 million views in a month, have you been able to gage the film’s impact in China and beyond?

Yes, last I heard it had over 20million views globally. So it has done really well in China, and all over Asia, as well as Facebook as a lot of western media ran great articles on it: BBC, HuffPost and even the NY Times.

What will we see from you next? How’s that feature coming along?

The feature is going great! Just finished the first draft – it’s very different than this type of work so I look forward to getting that off the ground. I also just shot a sci-fi music video for Lil Silva that will be coming out at the end of the month. Really excited about that.