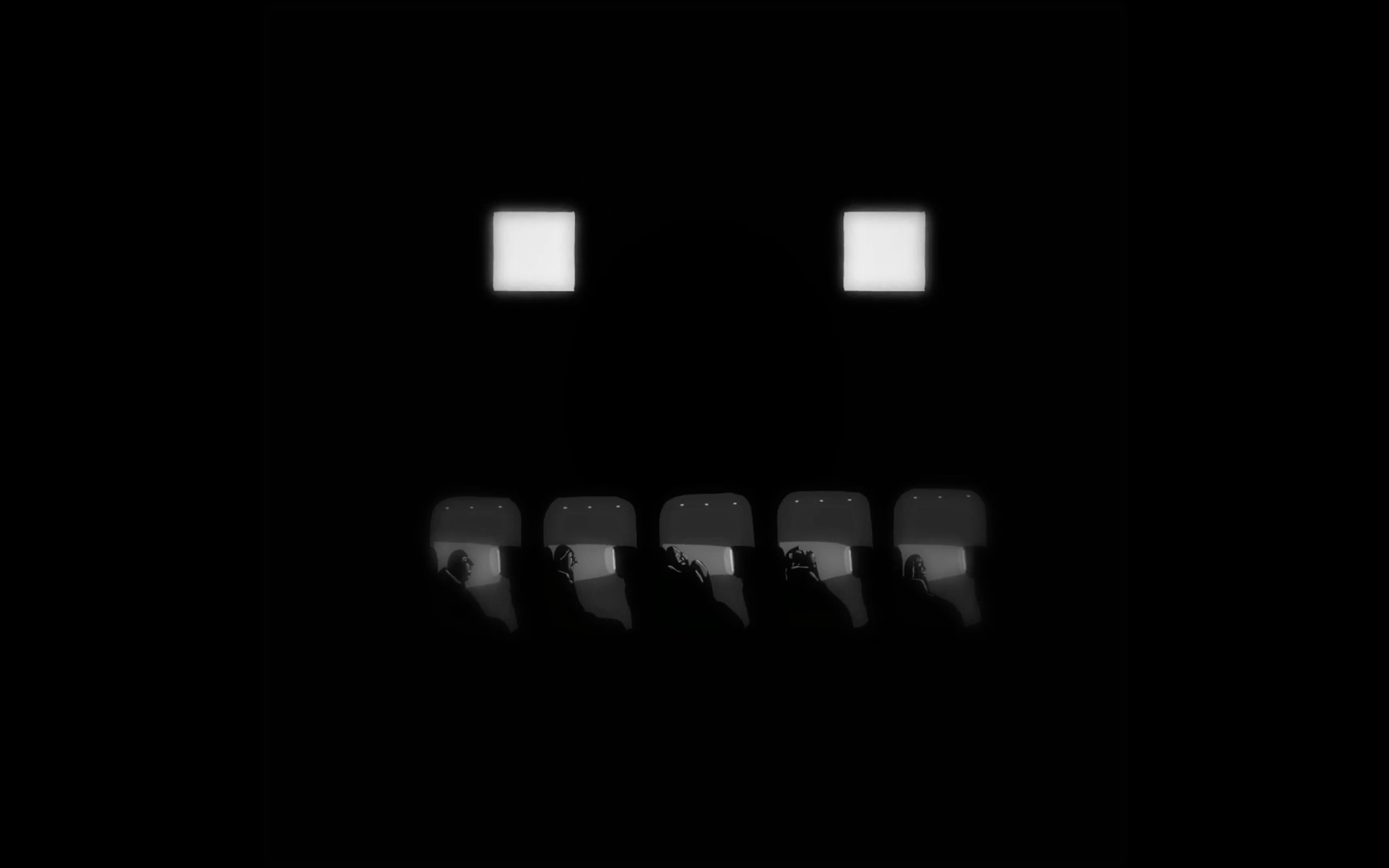 It can be hard to translate creative work from one form into another, particularly when it began life as a site specific augmented reality piece. However, wishing to immortalise the work created during his Kyoto residency with Julie Chheng, Thomas Pons created enigmatic animation Animals: A Black & White Journey, in which both meaning and the limits of the frame are elusive, rendering the film all the more compelling because of it. Thomas takes us on the production journey which led to his multi-format short.

How did you come to be creating augmented reality animations on a Japanese mountain?

I spent four months in a French art residency based on the Kujoyama mountain in Kyoto, Japan with my partner Julie Stephen Chheng where we worked on a project that mixed paper and animation using augmented reality. We finally made some pop-ups inspired by washi lamps and Japanese paper designs.

Did the augmented reality setting require any alterations to your normal animation techniques or tools?

I didn’t have to change my animation process, I just had to export my video footage in H.264 as always. Also, the app creation wasn’t my responsibility as Julie and I were working with programmers. However, during the prototype phase of the project we did use a free app called Aurasma which enables anyone to try out augmented reality very easily.

You’ve been working with Julie Chheng since 2012, how did you first become collaborators and what were your roles during the residency?

We met at school in 2007 and we’ve always kept an eye on each other’s work. We Don’t Play Football was really our first collaboration as a duo. After that, we were more focussed on our individual diciplines – Julie graduated from printed image and I’m from the animation section. In the last 2 or 3 years, we’ve collaborate more because of new technologies, Julie is working on books with augmented reality and narrative apps. As we really understand our universes, we decided to work more officially together. For this residency Julie managed the paper elements first and then I did the animations.

How did the animations make their way from an augmented reality setting to the content of Animals: A Black & White Journey?

During the residency I created different animation pieces for the ‘AR pop ups’, which also acted like 2d animation diary notes that became more and more extensive during the residency. When we were close to the residency ending I wanted to create a special editing of this experience which had been very special for us. We saw that most of the animations were linked to landscape ….but of course they were made with different colors and textures. I recombined some of them, switched them to b&w and tried to use them as notes on a sheet music. It’s a pretty nice exercise to create an animated film based on an animation pack. You don’t use any storyboards or any layouts, it’s another way of making an animation. The fact that our residency was based on a the Kujoyama mountain meant that we were in a place where both nature and city were strangely mixed. That’s why I also wanted to set these images to Oneohtrix Point Never’s track Animals. It was a nice way to have hypnotic sounds and also convey the strange association between the city and modernity, and nature and traditions.

It’s a pretty nice exercise to create an animated film based on an animation pack. You don’t use any storyboards or any layouts, it’s another way of making an animation.

Did you make any further modifications to the animation aside from the shift to black and white?

I did some compositing for the beginning of the film to create “the mask” sequence, but elements such as the traveling plans in the middle of the film are very close to the original animation.

I’ve noticed that you repeatedly present characters in abstract in your work through textured silhouettes, outlines or in this case objects representing facial features. What inspires this conceptual style of character depiction?

I think I’m quite obsessed about cities and the crowds living inside them, so most of the time I don’t focus on a precise character but on masses that can reveal a religious or social background. One of my dreams is to adapt Edgar Allan Poe’s The Man of the Crowd. I’m also really influenced by classic artists like Steinberg, Klee, and Richter – in their work the lines and color masses are meaningful enough to convey a subject.

What other projects do you have in the works?

The other part of my work in Japan was more focus on funny details of Japanese culture experienced by those making their first contact. I use a character with a strange eye to look at these aspects and have been turning them into a series of gifs at Animated Chronicles. For the moment I’m continuing to produce these kind of short loops regularly…but maybe soon I’ll also want to make a short film with them. 🙂