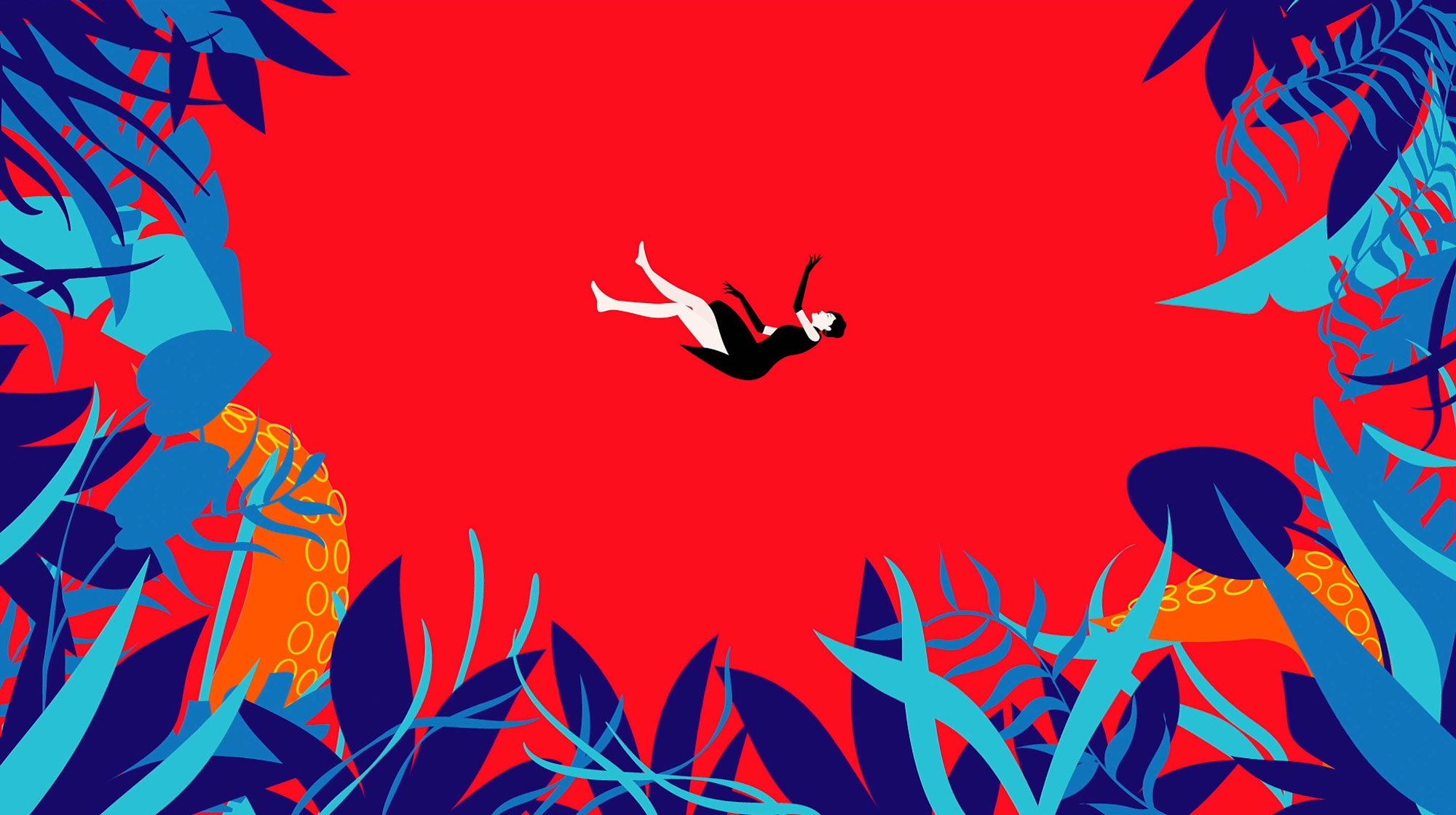 A graduate of Shanghai University and New York City’s School of Visual Arts, Motion Graphics and Interactive Designer Amber Xu’s latest piece Luscious conjures up that longing we feel when the monotony and tediousness of life weighs over us. We have all felt suffocated under the confines of modern life at some point, but every so often, uniformity forces our minds to drift to a faraway place; sensual, peaceful and content where we feel there is a quiet calm tenderness, nothing else existing but the world we have conceived. With a striking colour pallet and Chinese vintage character design, Amber Xu has given us a gift: a look inside the human psyche and the power of its creativity. It’s safe to say that Luscious leaves you with a strong feeling of wanting to discover more – which we took full advantage of in our interview with Amber.

Can you explain the thought process and development of Luscious’ initial concept?

The initial concept is about embracing our human instinct. In modern society human beings consider themselves to be civilised, their original nature, their needs and desires need to be sublimated as Freud’s theory states, these repressed desires and urges can then only be released during unconscious activities such as dreams and fantasies.

What attracted you to this concept?

Nowadays modern girls repress their desire to eat to keep thin, I’m actually a foodie, so I wanted to show the beautiful fantasy and the unlimited pleasure you could get if you face your human nature. 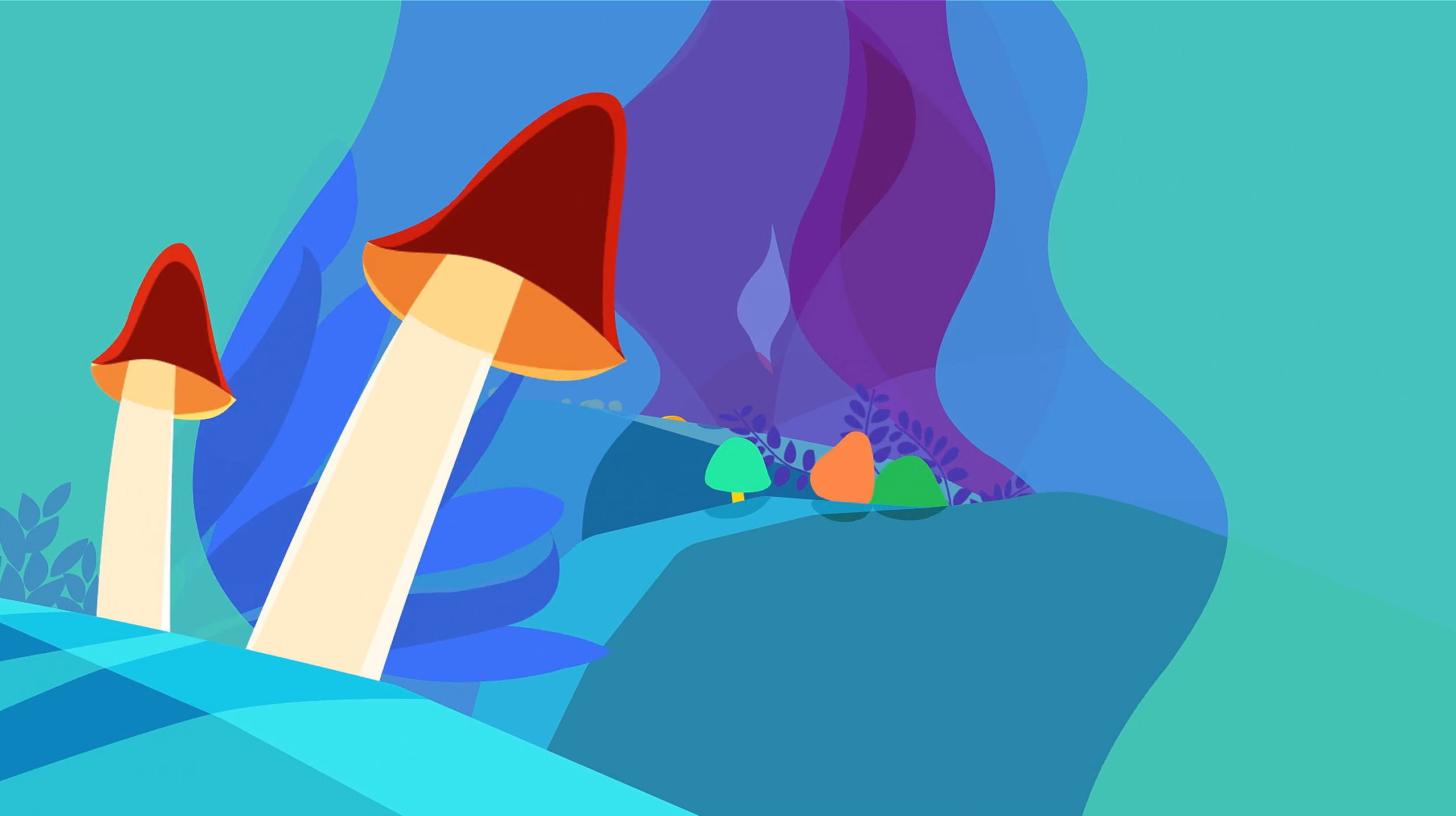 What were the tools used to create Luscious?

I wanted to let the audience experience the beautiful sensual journey with my character.

The colour pallet is impeccable and the character design exquisite. What kinds of things did you research and how did that process fit into your production schedule?

I spent 4 months on pre-production exactly, and 5 months on production and post production. On the pre-production side, I wrote an essay about Freud, fantasy and surrealism, focusing on how artists use fantasy and surrealism to explore the human “unconscious” and how this has changed throughout history. As Luscious centres more on the inner world through fantasy, alongside the theoretical study, I wrote a script for this film, sketched a storyboard, built mood boards and at the same time researched different generations of girls, searching for the perfect character design for my actress. I was considering using the flapper girl theme since they signify revolution and being true to yourself, which is the purpose of Luscious. I also researched the 1920’s flapper Jazz and movie era, but I still felt distance between the character and I. Consequentially, I researched 1930’s Shanghai girls, at that point in time Shanghai became known as ‘The Paris of the East’. Shanghai modern girls in that era combined Eastern and Western culture, tradition and modernity. After I researched old Shanghai movies and posters I felt my creation of a Chinese vintage style character was complete and that this was the perfect character to represent my story. So basically before I take on a project I will research the story and character’s background! 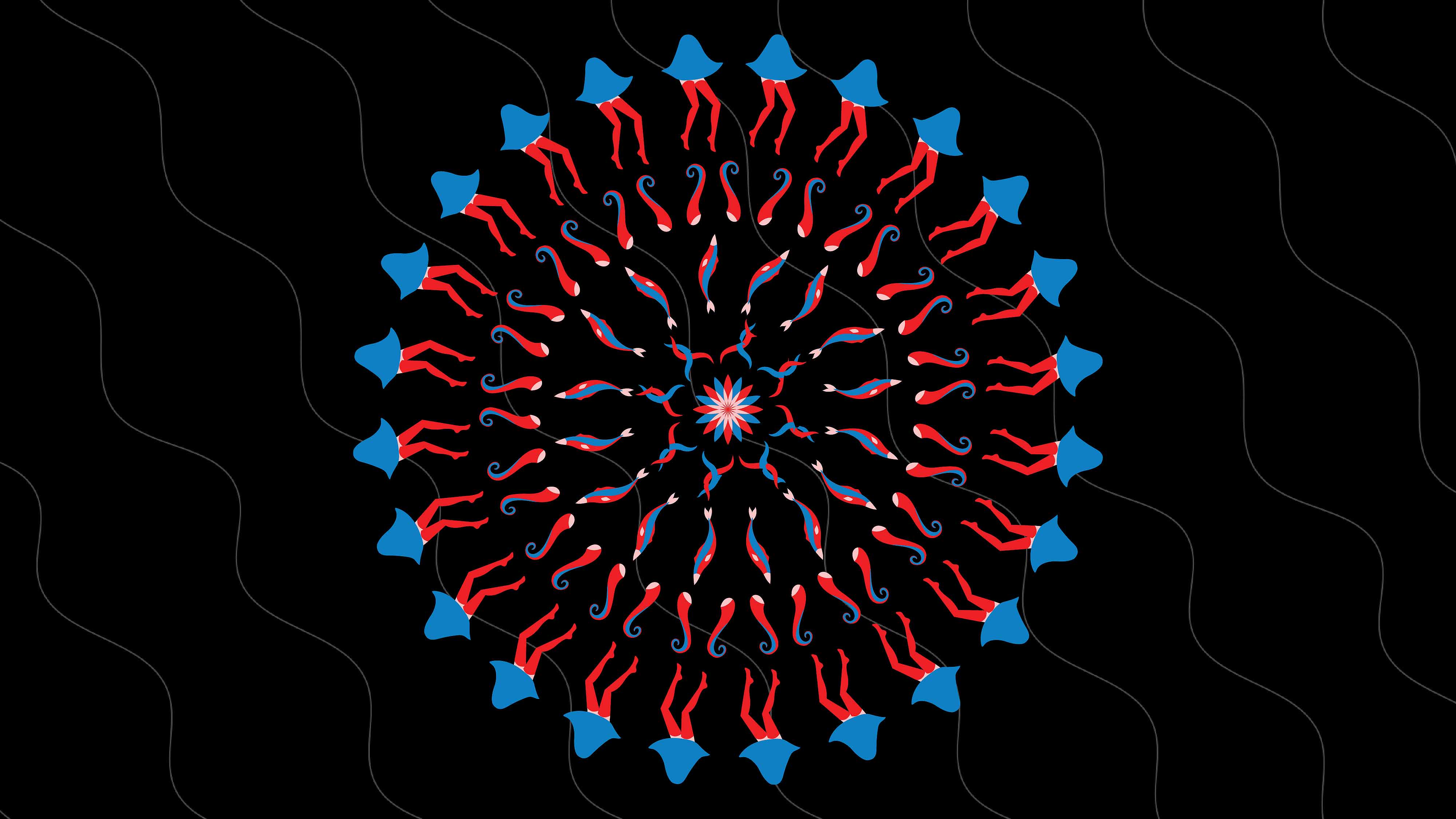 Wengu Hu’s score is a pivotal component of the film, how did the two of you approach the task of composition?

Wengu is a very talented composer. After I explained the storyline and the character’s background he referenced the instruments from 1970’s old Shanghai Jazz music, which included the piano and muted saxophone for the first part. For the second part (main fantasy part), excluding the windbells, he added some digital instruments, sample libraries and synthesisers, such as Komplete, in order to build a ethereal feeling alongside the surreal graphics. The different style instruments perfectly match the story which is vintage looking but an open-minded modernised inner world.

What led to the decision to go dialogue free?

Luscious has no dialogue because it’s too short to have dialogue, LOL! Actually because this project focuses more on the inner world and I wanted to let the audience experience the beautiful sensual journey with my character. I didn’t want to add dialogue as this would distract the audience from that experience.

What’s next in the pipeline?
I’m doing tests to combine my minimally graphics with 3D software, I’m planning to start my new experimental short soon.