When you watch as many films as team DN have over the past 10 years, it’s easy to fall into the trap of believing that we’ve seen every permutation of every story out there. However, while the set up of Jordan Bahat’s Black Car music video for Leon Else possesses many familiar tropes of the classic slasher genre, before you know it, Jordan peels off the well worn road into a new and disturbingly brilliant direction that we could never have seen coming in a million miles. And so, DN gladly hands the wheel over to Jordan who explains how he conceived and executed this strange seduction short.

This video came together as a normal invitation to pitch from the label. I was sent the song which I instantly really liked, and a brief that wasn’t quite what I found interesting. It wasn’t as playful an approach as the feeling I got from the song. So I took a few elements from the brief – specifically, the black muscle car, and wrote a different kind of story. There’s that quote in Spinal Tap, “How much more black could this be? The answer is none”. “The blackest car you’ve ever seen”. I wanted to take the idea of the car as a phallic symbol and, over the course of the video, make that concept less and less abstract. I suppose until the car has a sexual appetite. 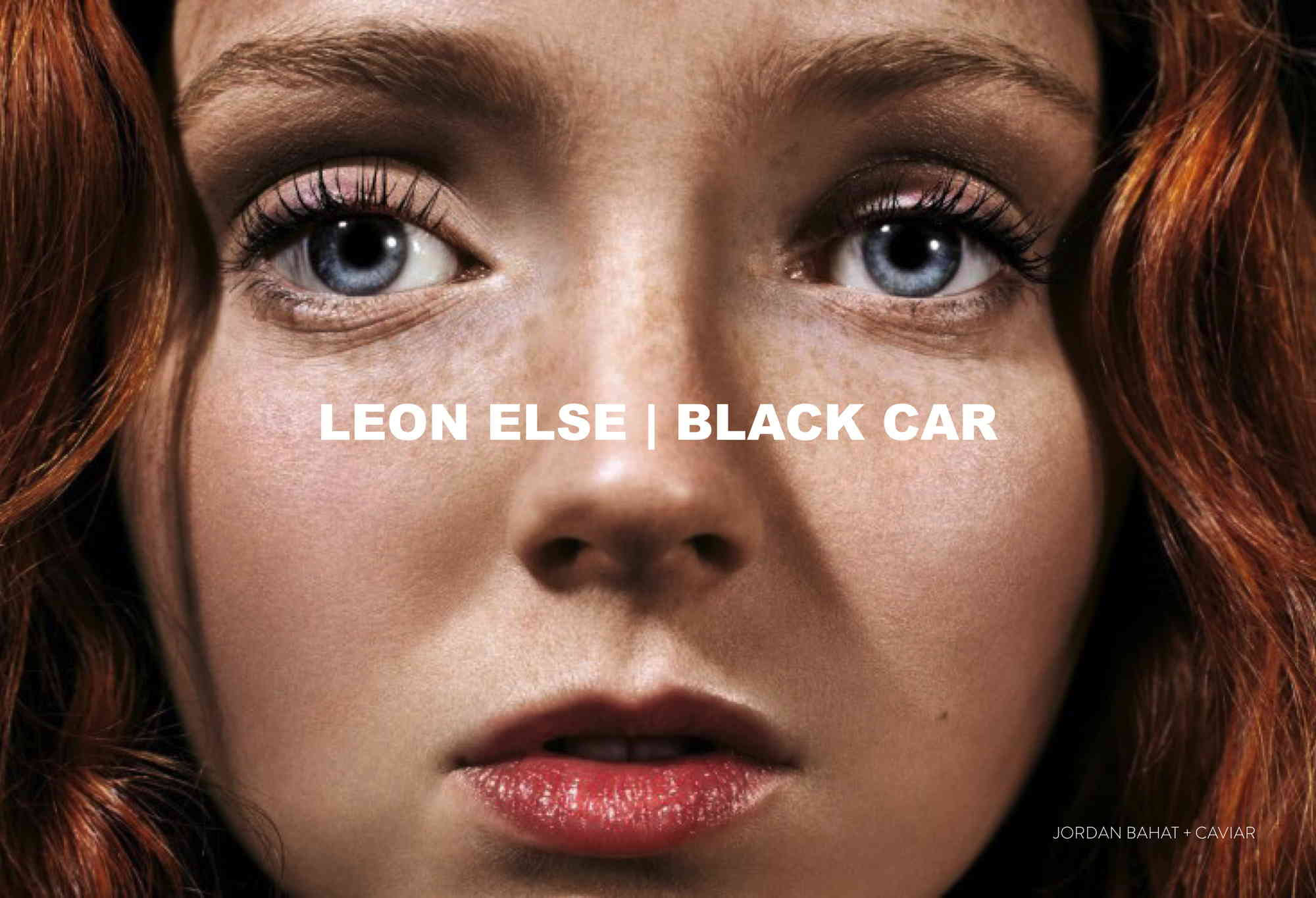 On a technical level, I was inspired by the way they achieved this stunt in Austin Powers. I’d also seen this clip from the making of The Raid which was a similar idea. That they were able to achieve the stunt practically by disguising the cameraman as a car seat… That’s just beautiful, creative filmmaking. So that’s how I came up with the creature.

I wanted the film to start out with the look and tension of a slasher or horror film made in the 70s or early 80s, but set in the early 60s with a real sense of cinematic americana, so the look and approach to this story was inspired by movies. Stupidly, I’d never seen Christine and hadn’t read the book (about a possessed car) until after making this – but we spoke a lot otherwise about the look of John Carpenter’s films. I had no idea he’d actually played with a similar concept. Mike Gioulakis (DP) and his team, and Sean Coleman (Colorist) did a brilliant job there.

I imagined Leon acting and very much embodying a character – a menacing, dashing, and mysterious driver with a serial killer’s social skills dressed like Karl Lagerfeld. I wanted Leon to literally resemble the ’68 GTO as much as possible. And then we have Suki Waterhouse’s character as a beautiful but tired, down on her luck, but gorgeous diner waitress. In horror terms, she’s a classic victim. And then from that very dark and intense setup, I wanted to start to turn the tables over the course of the video – take us into a more surreal universe, and play with expectations regarding the power dynamics between the characters. 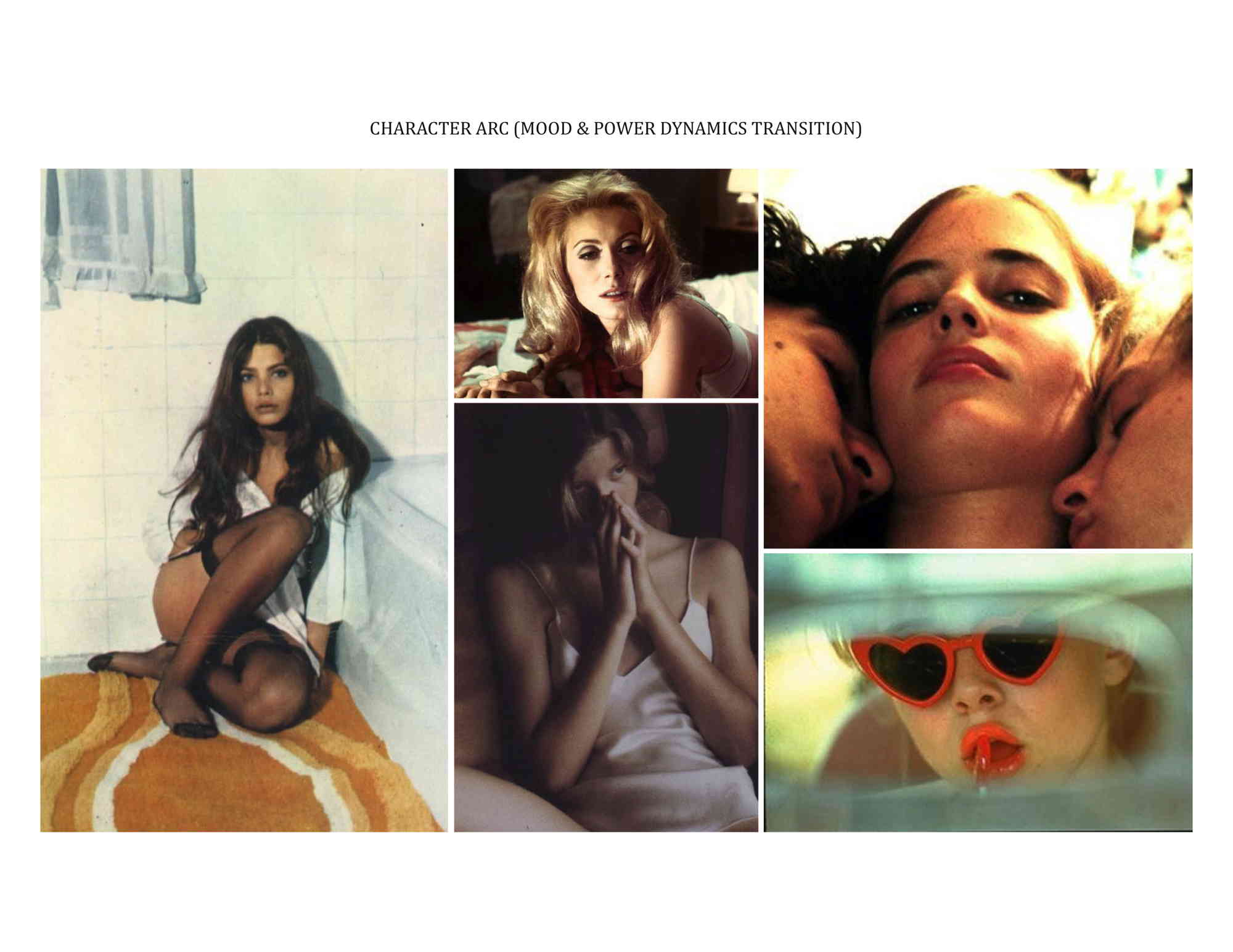 Leon’s character becomes less of an imminent threat. He won’t even acknowledge her. But as the creature is unveiled, we get the sense that he and the creature are almost symbiotic. It was a lot of fun collaborating with Suki to shape how her character takes control in the scene. She starts off as a classically vulnerable victim – the sort of two-dimensional damsel in distress we’ve seen a million times in films through time. But as the story unfolds, she becomes more and more sexually empowered in that car. While we were making this video, I’d explain that this is the story of a romantic encounter between a woman and a monster – but ultimately it’s consensual!

Mark Villalobos and his team at Monster FX did a beautiful job with the creature. We decided it absolutely had to be a fully practical creature using animatronics and puppetry – we wanted to be true to the films of the period we were referencing. We talked about Gremlins and The Thing and Gwen Murphy’s insane shoe sculptures. We wanted a monster with cute, round, teddy bear eyes… that suddenly became frightening as soon as the tongue came out… and a leather arm rest that becomes a fully articulating appendage with just three fingers. And in classic music video fashion, they had just three days to construct the whole thing.

We just thought, where do you go with this video after a woman has an orgasm with a monster car seat?

The animation was designed and executed by Ben Bjelajac who is an incredible artist I so admire. Leon actually pitched the idea of the video incorporating animation and that seemed to make a lot of sense. We just thought, where do you go with this video after a woman has an orgasm with a monster car seat? It seemed like animation was the only way to amplify the surreal from there on, so Ben created an aesthetic that felt connected to the period style of the video. The Galaxy Song animation in Monty Python’s The Meaning of Life was a big touchstone as well as the surreal dream sequence in The Big Lebowski.

Anyways, to back up a little bit – before sending the treatment in to the label I was concerned that my take might actually offend Leon. Not because of how perverted it is – but just because the video has a lot of fun. I had no idea really what the song meant to Leon. If the black car was actually a metaphor for a tumour or something… Who knows! But I just felt there was something in the music that felt tongue in cheek. Fortunately, Leon wasn’t offended that I’d thrown out the brief and actually was really excited by my take. We met at that point and talked things through. He’s one of the best collaborators I’ve ever worked with and he really, truly only cares about the quality of the work. He put a ton of trust in me and defended my vision throughout. It was very empowering to have his full faith… I certainly don’t think it will be our last collaboration.