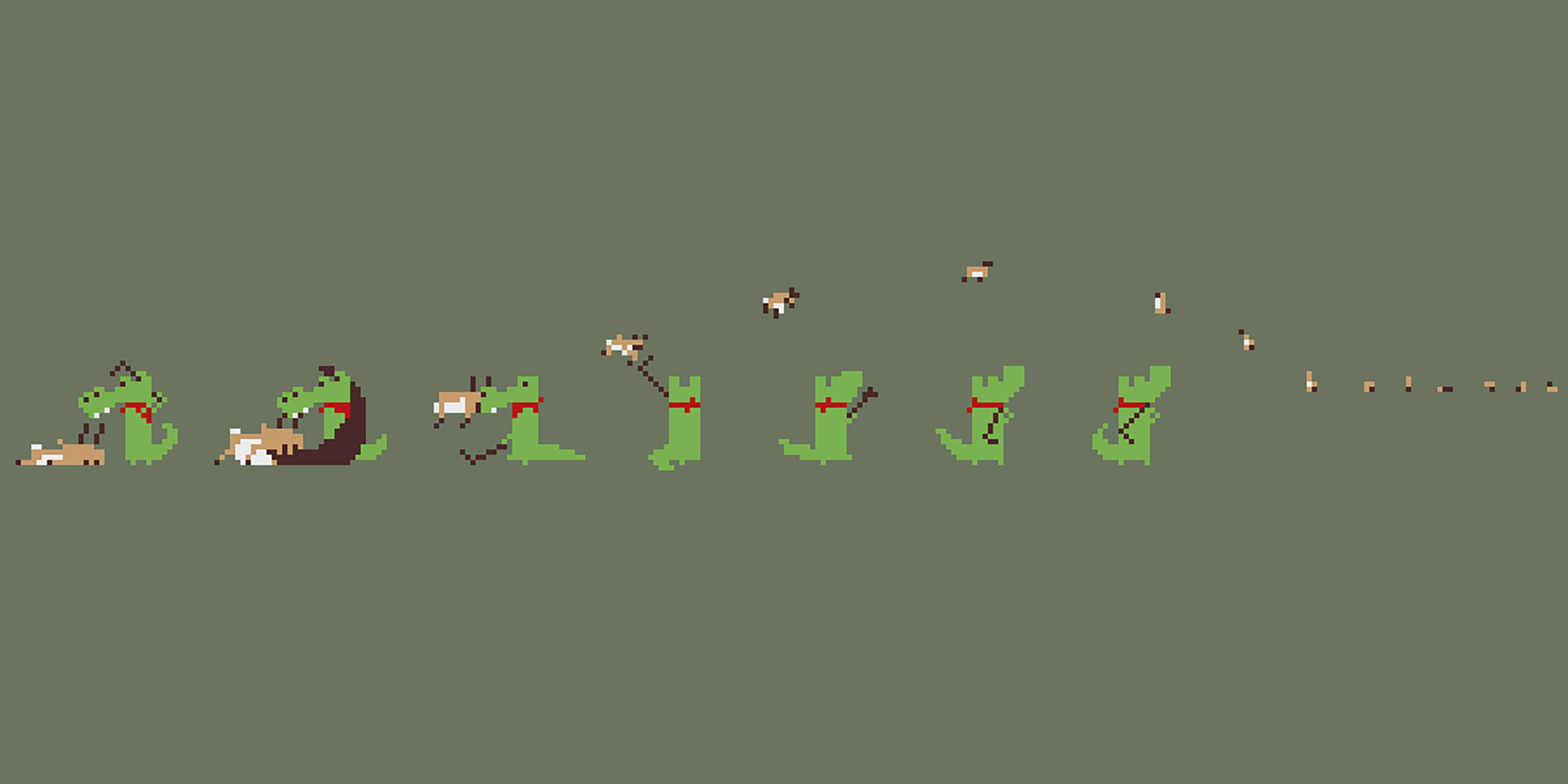 With their ASCII art titles, 8-bit soundtracks and 50×50 pixel canvases, Persistent Peril’s Pixel Films playfully toy with the conventions of animation and visual communication. After a 5 year hiatus the series returns in glorious Ultra HD 4K with the arctic adventures of a polar bear in ’-‘. In keeping with Pixel Film’s succinct format, DN had a quick chat with Persistent Peril to dissect the creation of these miniature masterpieces, which seeded the beginnings of our favourite seaside animation studio.

The Pixel Films are a great example of creativity through minimalism, how did the series come into being?

Garth and Ginny made the first Pixel Film after seeing a talk by genius David O’Reilly at the Pictoplasma conference in 2007. The duo where inspired by his Please Say Something mini series and decided to create a micro piece of work of their own. The first Pixel Film was not intended as the start of a series, just a fun ‘card’ the couple sent out to work friends at Christmas. The card also played at the Pictoplasma conference in New York the following year.

A delighted Garth and Ginny decided to make a second, then a third. By the time they made the forth one, they decided that they enjoyed working together and set up Persistent Peril, along with Producer Sam Bourner. After 5 years of pixel free film making, Persistent Peril decided it was time to reopen Photoshop and get animating. Pixel Film ’-‘ was the result.

What’s the production process behind these pixel pieces?

Each Pixel Film takes around a week to make. Unlike our commercial work, which is maliciously planned, we often dive straight in with Pixel Films, developing the idea as we go. The animation is all created in Photoshop, in a tiny 50×50 pixel square document. This is then upscaled to 4K using the ‘Nearest Neighbour’ setting to keep the sharp pixel lines, and edited in Premier.

The sound design for each film is created in Garage Band using a plug-in called Magical 8 bit. Garth and Ginny also have a similar player for their phones, and have played along live to Pixel Film (?} for the Brighton Digital Festival. The film is then sent out to a set of trusted folks, who’s work and opinion we admire (The Peril Brain Trust). These Animators and Illustrators are sent the film with no information or description, and asked what they think and if the message is clear. Once any problems are fixed the film is uploaded to the world!

What new Persistent Peril projects are in the works?

Currently we’re making some fun pixel stickers for Messenger on the App Store and planning our next pixel film!