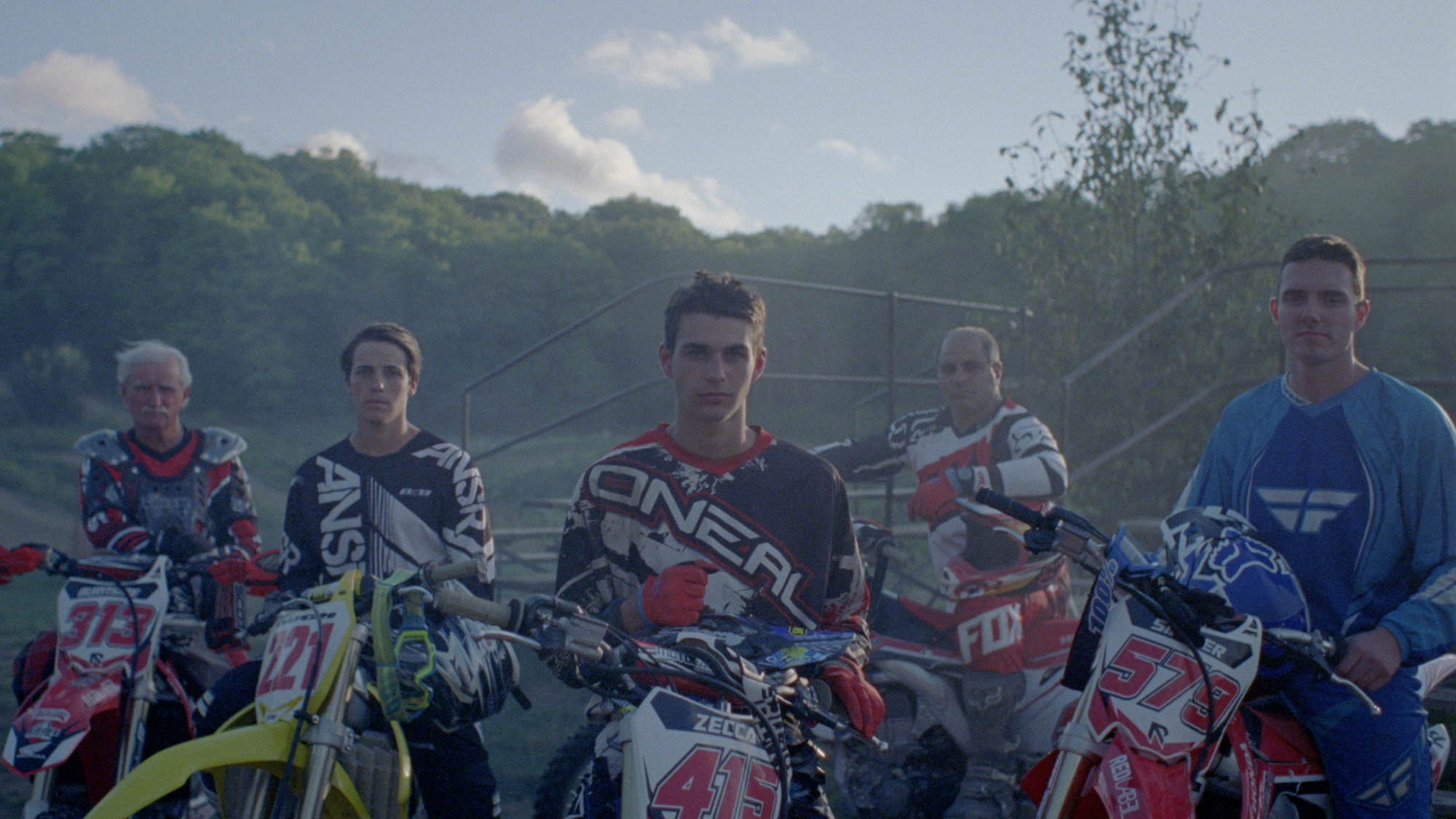 As promised (and much faster than we could have hoped) Andrew De Zen returns to Directors Notes with The Wall – the second part in his Of Walls & Mountains triumvirate of visual shorts. Whereas the modern age provided the catalyst for initial instalment We Aren’t Strangers, this time the opposing force is provided by those insidious feelings of doubt and fear we must vanquish in order to achieve our goals. We spoke to Andrew about his exploration of perseverance and the many walls we face in our lives.

The roots of your visual mood pieces is very much evident in your early films such as Voices and Anticity. What first drew you to this more lyrical form of filmmaking?

Looking back at yourself and figuring out what’s inspired your own trajectory as an artist is always an odd thing. Part of me has always loved a loose style of filmmaking and the other side of me, the one less explored, is one that is dying to delve into dramatic territory. I think a lot of it has to do with this younger, new wave form of digital filmmaking that I have grown up with. A very Malick inspired style of the art form that has grown from this cheaper, now household technology where anyone and everyone can be a filmmaker. It was incredibly exciting. Owning my first Canon 5D Mark II and just figuring out things from there. It’s the ability to experiment quickly with atmosphere, mood, and visuals. In a matter of a few minutes trying to create something that is evocative. Of course I don’t want to be creating these visual mood pieces for the rest of my career despite how satisfying they are – my tastes this past year alone have changed drastically. Once these films are done and the series is complete I plan on making a serious shift into wholly narrative work.

Each sport had to be balanced with what was practical in our situation and what we could execute most effectively.

As a whole, Of Walls & Mountains is a series created to address certain internal anxieties you’ve been grappling with. What were the issues which led you to explore perseverance and will power in sport for The Wall?

I quickly became introduced into the commercial side of the industry. Whether I was prepared or not I was thrust into a position where I questioned why I originally became a filmmaker in the first place. Waiting tirelessly for bids and jobs to come my way I quickly became frustrated. Everyone has their own passions, goals, and ambitions. Yet I think we all come to a point in our lives where this end goal is ultimately tested and we have to question everything. Do I continue on with this dream, or do I stop? There are too many people that fall by the way side due to whatever kind of circumstances – financial, family, relationships, laziness. These films and The Wall most importantly are my answer to my own question. A filmmaker who stops creating his own work leads himself into a very dangerous position and I was venturing into that territory. The original seed of this idea for The Wall came about while I was reading Akira Kurosawa’s biography and he mentioned an unfinished quote by Bodhidharma – “…who glared at the wall that stood in his way until his legs became useless, a path will open up.” I immediately knew that was where I wanted to take the next film; this notion of perseverance and the walls in our lives. Approaching it from the perspective of athletes and sports was my way of visualizing this in a physical and exciting way. 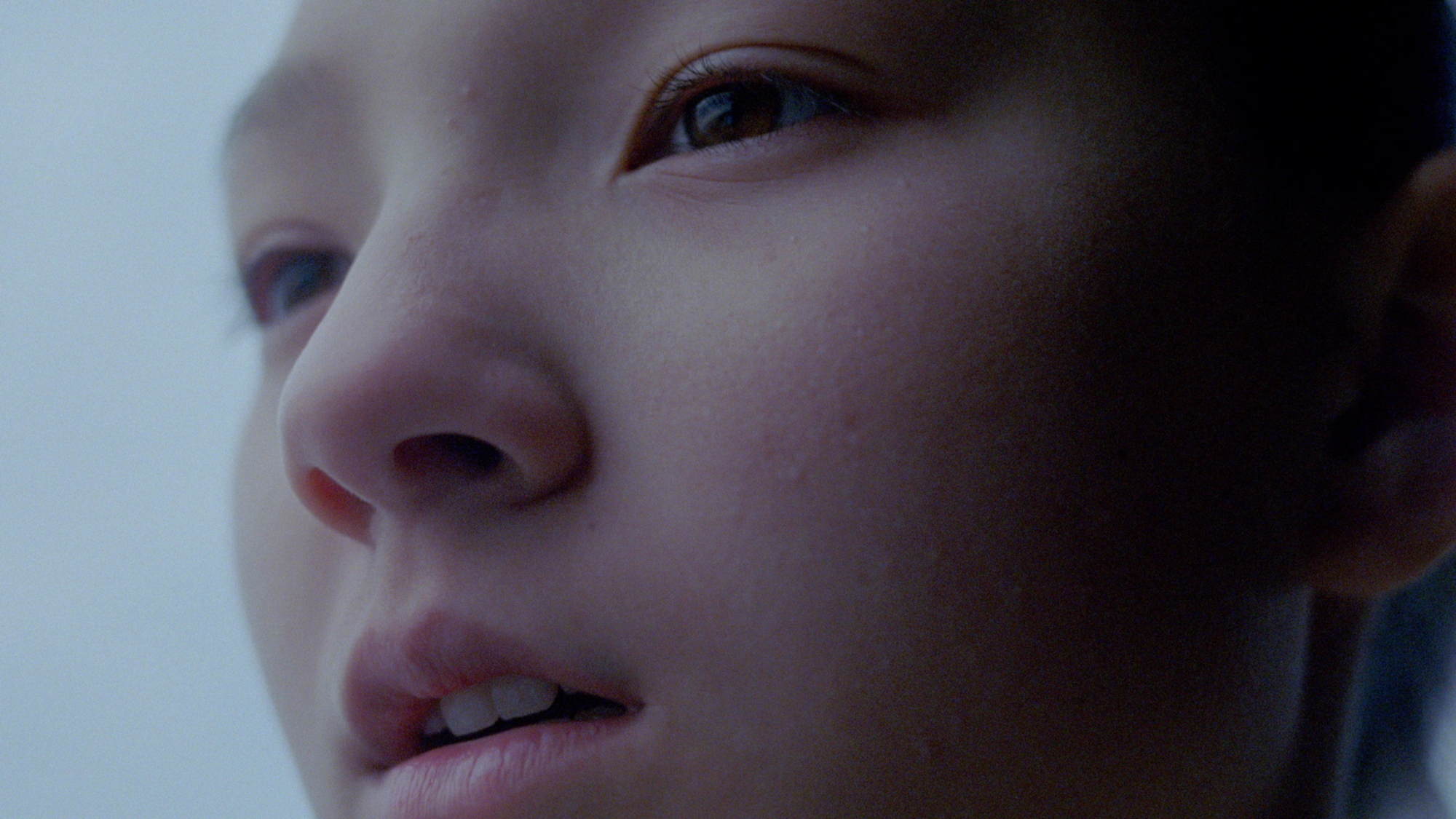 Running is the sport most closely associated with the notion of hitting a ’wall’ yet is absent from the film. What dictated the choice of disciplines you chose to depict and what narrative roles do the selected sports play withing the larger narrative?

I’ve been a runner all my life so it was unfortunate that it wasn’t an aspect in the final film. It was on the table among other things that didn’t make it by the time production started. Most of that came from practical reasons. I would’ve wanted to do some tracking camera moves if I tackled a running vignette and we just didn’t have the budget for a camera car. Each sport had to be balanced with what was practical in our situation and what we could execute most effectively. Especially because I was after some of the best locations I could find in and around Toronto that were stretching us thin. It really was a massive labour of love and I wanted to test myself by just doing something logistically crazy for a personal project. All the narrative vignettes have some sort of psychological aspect because the film, among the others in the series, are about built up internal anxieties. My goal was to differentiate them a bit. The boxer has a physical challenge and opponent in his way. The diver – Abi, the sweetest, most amazing and articulate 12 year old girl who just showed up absolutely prepared – represents taking a leap of faith. The baseball player facing off against himself explores the idea that we stand in our own way. Our soccer player vignette deals with the fear of performing in the face of an audience, and the pressures of others. Then you have the motocross side of things where I was just after something more kinetic.

So this was your first time shooting 35mm on a project, did that lead to a more disciplined approach on set? Did the format influence your typical production practices?

Oh without a doubt. I’m the type of person who prepares everything I can before I show up on set. Writing down everything and taking notes to remind myself of certain things. When you’re scheduling the days yourself, co-producing, hoping no one gets towed, that everyone shows up on time, that an owner or manager of a location hasn’t messed up, that food will show up on time for lunch, and then having to finally worry about if you’re getting what you actually need on the days stretched me pretty thin. Working with film has changed my perspective on the whole process. Firstly, I do need to make a massive shout out to my cinematographer on this project, Christopher Lew. An extremely talented guy and a close collaborator on this film. Normally the closest relationship I have out of my whole crew is to the DP. And I had to put my entire trust into Chris for this and he totally killed it. The guy is a massive advocate for the format and pushes shooting film whenever he can.

I ended up getting about 4800 feet of 35mm negative. We were shooting 35mm 4 perf so that adds up to about 53 minutes of shooting time. With every scene and every day I calculated how many rolls I would need for all the scenes. On my shooting schedules I calculated when exactly I should be finishing a mag so I could actually get through all five days and not run out of film. On the first day I calculated I needed to finish my first mag by my seventh set up and I ran out on my third. So I really had to become more efficient and stick to a three take rule, but I still broke it if we had the leeway. My biggest take away on the whole experience of shooting film, and the reason I plan on considering it for every project moving forward is the rehearsal process. Going through blocking and tech rehearsals numerous times and making sure everyone, most importantly the ACs are good to go and we all know the beats/steps of each shot. Also the pure magic of film is an incredible thing. On the day you know things are framed properly and you have a decent idea of what you’ve captured, but when you see the dailies it really is something special.

You normally cut your own (and others’) films but this time you worked with editor Michael Barker. How was the experience of asking someone else to shape such a personal piece?

Michael was such a joy to work with. And I really have to thank Relish editing for being so accommodating. Leading up to editing, I was definitely preparing him for what I was expecting to be a long grind as I had very specific ways the edit needed to go. Then by the time I showed up to the suite and he showed me his rough cut it was a total surprise. He really took it his own way and brought a fresh perspective to the footage that elevated the whole project. Because I do normally cut my own projects, having someone else shape the edit was a huge breath of fresh air. We quickly found a good groove while working together. I was actually editing We Aren’t Strangers while we were tackling the edit for The Wall, and writing Stories We Tell Ourselves. The detachment allowed everything to fall into place and really allowed me to be less precious about the decisions we were making.

Each one has felt like – okay I’ve gotten that off of my chest, time to move on.

Knowing that each subsequent film builds on what came before, how would you say each proceeding instalment has influenced the parts which follow?

When I was making We Aren’t Strangers I didn’t have the intention of forming a series. I simply told myself I wanted to create my own content and as much of it as I could to express myself. It was really during the conceptual phase of The Wall that I realized I was making subconscious efforts to link all of my anxieties and frustrations into these projects. Things seemed to make sense to then approach it with that frame of mind. All three are loosely linked by this thread/notion of visualizing certain anxieties within ourselves that are kind of inarticulate. In my opinion I think these parts more so move on from each other rather than build off of each other. At least that’s how I’ve treated them. Each one has felt like – okay I’ve gotten that off of my chest, time to move on. Each theme and film has been its own individual mountain I’ve had to climb. So thinking of the series as a whole, my intention and hope is that it effectively explores insecurities people can relate to, with each film touching on a separate avenue.

Not wanting to seem impatient, (although it’s totally your fault for following up We Aren’t Strangers so quickly), but when will we get to see series closer Stories We Tell Ourselves?

Well I’ve actually just finished casting our roles for Stories. Unfortunately it’ll be a bit longer of a wait this time around as we’re submitting to multiple government funding platforms and each one takes about three-four months before we hear back. With a planned production date in early April my hope is to have the film and the series finished in June. I’m really excited about Stories We Tell Ourselves and we’ve built a pretty incredible key crew with a lot of my collaborators on this project coming back for Stories.