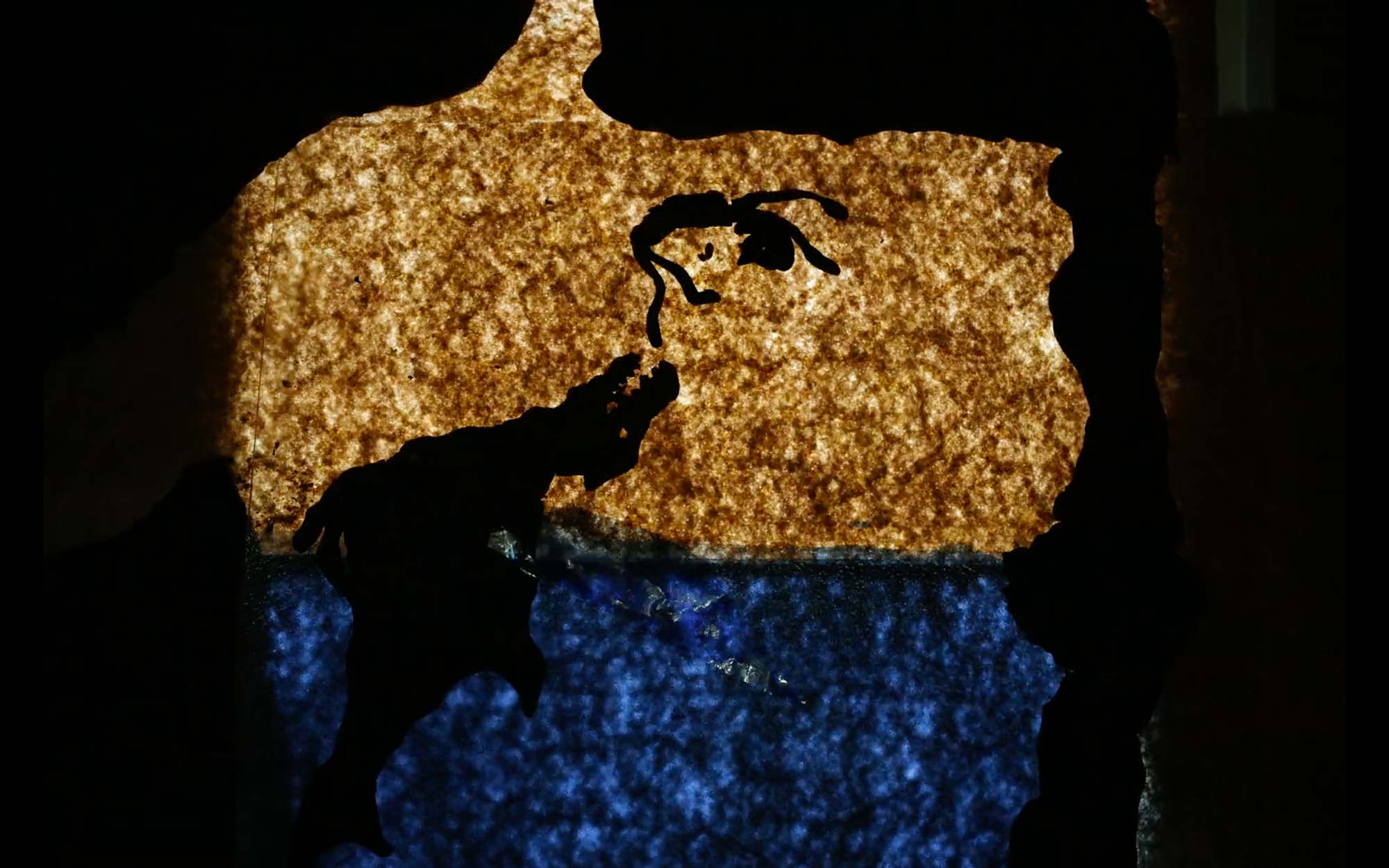 Stop motion animation Director Lawrence Becker has been making films since the age of 14. Throughout his career, he has won multiple awards, including Tribeca’s #6SecFilms competition, and has progressively worked with some of the biggest brand names on the planet such as Twitter, ESPN, Heineken, Samsung and a monstrous amount more. His latest film More plays on the frustration and longing most human beings struggle with; whether this is it for life or whether there’s something more out there, just waiting to be discovered. I had the honour of delving into Laurence’s mind to find out the aspirations behind More and his methods for choosing which materials to get creative with!

What inspired you to make More?

Well, it came from two things. One being a family tragedy in March. And the other being a new feature on the app Vine that I wanted to experiment with. Vine had recently added a ‘watch more’ feature where you could break out the square format and show longer form videos in whatever format you please. The viewer clicks a button that says ‘watch more’ and then can watch a longer piece. My friend Tom (who is the other voice in the short) had done an interesting animation using this and completely inspired the idea. ‘Watch More’ became: watch ‘More’ in my mind and I thought about what more could mean in terms of the format.

Yes. Especially last year. I know I’m not the only one, but in 2016 I lost my stepfather of 20 plus years to suicide and I certainly coped with it by making this animation.

How did you decide on the style of the piece? The film reminds me of the computer game Limbo, were any of the aesthetics inspired by the game?

Funny enough, I discovered that game AFTER I had finished More and I was like “What is THIS?!?!” It’s such a gorgeous game, and I’m honoured when people say that now. The aesthetic for me was more just coming up with a solution as to how I pull off the effect of the character breaking out of his square format. I wanted the bottom to be all black so when the viewer sees the crack they realise what’s about to happen. On Vimeo you might be able to see it coming, but on Vine it was a total surprise for the viewer. The reactions on there were priceless. I did some trial and error and the style came from necessity and experimentation.

The style came from necessity and experimentation.

The video was made with clay, paper, and felt. What made you decide to use these materials and methods over other forms of animation?

I’m a stop-motion guy. I like to play with different materials and rarely do the same thing twice in a row. All of those materials I’ve used before, but not together. Again, also came from experimenting and necessity. Black clay worked great for this because I could keep the silly characteristics it brings without seeing all the dirty smudges that come from full-colour clay characters. It was much freer and faster. Well, somewhat haha. And I had the textures which when backlit looked great as the dirt in the hole.

What made you decide to produce the film vertically?

Vine. As mentioned before. Vine is known for dumb comedians and such, but it’s also home to some of the most creative artists/animators I know. People don’t realise that. Throughout high school and college, I had always planned on being an animator, but life took me in a different direction. Vine gave me an opportunity to get back to what I should be doing by giving me all the tools I needed to animate right on my phone. I don’t use my phone anymore, but I wanted to leave one last mark on there. The new feature and idea that Tom sparked was exciting to me. Knowing the viewer would not see it coming.

Well, I make stop motion ads for a living and have more of those lined up, but this year my goal is to make some music videos and probably another short. I can’t believe I haven’t done it already. I grew up on Spike Jonze and Michel Gondry so I’m long overdue to venture into that world. Much more freeing compared to ad work.