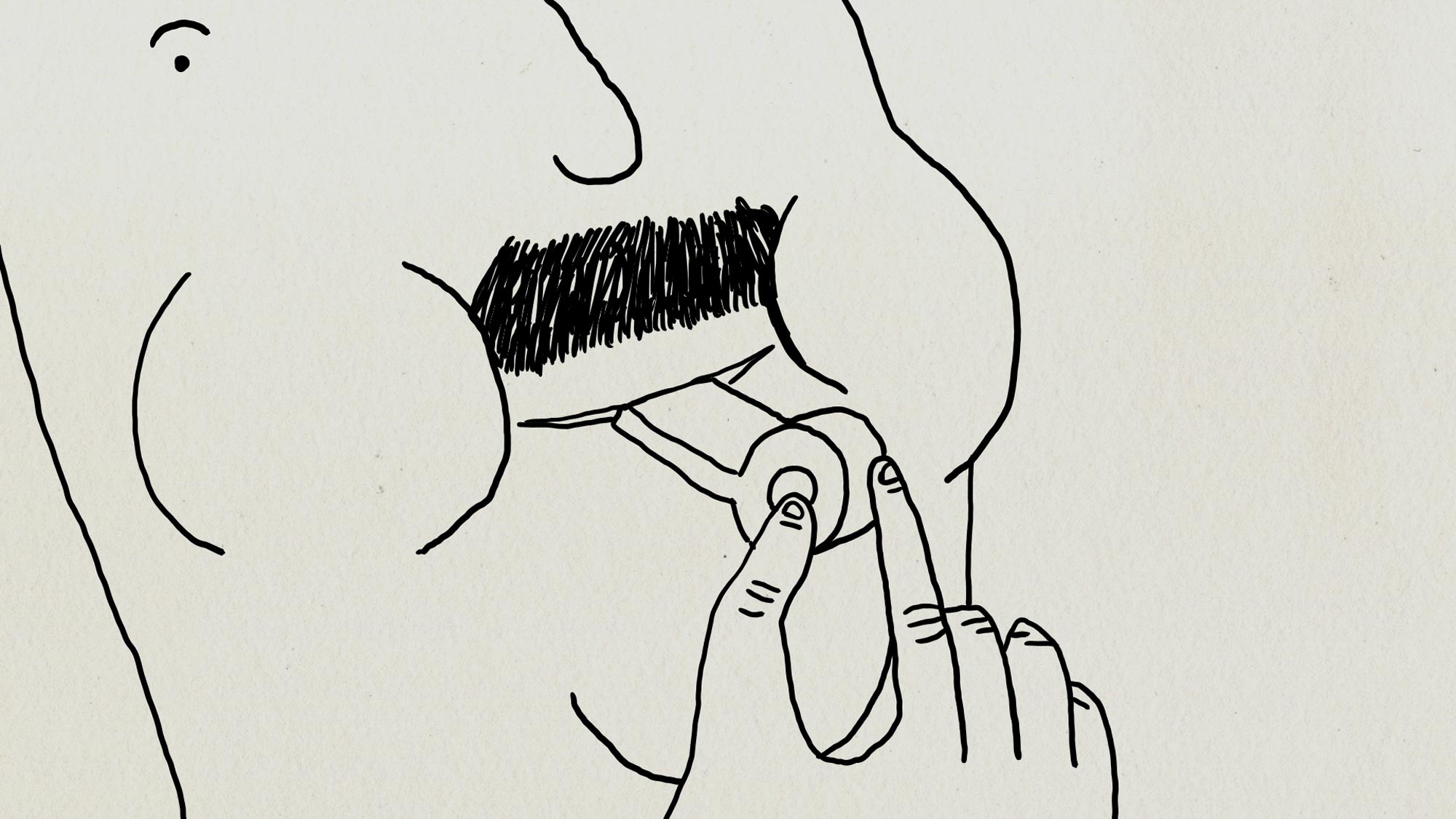 If thoughts about the weekly tortures of gym class still have you breaking out in a sweat, then you may want to mentally prepare yourself before diving into Alan Jennings‘ CalArts animation, Going Through the Motions – although I’m confident none of you are as physically inept as these poor, sweating souls. Although not a phrase typically associated with animation, Alan tells DN how when his usual planning preparation failed, he discovered that freeform improvisation was the best way forward.

Going Through the Motions is my first year film as part of the Experimental Animation MFA program at California Institute of the Arts. The entirety of the film – from concept, to animating, compositing, editing and sound spanned a period of about 7 months, from September 2014 to early March of the following year. I started out by brainstorming the possibilities of the film in my sketchbook. During some early experiments of the film I was initially planning on tracing all of the images onto paper, then painting them with acrylic and inking them. I decided to keep the film more graphic by using just the black lines and composited paper texture. Many of the initial ideas were more autobiographical. Throughout all of my years of school I was terrible in gym class. As I worked on the idea, it became less specifically about me and more about the agony of trying and failing at sports. 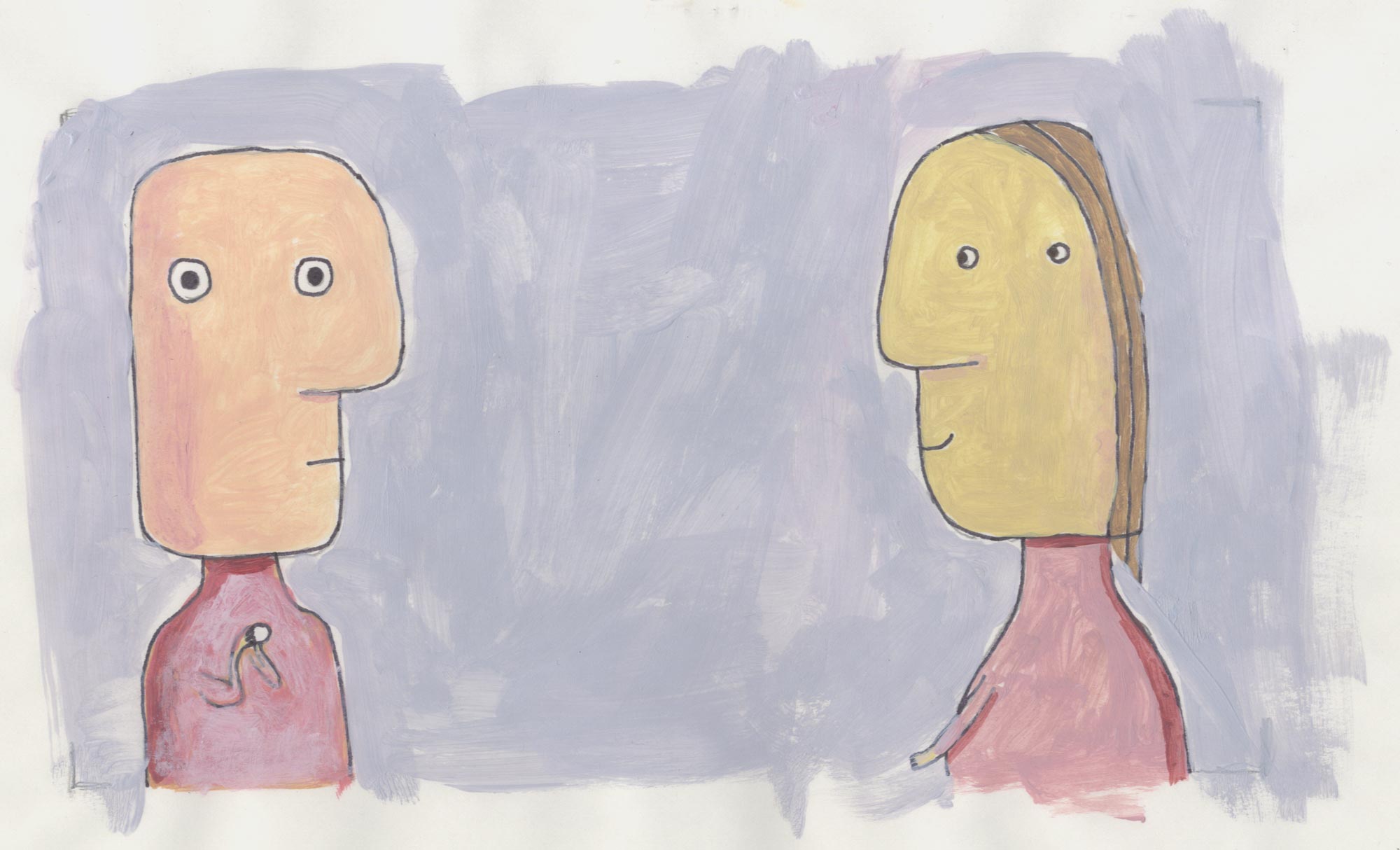 Once I had gathered a lot of material, I whittled it down, making rough short sequences on notecards. I shot the notecards to make an animatic. Some of the ideas I came up with worked, but the animatic overall was not very successful. It was more like a dry run of the film. I decided to scrap the animatic and started animating scenes as they came to me. I came up with the layout of a shot, then I’d just start animating. The whole process was a freeform improvisation. After I made most of the shots, I edited them together, adding new shots as necessary to clarify the idea. I didn’t have the establishing shots of the school and the wide shot of everyone stretching until the end of the process. It was freeing to step back and add context to make the film easier to read as I worked, rather than working from a concrete planned out storyboard.

Sound was a really important part of the process for me. I recorded some exceptional grunts and groans from a few of my classmates. It was a lot of fun directing them to make variations on struggling sounds and whimpers. I combed the sound library at my school for the sound effects. It was interesting to see the difference between what was actually happening on screen and discovering what sounds actually paired best with a particular action. I found the most unexpected sounds seemed to work perfectly. In most of the running sequences in the film, the sound is a knife chopping carrots on a cutting board.

It was a lot of fun directing them to make variations on struggling sounds and whimpers.

I used TVPaint and a Cintiq for the first time to make this movie. Both the software and the equipment allowed me to translate my drawings directly and to shape the movement and timing to a degree I never really had such control of before. Near the end of the process, I also used After Effects to combine animation in ways I hadn’t initially planned on. All of the runners near the end of the film had been animated separately, then combined in After Effects in post.

The film had a good festival run. It played at KROK, The Stuttgart International Animation Festival and The Holland Animation Festival among many others. It picked up Best Workshop film at Primanima and Special Mention at Sommets du Cinema du Animation in Montreal. I was fortunate to get into the opening edition of GLAS last spring and to travel to Slovakia for Fest Anca. I find it’s always a rewarding experience having the opportunity to meet the filmmakers and be exposed to a broad range of work.

Currently, I’m in my last semester at Calarts working on my thesis. It’s about the relationships between villagers in a small New England town. There is a mystical half deer, half man character that quietly affects the lives of the locals.

You can see more of Alan’s work by visiting his website, swinging by his Vimeo or by checking out his Tumblr.