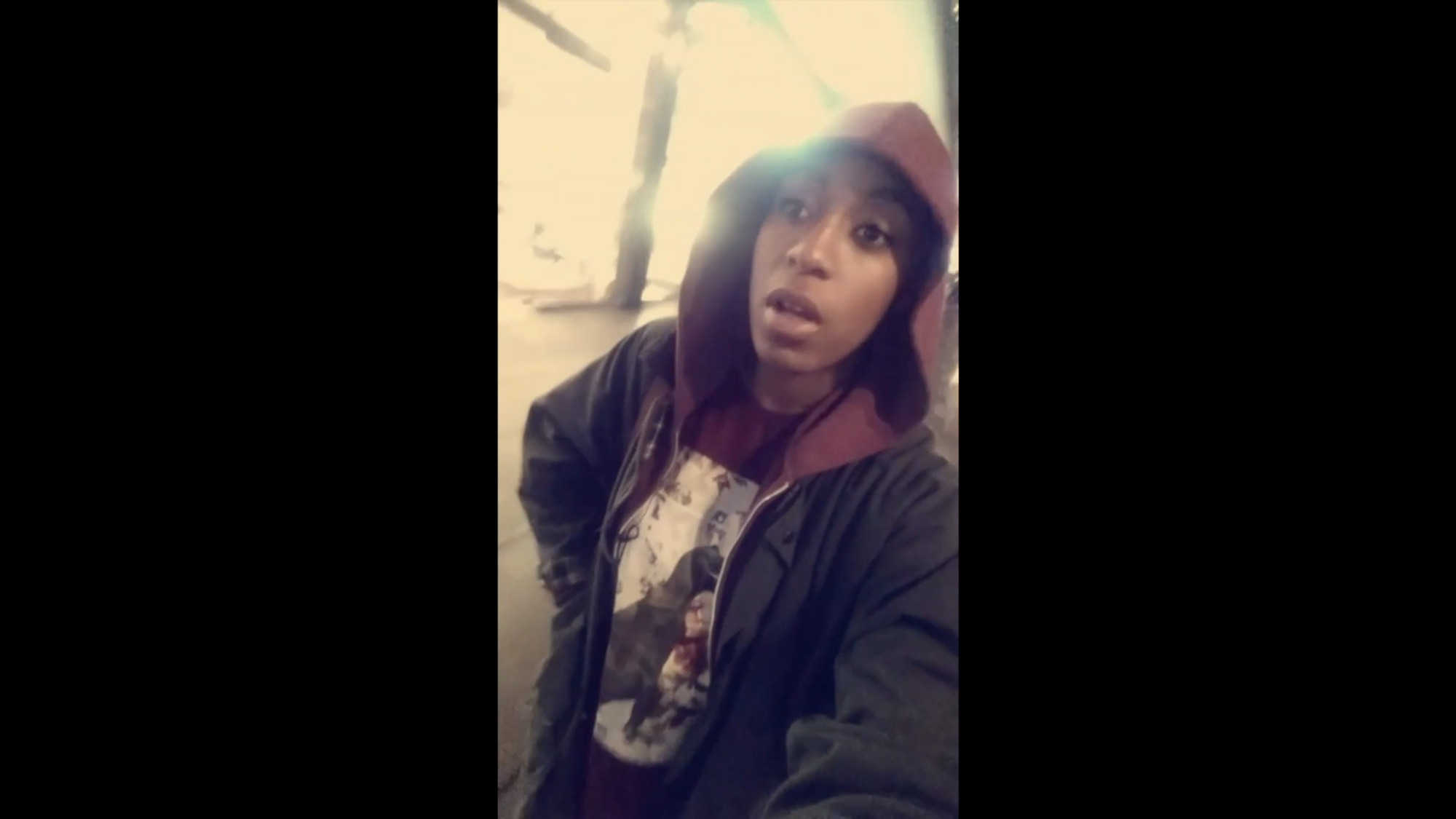 It seems our membership as digital citizens requires us to willingly give away more and more of ourselves in an ever-escalating arms race to amass a mountain of likes. We tailor our avatars to make them as widely appealing as possible, eschewing foibles and imperfections, whilst collectively attacking the slightest infractions of those who don’t meet the shifting consensus of an acceptable ‘norm’. That’s a lot to address within a single short, but Trim Lamba’s Cracked Screen: A Snapchat Story, shoulders the discourse admirably through the deft use of a familiar social media aesthetic. Trim joins DN to discuss his desire to create compelling, naturalistic stories which simultaneously reappropriate and comment on our use of social media tools.

How did the concept of using Snapchat as the narrative medium for Cracked Screen develop?

This film is inspired by rampant and calculated use of social media. We perform ourselves online. Digital theatrics – emojis, filters, geotags – help advance and aestheticise the social avatar. And through the ‘story function’, we are encouraged to curate a combination of videos and photographs that viewers digest in one seamless loop – like a movie. These behaviorisms already exist. I just took it up a notch.

As the concept was rooted in a user generated aesthetic, what was your approach to defining the film’s cinematography?

There was no set approach. We worked intimately, intuitively and often randomly. Through this, we attained our naturalism and believability, which is imperative for the success of a film like ours. I actually relished filming on a combination of smartphones. Snapchat itself was quite a challenge – you’re capped to ten seconds and there is no opportunity for pause, it required me to think very strategically about pacing. There was also a conflict of priorities. Should this feel choppy and casual, like an authentic Snapchat story, or should we focus on being sequential and stylised, like a classical drama? It was a fine balance and took a very long time.

These behaviorisms already exist. I just took it up a notch.

Chantelle Levene gives an extremely authentic and raw performance. Where did you find her and what preparations came beforehand to build her character’s emotional journey?

This was an obsessive and wildly collaborative project. I was lucky to have a powerhouse in Chantelle Levene. In her first-ever performance, she singularly carries the film with magic and aplomb. The first cut, in fact, was fifteen minutes and I think she was just as captivating. We met through a good friend so we’re able to build up trust and rapport quickly. We spent an extended period building up the character: all those joyous nuggets, the erratic dancing, her observational comedy. We then introduced dramatic moments to ensure the story was structurally compelling and shaded pre-attack. I worked strictly with one-takes and insisted on filmed chronologically. By the end, we were both emotionally drained and quite relieved to burst through that tight vertical, just as the film does.

How do you feel the film translates when viewed on larger screens away from its native mobile environment?

The film is re-designed when watched in a cinema setting. You are dislocating it from its natural conditions and there’s something strange about that. Especially given the reverence one attaches to the sacred cinema screen. When you slap this stuff on there, magnifying these intimate and silly moments, it makes for an experience that feels dirty and hugely invasive. This was something I felt throughout the tedious edit, in having to sift through an hour’s worth of footage. The audience ramps it up tenfold because it now becomes herd-like. I enjoyed listening to the audience in our first screening. They started in hysterics, collective and pronounced chortles, before gasping and visibly flinching. It then plummeted into absolute silence. You all laughed together and now you’re goading her together too, it bolsters the complicity. If possible, I’d really encourage viewers to catch it on a big screen.

I have three short films I’d like to make, one of which is especially risky. I’d like to sustain the energy and urgency of this project. I intend to work more intensively within the vertical format and principally using smartphones. I am working with peers of mine to form a collective (‘Newclear’) that uses this inclusive and democratic style of filmmaking as the primary mode to tell contemporary and challenging stories. It is resourceful and it is effective. Everything is slick today. I am quite happy to be sloppy.