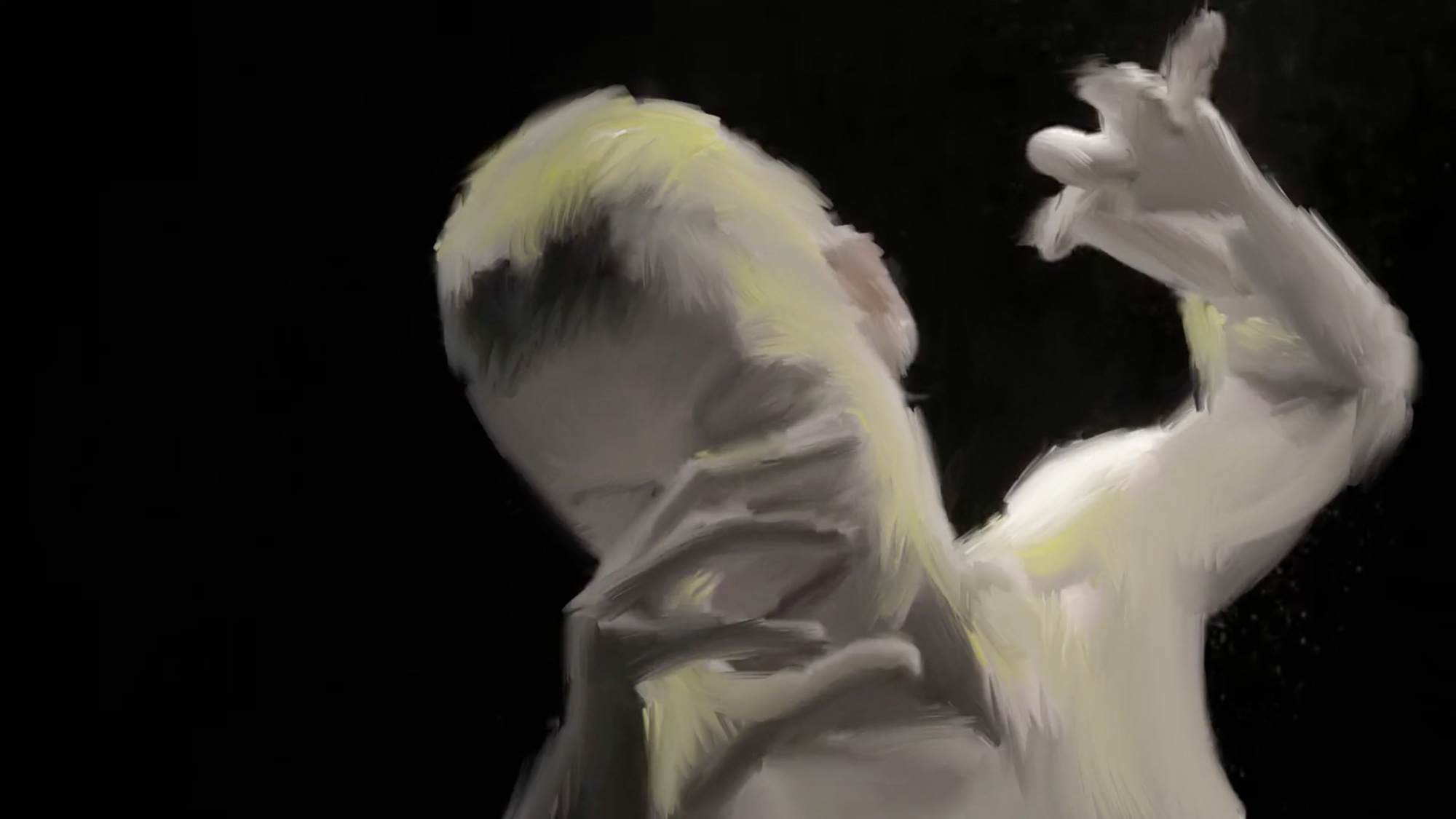 An astounding visual feast of colours and movement, Martino Prendini’s An Exit employs animation and dance as powerful commentary on the constrictive roles of women within society and a portrayal of the inherent force of female physicality and emotionality. In our interview, Martino discusses how a newfound passion for modern dance led to the creation of this animated cornucopia of techniques, comprised of over 6000 individual hand-drawn images.

WARNING: The following video contains scenes with flashing lights so it could potentially trigger seizures for people with photosensitive epilepsy.

What spurred you to create such a visually complex animated dance film?

First of all, the inspiration came in a pretty casual way. I simply stumbled upon a sponsored video, the spot for Mr Gaga documentary by Tomer Heymann about Ohad Naharin and his work with Batsheva Dance Ensemble. I have to say it, although now it may seem crazy, I’ve never been a dance enthusiast. But that video was so overwhelming. There was something, that spread out of the movements, like an emotional language of strength and fluidity. Something so human. I really wanted to try that tension. But, since I was too old to join the Batsheva Ensemble – and above all I’m not able to dance! – I tried to translate this great impact in another way.

That’s why I started to animate some dance movements. And gradually something took shape, but I didn’t want anything just aesthetic for that tension. That tension belonged to a more complex discourse, and I decided to try to portray the constrictive role of the woman in our society. The way in which she’s confined to roles and constantly forced to prove her strength. At the same time, with this video, I wanted to represent the inner force of her body and emotionality. Not the sensuality or the beauty, but the real force, the emotional tension that becomes physical.

I have to say it, although now it may seem crazy, I’ve never been a dance enthusiast.

The whole process took a total of six months. I sifted through hundreds upon hundreds of contemporary dance works, searching for the right movements, for the right direction. Starting from the Batsheva Dance Company’s works, I tried to mount a choreography that could recreate that original impact, but also functional for a video clip rhythm. Yep, in some way I think to have become a sort of contemporary dance expert after all! 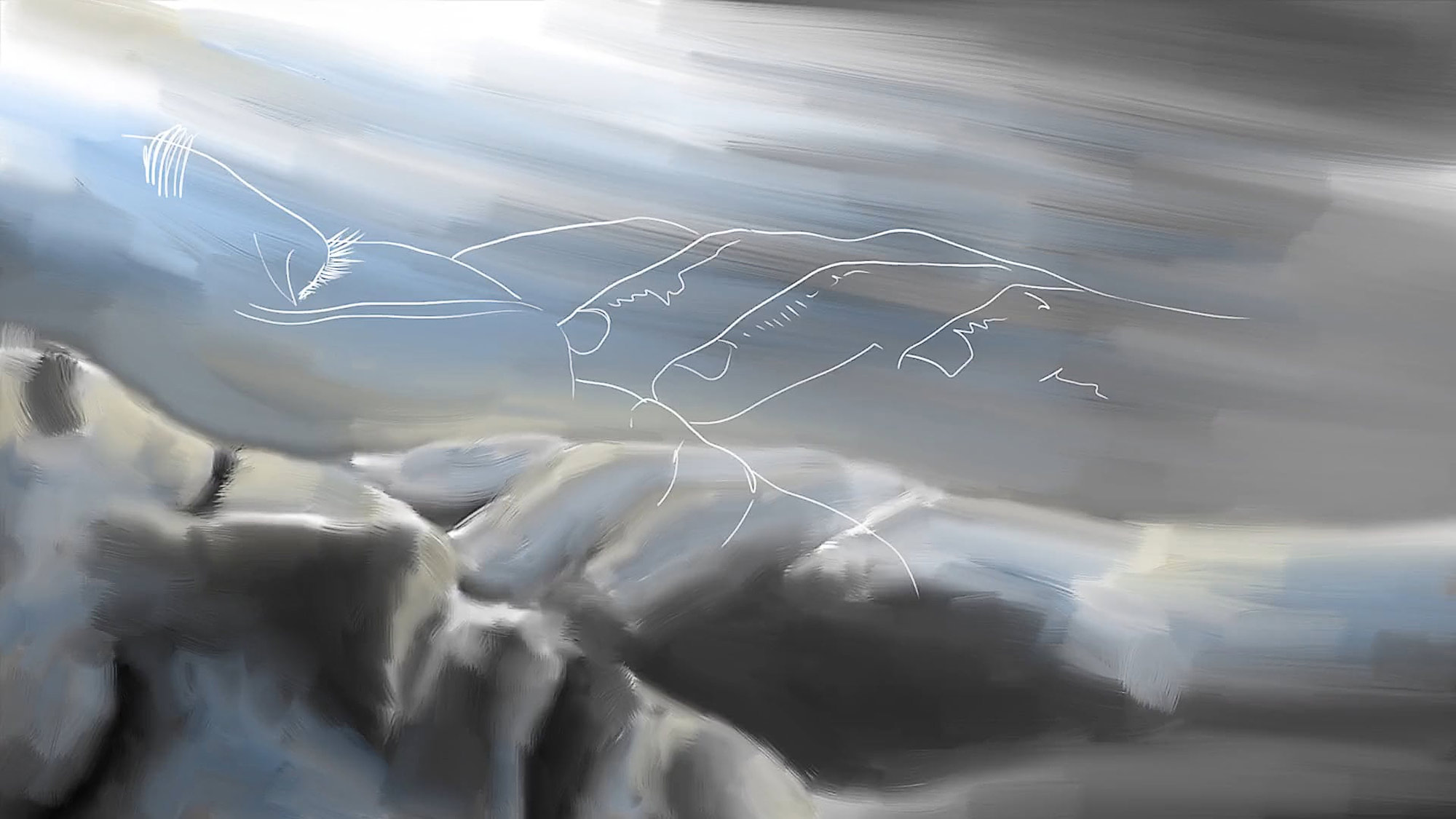 What were you looking for during your search through those contemporary dance pieces?

Initially, the search was only through suggestions. Something that could involve and have an impact on me. It was the first attempt of a newborn in a language that he doesn’t know. But gradually I began to better realize the needs. Without the knowledge, I needed of a narrative and structural logic to build a meaningful choreography. I looked for it starting from the musical language, that I know best. The path of the sequences of An Exit lies in the construction of the rhythm, that gradually transforms itself in a tension, to which follows inevitably a dispersion and a release. It’s a very harmonic progression, also reflected in the narrative macrostructure. In those contemporary dance pieces I looked for these steps, and how they are developed in the dance language. And for the right mood which would stimulate this intention.

As a self-confessed non-dance enthusiast how did you devise the overall choreography for An Exit? Were there individual movements you found appealing but couldn’t then fit within the choreography of the piece as a whole?

I just spoke about the logic behind my choreography. That summons the emotionality and the intent of the dance language. But I also needed to work on the individual movements and on their links. Something more specific and technical, especially hard for someone ignorant on the subject… To achieve this, I tried to maintain a continuity in the development of the movements series and in the positions. Or, at least, on the one hand. On the other hand, I looked for contrapositions. So, you have a movement of your dancer, which finishes in a position, and now? You need to search for a new movement that makes sense with the previous, to complete it or to be in opposition to it. This is the reason for the constant research of contemporary dance pieces: you need to increase your vocabulary, to choose the right movements. And not everything fits your needs. It’s a continuous work of selection, of waivers, of great movements lost forever. So human, after all.

Once you’d sourced the dance clips how did you then go about creating the animation?

This is my first time creating a project made frame by frame, so initially, I looked for a more traditional style. But it didn’t seem the right way. First, often a frame-by-frame animation is made by using 8 to 12fps. Too slow for some fluid movements that I was looking for. So I started drawing 25 frames per second on average (some short parts are 30fps or 12fps). Then, I found myself to be a not-so-technical draftsman… So I decided to turn my imperfections to a stylistical level. I started to accentuate the lines irregularity, at this frequency it makes an interesting effect. From here, it became a real creative process. I started to experiment.

The dancer/woman is dancing/proving herself to the puppeteer/society. I wanted to convey the effort of this state, but also the exhaustion.

It was the most suitable way for me. I had a modular structure, so I could do several trials on each scene. I mixed a lot of things: digital drawings with concrete drawings, digital paintings in rotoscope technique with real painted textures, but also procedural codes, glitch art, dithering, wrong compression, wavelet form and little tricks like reaction/diffusion patterns.

I started from a drawing (Wacom’s Intuos Pro in Photoshop with Lazy Nezumi Pro and Animdessin) and created a glitched layer for the fill. In this case, the fill was made taking a simple light texture and opening it with an audio editor like a data raw format – it’s called sonification. I applied some audio effects, exported, masked it. Then I repeat the sonification to the whole result. Here I used a fade-in and a reverb effect. The logic for the whole mounting fits more of a live-visual concept. Several effected layers mixed, a modular structure, it’s not a casuality that the intention is to evolve it into a proper visual performance.

An Exit moves through a variety of styles and visual expressions, what triggers initiated these stylistic shifts?

There’s a disconnection, between the two levels. When the dancer exposes herself to the light with the opening of the curtain, to the eye of the puppeteer, I needed that this disconnection became a little evident. For this I used glitches. Her dance is something showy, apparently destined to the external eye. But it’s also an inner movement, the declaration of who is behind this dance. From here come the stylistic contrapositions: the dancer/woman is dancing/proving herself to the puppeteer/society. I wanted to convey the effort of this state, but also the exhaustion. Are we sure that the puppeteer really understands her dancing? Here’s the disorder, the detachment, the glitch. Here’s the exhaustion and the falling down. Where will this continuous repeat end up?

So, in a simple way, these stylistic shifts have an expressionist sense. Of course, there’s also more aesthetic reasons for some juxtapositions. The strobe effects are often used to accentuate the dramatic sense of the music rhythm or the incursion of opposite movements. Some expanding backgrounds accentuated the chord progression and the release of the movement tension. The use of colours created contrasts in an emotional way. After all, this video is, first of all, an emotional animation.

What were the qualities of Holly Herndon’s An Exit which made it the correct musical accompaniment for the film?

Well, my path through this video had a symbiotic relationship with Holly Herndon’s An Exit. A real one. I started listening to this song at the beginning of my animated dance experiments when I still didn’t have a real project in mind. And it was only by chance. Little by little, my idea for the concept fitted the lyrics and the general mood, and the song nourished my intention. It’s like a love at first sight, nothing is really explainable but you know the mysterious perfection behind it. So, An Exit was simply the perfect title and song and intention for this project.

The current projects are many, to be honest. But one of the things I’d like to face soon is a proper short film form. We’ll see…