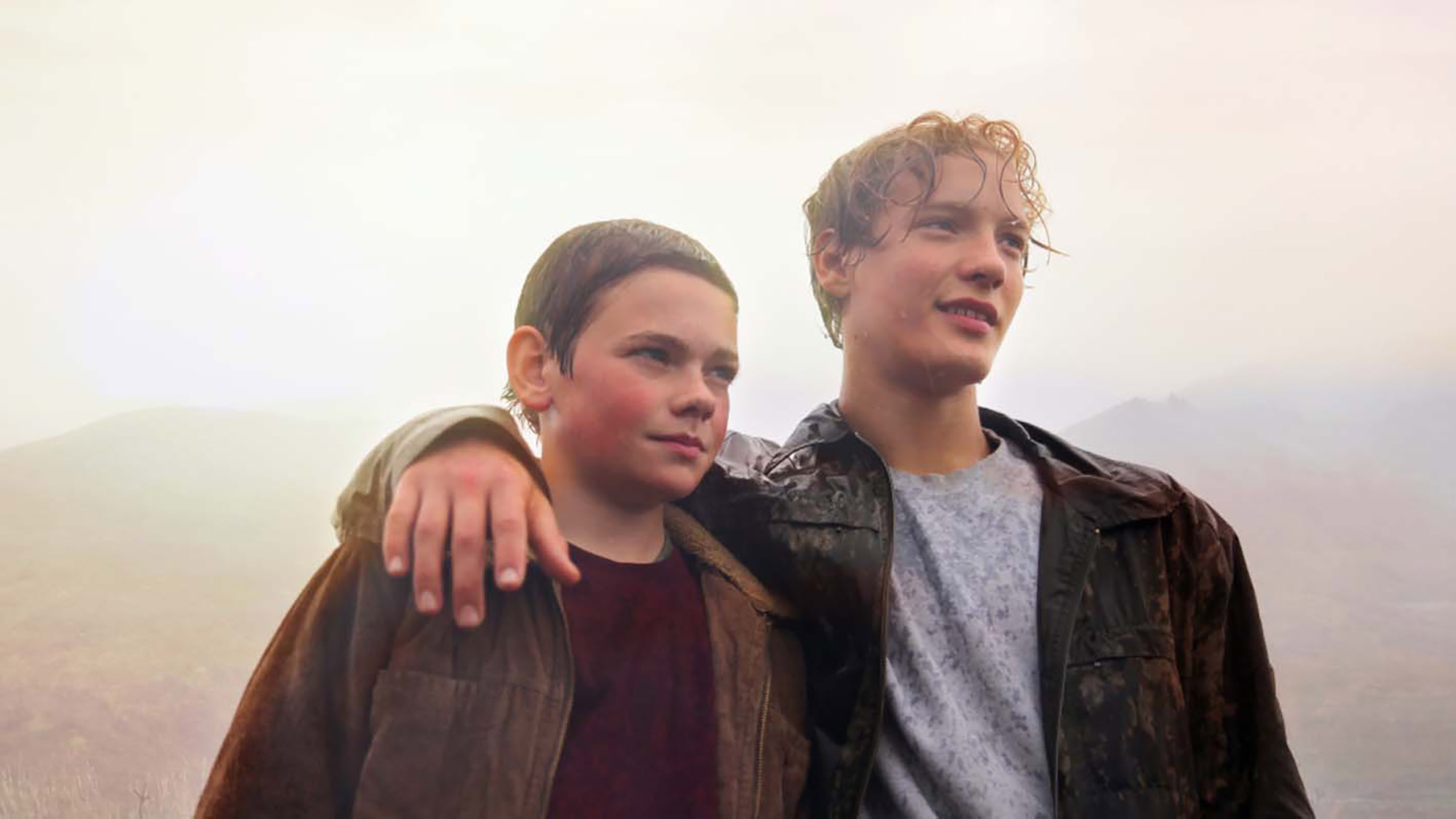 It may have been my first time at BFI Flare, but it definitely won’t be my last. It’s been a fruitful festival full of laughs, sighs, a few tears, many, many coffees and like I said in my preview article, great conversations. MarBelle, our editor-in-chief, warned me prior to attending that it might be difficult to maintain contact with him in, his words, “the heat of festival madness”. My naivety, initially, maybe got the better of me but he was right. I managed to maintain a fair amount of social media presence but that was alongside organising interviews and screenings, meeting people, prepping thorough and (I hope) interesting questions, editing articles, submitting articles, catching up on the online library of shorts, taking pictures and, of course, trying to find time to eat, all within the small window of time between screenings. This isn’t to bemoan the festival experience as a journalist, in fact, it’s on the contrary. I’d like to think that, actually, the journalistic festival experience thrives in the ‘heat of festival madness’. That, maybe, it’s the natural state of coming together to celebrate where the lines of gender, sexuality and cinema cross. So, let’s talk films.

On the first day I arrived at the BFI Southbank with three minutes to spare (thank you, Southern Rail) for a press screening of After Louie which sees Alan Cumming star as Sam, a troubled New York artist, processing the grief of a friend he lost to AIDS via the outlet of a new film project. Sam also becomes entangled with a new younger man, Braeden, and the over the course of After Louie finds himself struggling with the evolving notion of queer ideology. He berates his new, younger man that “he’s got it easy” and that his generation “actually stood up and fought for their identity”. It was a good start to the festival with accomplished performances and plenty to ruminate on in regard to the state of queer activism. 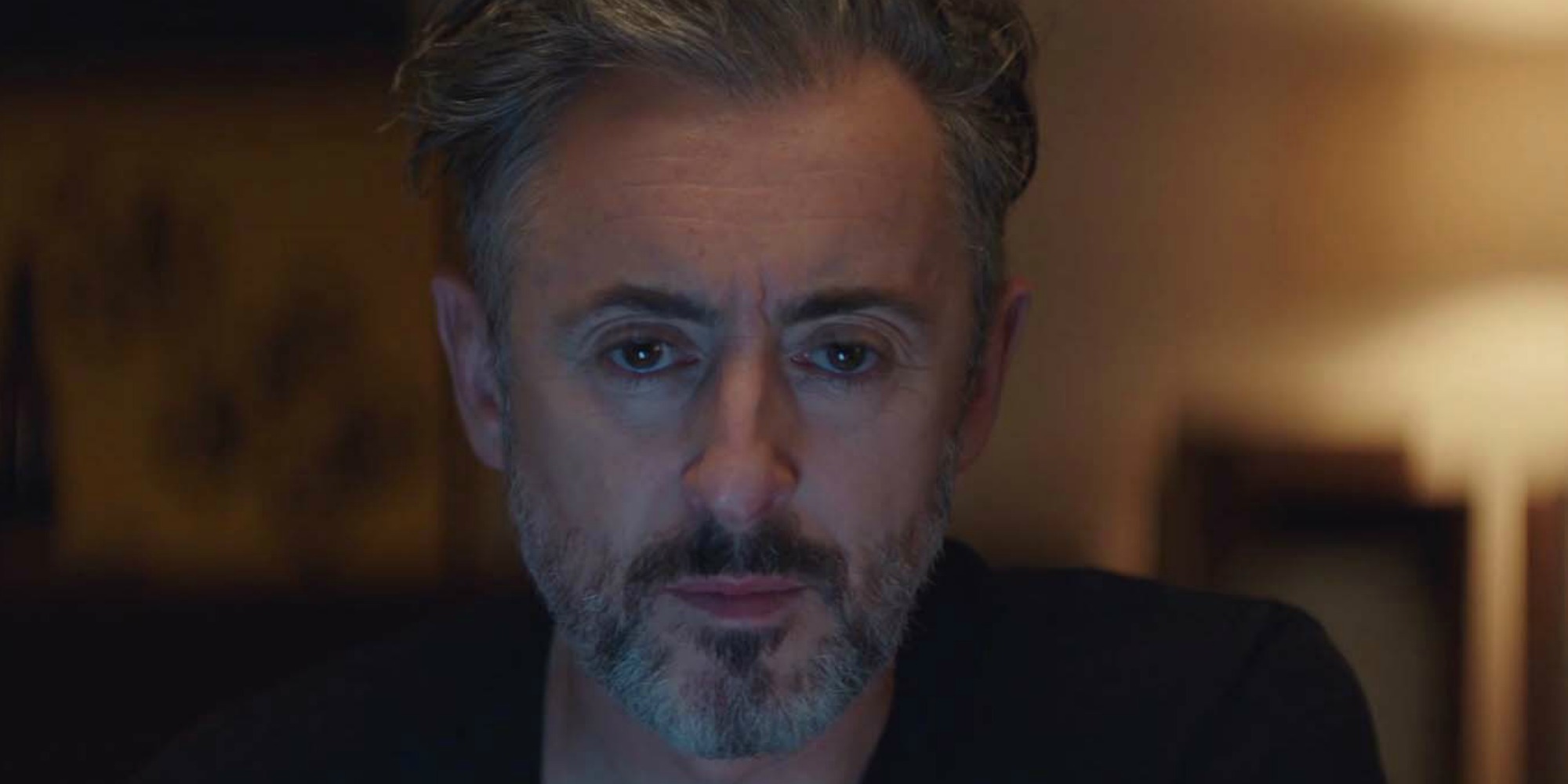 Next up was Our Love Story, a debut feature from Korean Director HyunJu Lee and probably my favourite film of the festival. It may have been the excitement of the festival but I got unapologetically swept up. Our Love Story is about a woman who, whilst receiving pressures from her friends to start dating men, becomes infatuated with a woman and begins to develop a strong romance. Whilst that may sound like a fairly by-the-numbers premise for a queer film Our Love Story isn’t about plot, it’s about mood and feeling, a shared look between two people, a gesture. It’s more about what’s conveyed between words than the words themselves. It’s an incredibly strong debut feature from HyunJu Lee and I can’t wait to see what she does next.

The final screening of day one was a shorts programme centred around brief encounters entitled, you guessed it, Brief Encounters. It began with Anthony Doncque’s 1992, the story of a teenage boy falling for a teaching assistant at his school, his relationship with his father and his growing obsession with filmmaking. It was a lovely story that featured a very powerful, revealing final shot. Second was 3 Friends from Michael Moody Culpepper, about a young Irish man coming to grips with his sexuality during a bereavement, the film is a lot more abundant in optimism that its premise sounds. It plays along wistfully avoiding crisis for moments of widening perspective. Following that was Arthur Cahn’s Herculaneum, a happenstance between two young adult men forming a relationship through a gay dating app. It’s a charming film that is as every bit contemplative as it is alluring. Finally was Peter Ahlén’s Perpetual (Mørke Rum), about a teenager exploring his first sexual encounter with a man he meets over the internet. It’s a beautiful film, well acted and a humorous exploration between the difference of a first romance and a hookup. 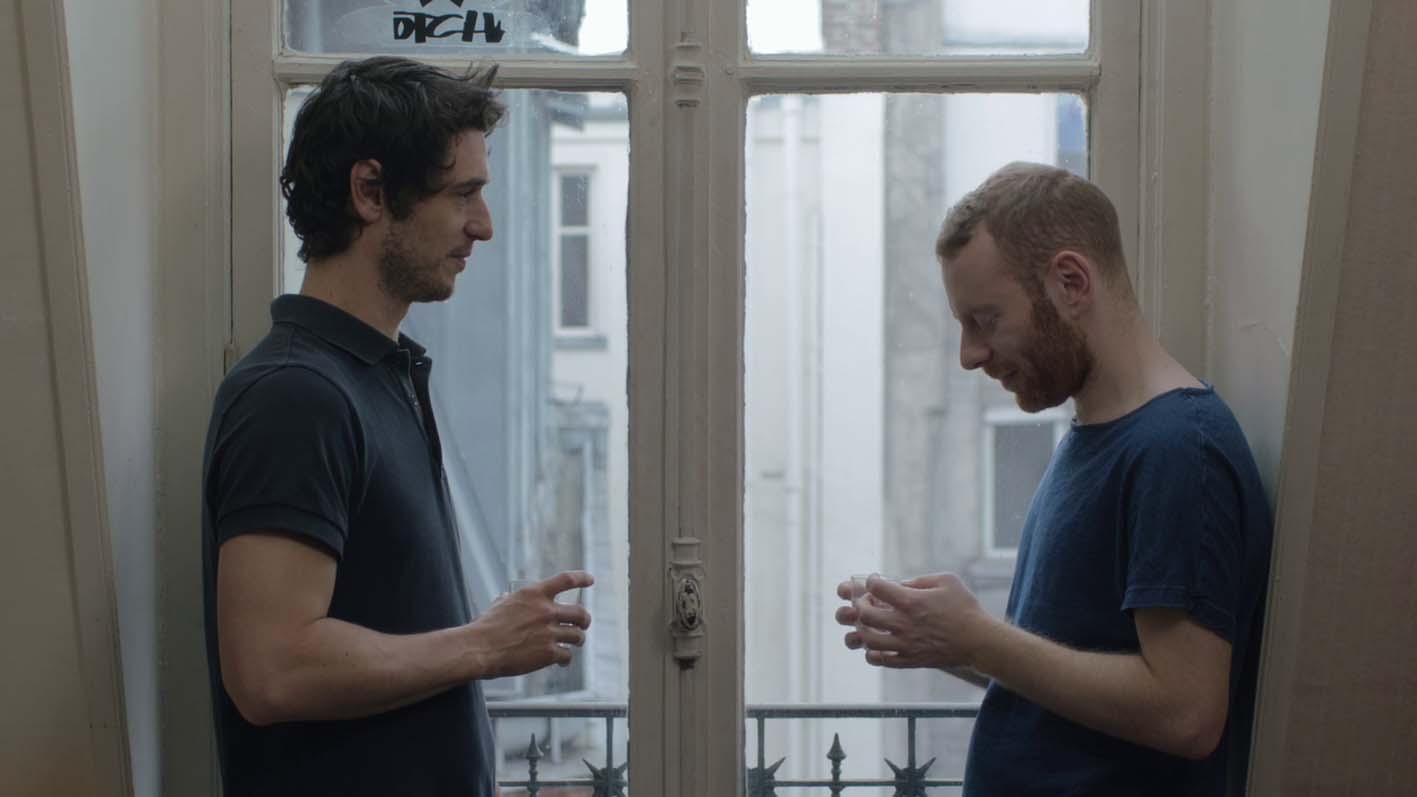 During my days off I managed to make good use of the online viewing library which showcased the breadth of selection that BFI Flare offers, making it possible to catch what I was unable to see due to clashing and sold out screenings. Everything from experimental cinema to short documentaries, interviews, and genre films is covered at Europe’s largest LGBT film festival. Of particular note were two separate documentary profiles called Alice and Ayla both made by Fox Fisher and Lewis Hancock as part of a wider film project of 25 trans based films all over the UK. Alice and Ayla centre on a short life documentation of how their gender factors into lifestyle considerations of career, age and social life. They’re both tenderly shot with the utmost respect for the subject matter. Other highlights included the British film Crush from first-timer Rosie Westhoff, which centred around the first teenage flutter of romantic desire, which made great use of the iconic pull zoom shot from Jaws and Matt Wolf’s Bayard & Me, a short documentary about the life of Martin Luther King’s advisor, told from the perspective of his boyfriend. It was an eye-opening portrayal of such a charismatic and subtly influential man, and easy to see why it also screened at the Sundance and Rotterdam Film Festivals. 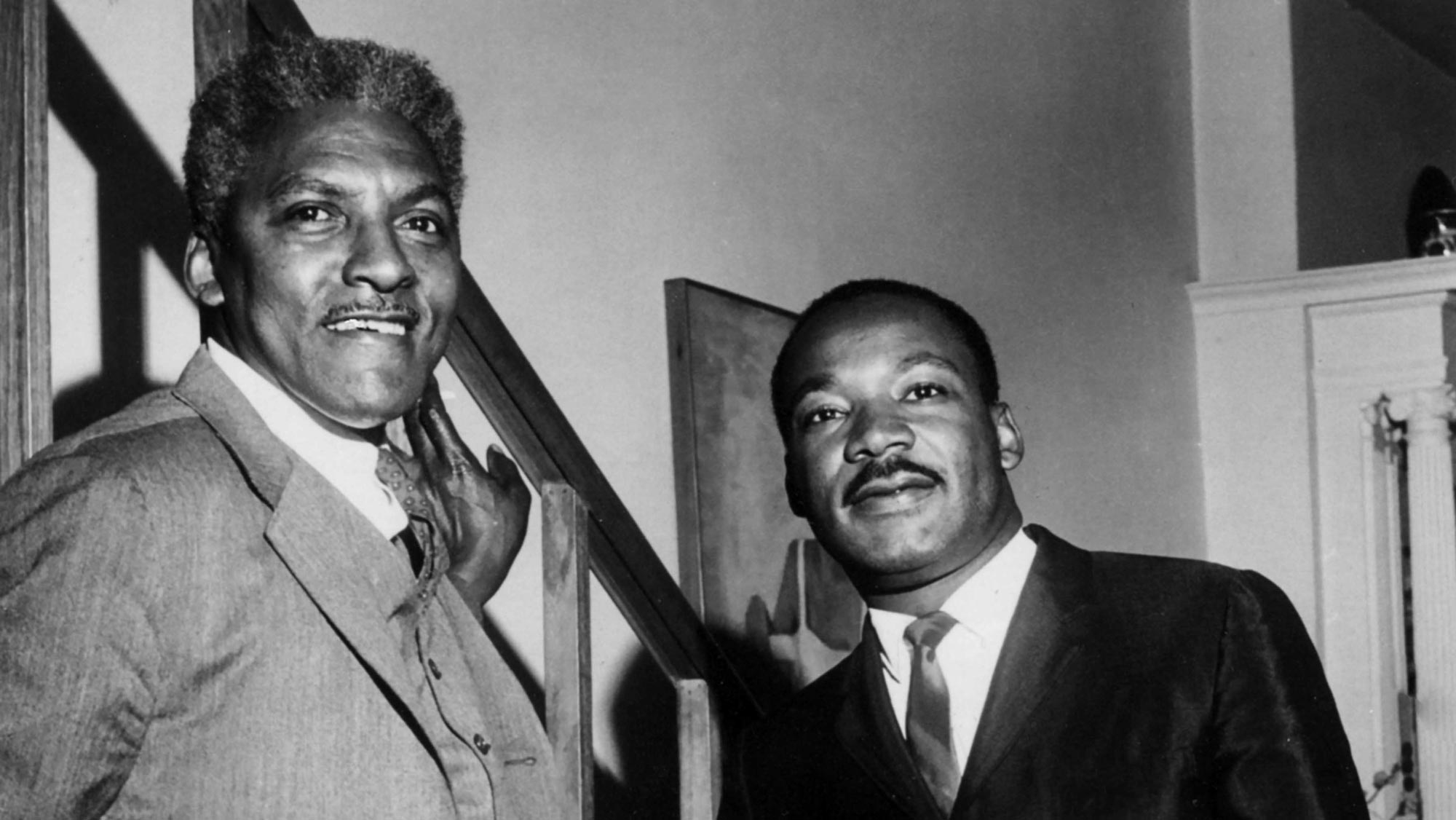 The next few days at the festival didn’t let up on the pace. After watching many of the shorts I wanted to dip into a few features. One of the standouts was Heartstone on the Wednesday which, to me, felt reminiscent of Clio Barnard’s The Selfish Giant, with remnants of Ken Loach’s Kes. Set on vast Icelandic plains, Heartstone follows two young boys, one developing his first crush towards a girl, the other towards his friend. It reminded me of The Selfish Giant, not in narrative but in its representation of young, working class teenagers. It didn’t flail on its approach towards the honesty and emotion and Guðmundur Arnar Guðmundsson captures really impressive performances from his cast.

My festival finished with a press screening of the Special Presentation and Closing Gala feature Signature Move, Jennifer Reeder’s comedy/drama about an American Pakistani lesbian experiencing the tests of a newly formed relationship with her Mexican partner whilst taking on the new hobby of pro wrestling. For me, it worked at its strongest when it was exploring the challenges of different religious upbringings and embraced its light tone, a welcoming shift in pace. 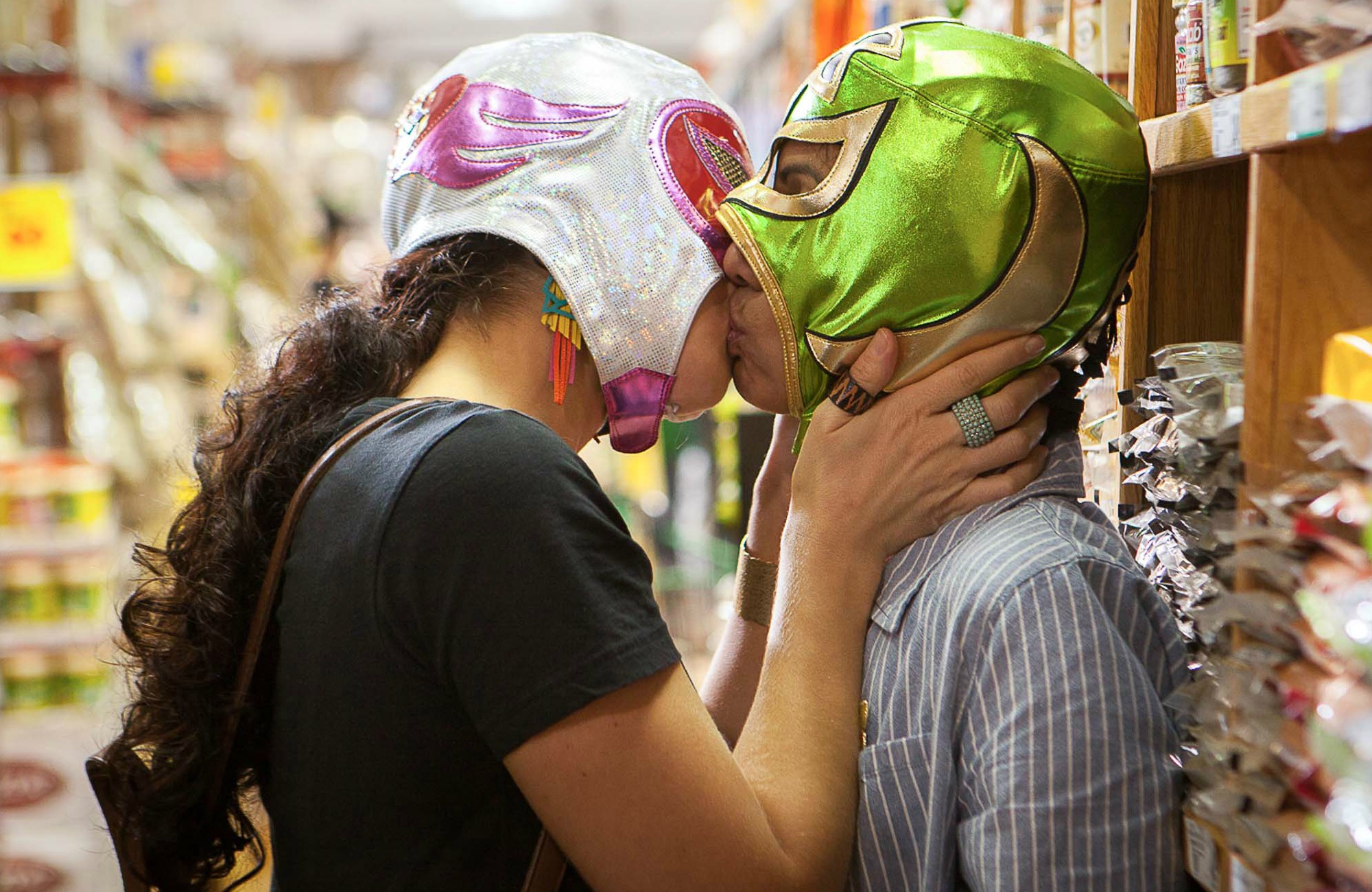 All in all, it’s been a great first endeavour into the world of BFI Flare. It feels like a very special festival that is constantly on the rise, the BFI Southbank is a great venue and, as always, it’s fantastic to be reminded of the sheer popularity of independent, explorative and defiant cinema.