Deception, Mystery and Noir Are All on the Menu in Jack Perry’s ‘A Girl Goes For Dinner’

Playing in the The Shortest Nights’ Thou Shalt Not Kill category, A Girl Goes For Dinner is a stylish noir throwback playing with the tension and mood of a first encounter. A gentleman has advertised for someone to eat dinner with, a girl agrees and meets him, yet both his and her backgrounds, motives and agendas are hidden. The plot twists and turns and director Jack Perry plays with expectation. We spoke with Jack ahead of The Shortest Nights event to talk influences, short film and the camera playing detective… 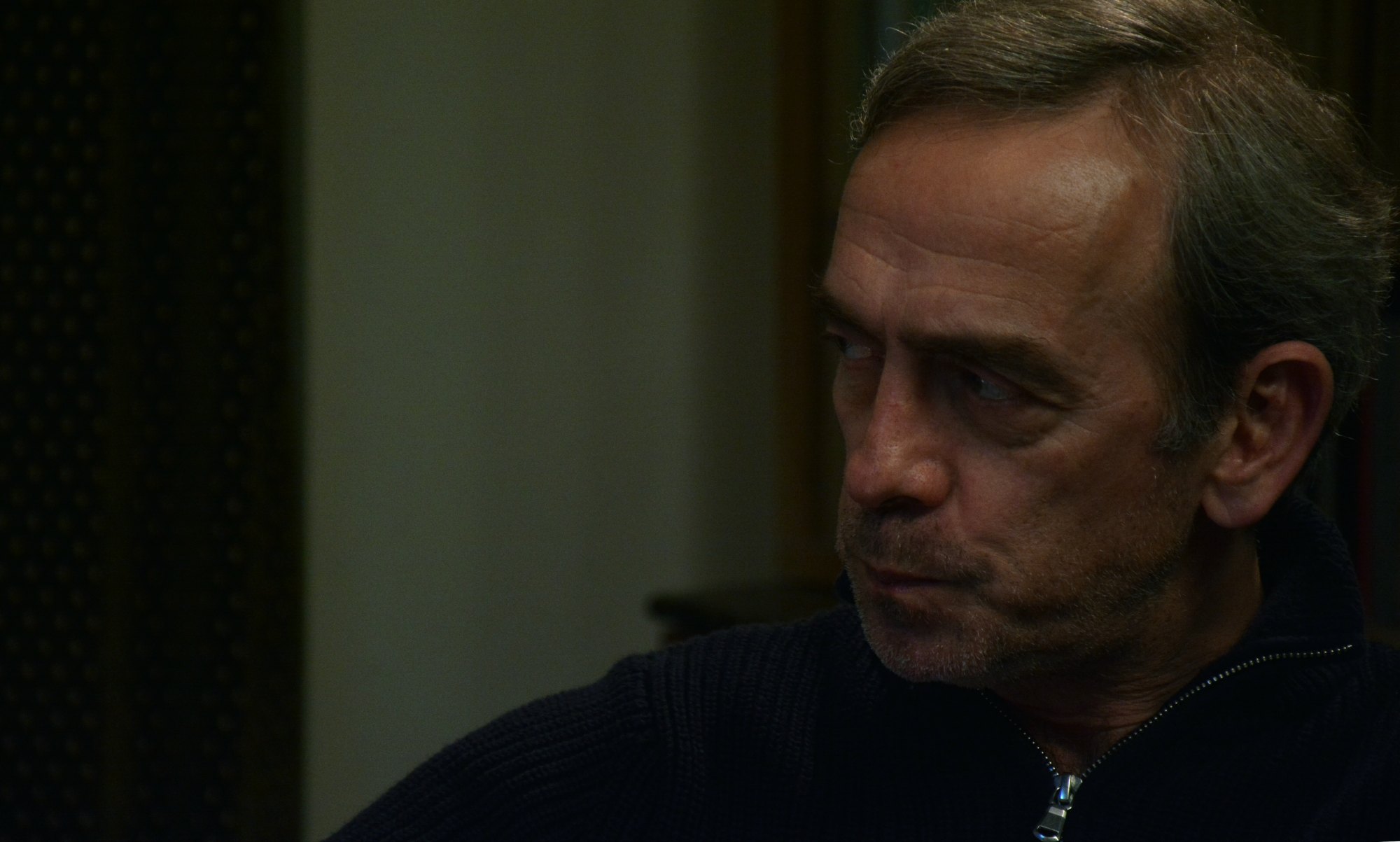 Where did the idea for A Girl Goes For Dinner come from?

In truth, the idea came about very quickly with the bones of the story, the main beats of the narrative and its central structure conceived in one day. But that afternoon’s writing came off the back of two months of absorbing narrative content. Following the completion of my degree I was lucky enough to spend practically most of those months sat in my flat watching TV, films and playing video games. During those months, my main inspiration came from Alfred Hitchcock, Denis Villenueve and Neil Druckmann’s The Last of Us.

The interplay between filmmakers and audience should be playful rather than educational.

My key ambition was to create a film that worked like a little puzzle; something to be investigated. I feel that it is really important that a film works ‘with’ the audience rather than presenting set ideas with the end goal being that people “got the point”. The interplay between filmmakers and audience should be playful rather than educational. 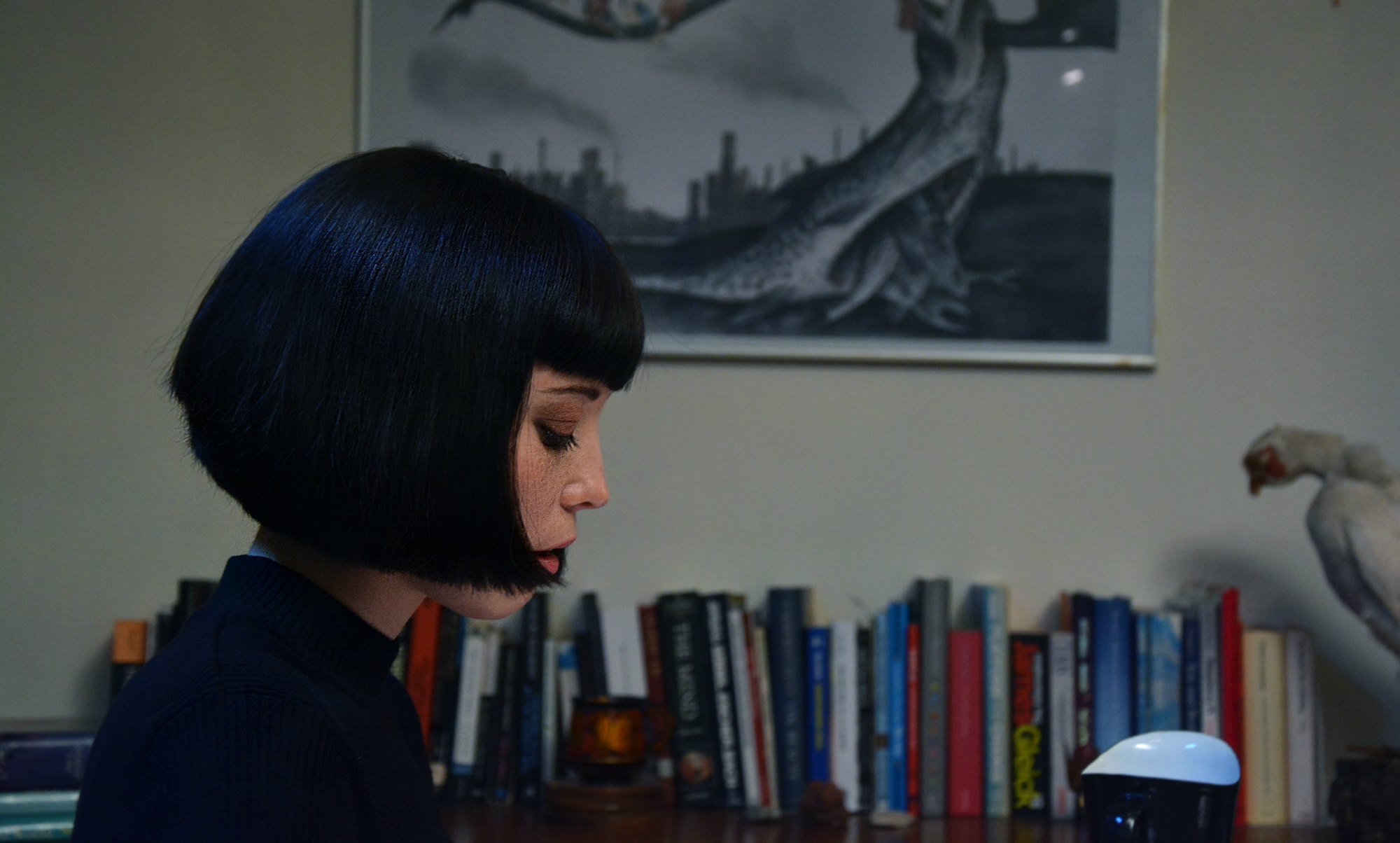 I really enjoyed how the story evolves, you’re initially cautious about the man but subtly the girl becomes just as mysterious. Could you talk about the writing process and how you wanted to portray these characters?

Following the brief period of nailing down the narrative structure, creating the dialogue between these two characters was a much longer process. The bulk of the film concerns the central dinner sequence which loosely sits in 3 parts. My Cinematographer, Mads Junker, often spoke of this as a boxing match, with each fighter feeling out their opponent in each round. It was important that each round revealed something new about the psychological make-up of the two characters, and offered clues to the audience as to their reasons for being at this dinner. On a second watch, armed with knowledge of the ending, I hope that a lot of the clues become quite explicit, especially where ‘The Girl’ is concerned.

I think the short film form is the perfect size for stories that bring together a narrative thread or two, simmer just long enough to peak an audience’s attention, and then spin in a different direction.

I’m asking this to each filmmaker playing The Shortest Nights festival – why short film?

As touched upon earlier, I think the short film form is the perfect size for stories that bring together a narrative thread or two, simmer just long enough to peak an audience’s attention, and then spin in a different direction. Wolfgang and Christoph Lauenstein’s Balance as well as Christopher Nolan’s Doodlebug are nice examples of this, with satisfying endings. Perhaps it’s the wrong thing to say, but I couldn’t see A Girl Goes for Dinner as having any potential as a feature-length narrative, it’s a short thriller, which is in itself a pressure cooker of a genre, and to increase the length would simply reduce the tension and dissipate the mystery.

The film’s striking in many ways, the lightning and cinematography is stylised and even the name of the film is quite provocative, what was your intention for this?

The film’s title obviously harks back to Film Noir and plays around with the post-modern feel of the project, which references the classic crime thrillers of the 40s and 50s in its structure. The camera’s role is the detective of the film, prowling around the space searching for clues, revealing hints, depicting the shifting balance of power between the two characters. But we set this classical voyeuristic approach against a Nordic neon glow, which has recently been brought back into fashion by Nicolas Winding Refn. We were lucky enough to have Danish gaffers over for the shoot, who collaborated beautifully with the other Danes on our project: predominantly our cinematographer, but also our production designer, in order to cast demonic light refractions off the cutlery, and our costume designer too.

And as a follow up, what were your influences and how did they affect your approach with the film?

I’ve mentioned a fair few references so far, but we were also influenced by Zvyagintsev’s Leviathan, more specifically Hitchcock’s Vertigo, Michaelangelo Antonioni’s L’eclisse and Tom Waits’ Goin’ Out West which we finally included in the project.

Do you have any new projects in the pipeline?

At the moment I’m just working on a few different scripts and looking for funding for one or two new short film ideas, the most recent of which is a black comedy which revolves around two Irish teenagers who experience mixed fortunes on a lazy summer afternoon.