Earlier this week we took our first look at Primavera Sound’s My Favourite Music Memory – an ongoing series marrying the skills of some of Barcelona’s most talented animation studios with the personal audio recollections of luminaries from the world of music. Today the triumvirate that is Nice Shit Studio walk us through their delightful interpretation of Interpol frontman Daniel Kessler’s fond recollections of his older brother’s influence on his own musical path.

It all started with our great friends at Device. They had done the first one of the series a while ago. This was such a beautiful thing that lit the fire for the rest of the episodes, where Seba Baptista, Bungalow and us got the invite to get involved. We are all close friends so this added a nice feeling to the whole thing. We had moved the studio from Buenos Aires to Barcelona only a few months back, and this was the first email we received in Catalán, so the first thing we did was to copy-paste to Google Translate…it was a beautiful surprise.

The first thoughts were to realize that this was an amazing opportunity, the exact type of project we were chasing. We are big fans of the California Inspires Me and The Junction series, to name a few, and, besides of enjoying all those amazing videos, we always had the “I wanna do one of those” feeling. It felt really nice being part of the selected Barcelona based studios, we couldn’t have asked for a better welcome gift.

Regarding style and so, we were given almost complete freedom. They sent us a small colour palette, which could be altered and extended, but it helped to link the other episodes as a series. They also suggested to try to maintain a night mood.

Regarding the process, we usually get a written script, but in this case the recording came first, so we did the first edit on it and then typed it down. We are aware that the most important stage of any project is storyboarding, there is a lot of freedom at this moment but also a lot of responsibility. You are pretty much deciding what is going to happen from now on.

We do the storyboarding the three of us together, one pencil in each hand and all trying to speak at the same time, it sounds chaotic but it works! We have now created a template grid on a big piece of paper, where 16:9 post-its fit perfectly, you can move them around easily and it also gives you the chance to see the whole thing at a single glimpse. A cool thing we discover with this one is that you can put one post-it on top of other and have some transitions/jump-cuts in a single slot. Pretty cool, ah?

Once we are happy with this we take ‘our roles’. The three of us design and animate, but each of us have our strengths. We sometimes describe this as if Rodier is in the design side, Guido in the animation side, and Carmen right in the middle. “La Jefa” brings the balance. We had the chance to invite three of our favourite animators and dear friends to each take on a scene, having Olivia Blanc, Gabriel Fermanelli and Leo Campasso involved was a total luxury. 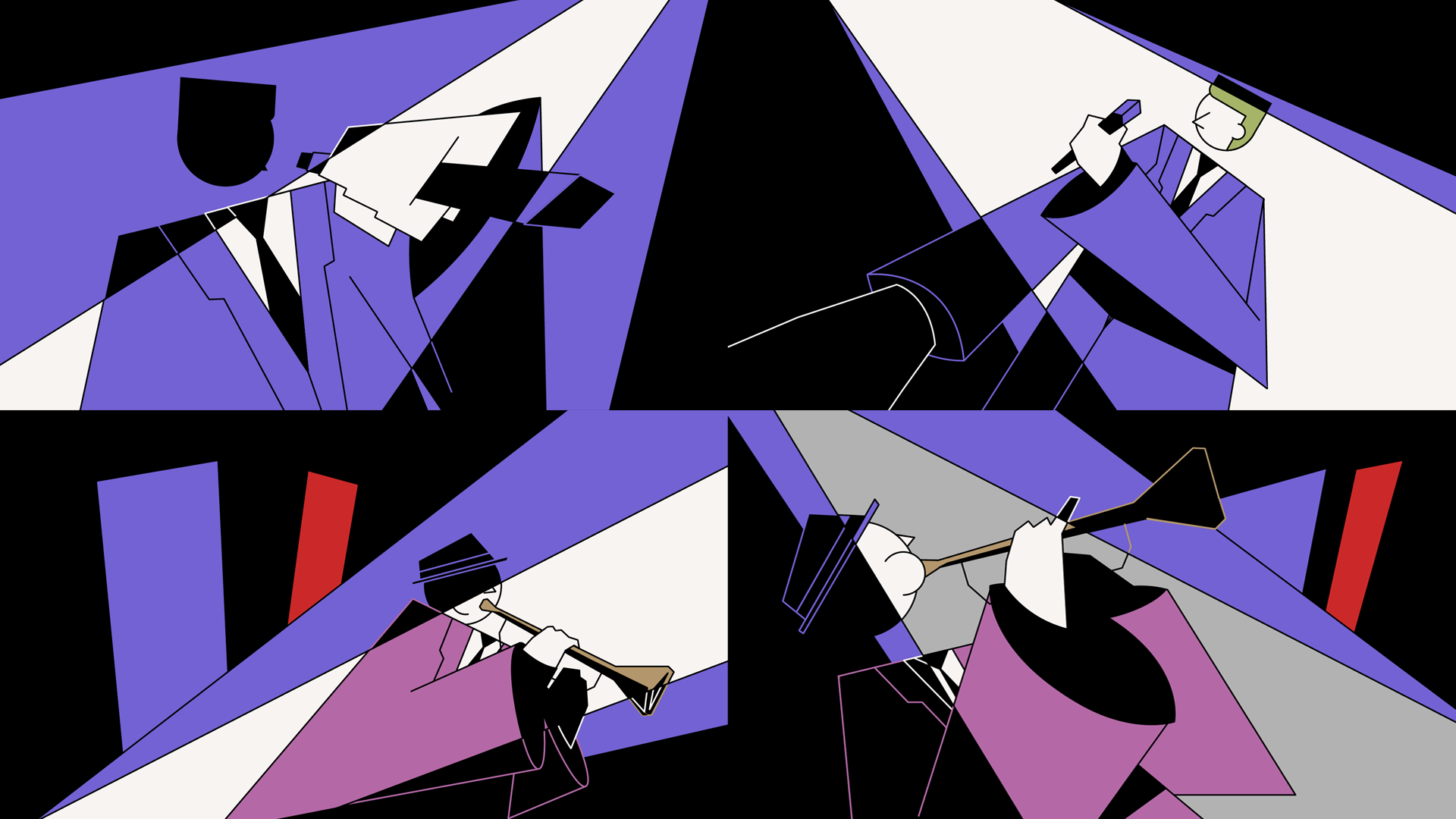 Having such freedom in a brief, for such a cool project, can sometimes be tricky. Aesthetic wise it can get rough to start narrowing down the options: shall we do a mixed media project? Some hand painted aquarela textures? This is a 2 minute video, so finally we decided to go for a style that we knew, that felt ours, but this time, do it better than ever.

We always kept in mind that this wasn’t a commercial piece, that there was no need to be literal.

Another tricky obstacle was that the V.O. we received wasn’t complete, somehow the recording stopped in the middle of the interview without anyone noticing. This one was tough while doing the project, but now it’s just a funny anecdote!

We wanted to tell a sensitive story, a human one. Moving at a slow pace but keeping it interesting. We always kept in mind that this wasn’t a commercial piece, that there was no need to be literal and it was more powerful to create a whole sensation and mood than to translate each word to images.

We also wanted to show what we are capable of, here we are, and we want more.